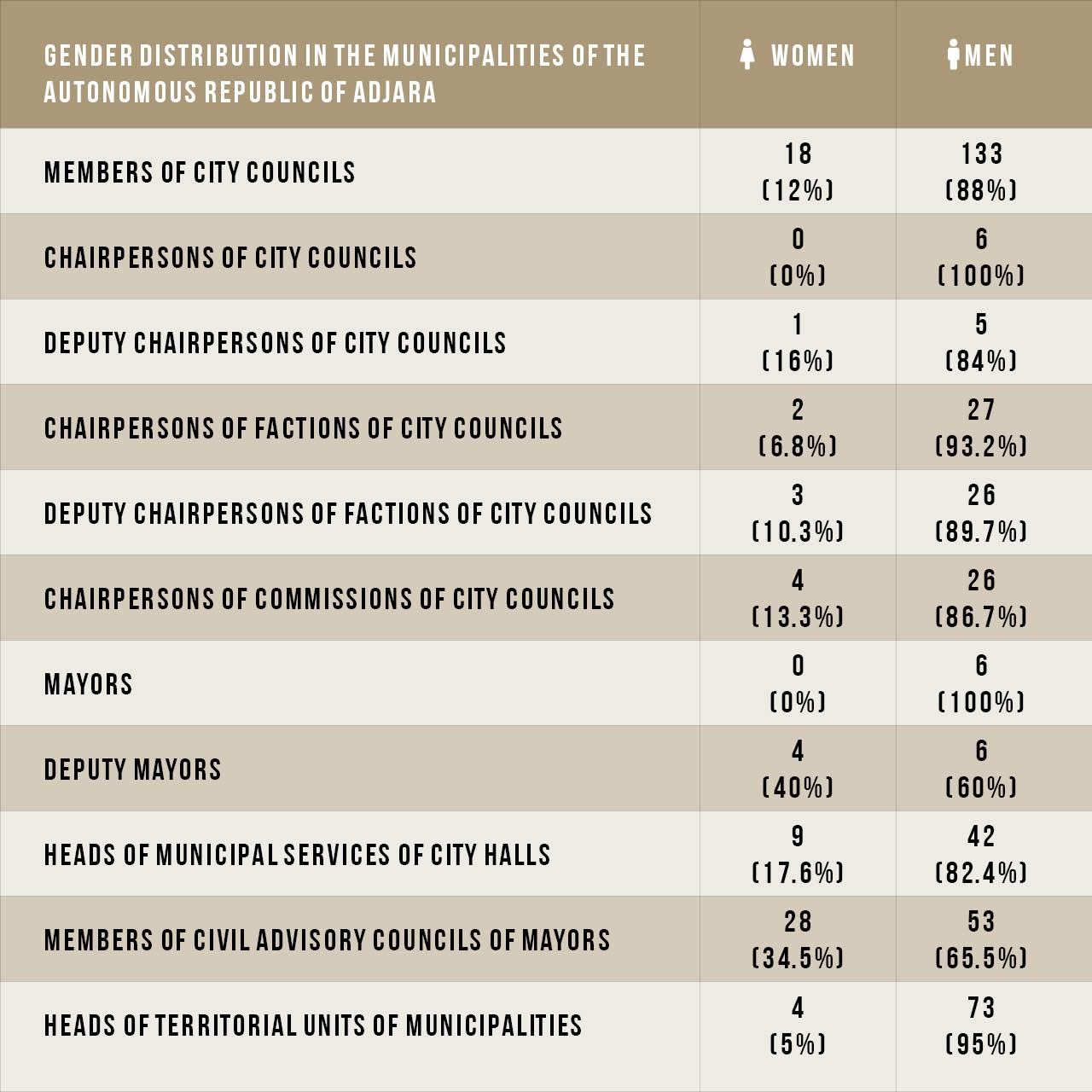 The representation of women in the city councils of Adjara has increased, although, in spite of this, there is a significant gender imbalance in the self-government bodies, especially in the executive organs of the municipalities.

As a result of the local self-government elections of 2017, women received 12% of the seats (18 seats) in the city councils of 6 municipalities of Adjara (Batumi, Kobuleti, Khelvachauri, Keda, Shuakhevi, Khulo), which is 4% more that the seats obtained in the 2014 elections. Among these municipalities, women received the most seats (6) in the City Council of Kobuleti and the lowest number of seats (1) in Keda. In addition, Kobuleti is the only municipality where the deputy chairperson of the city council is a woman. 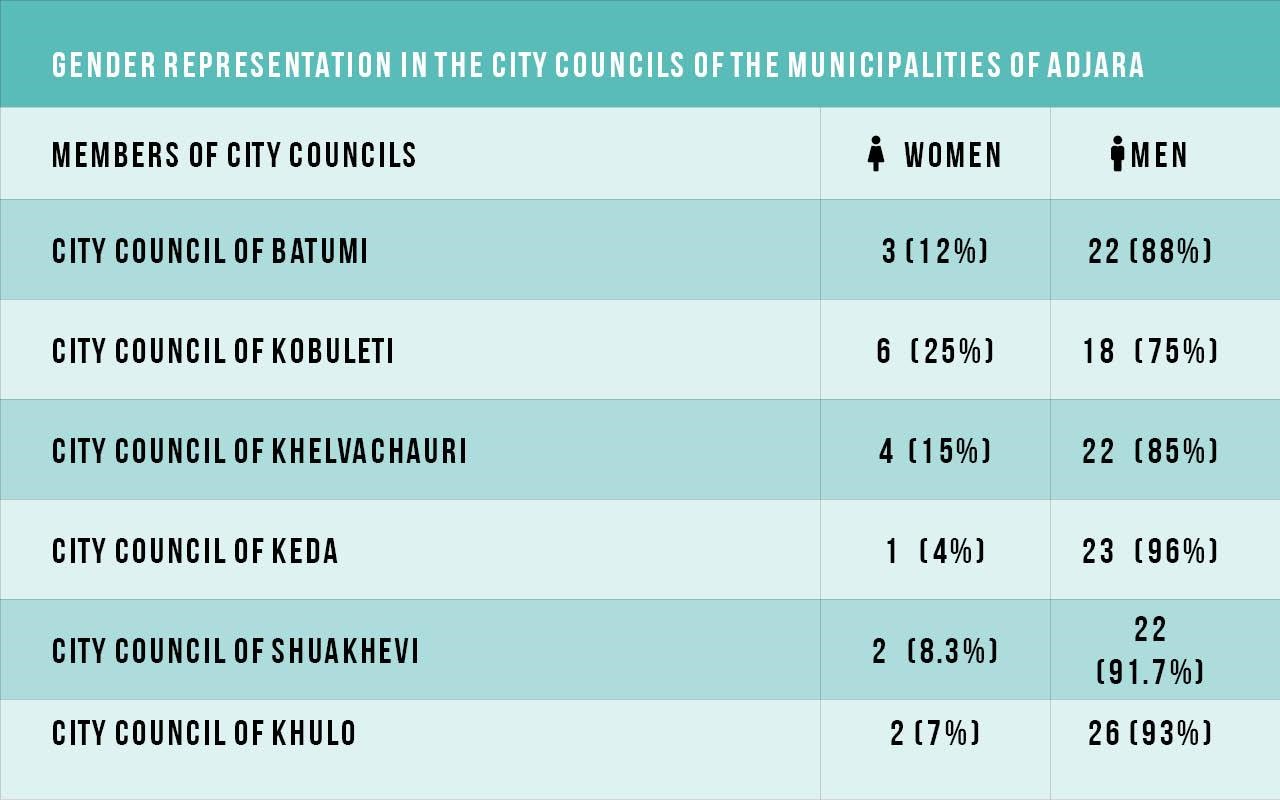 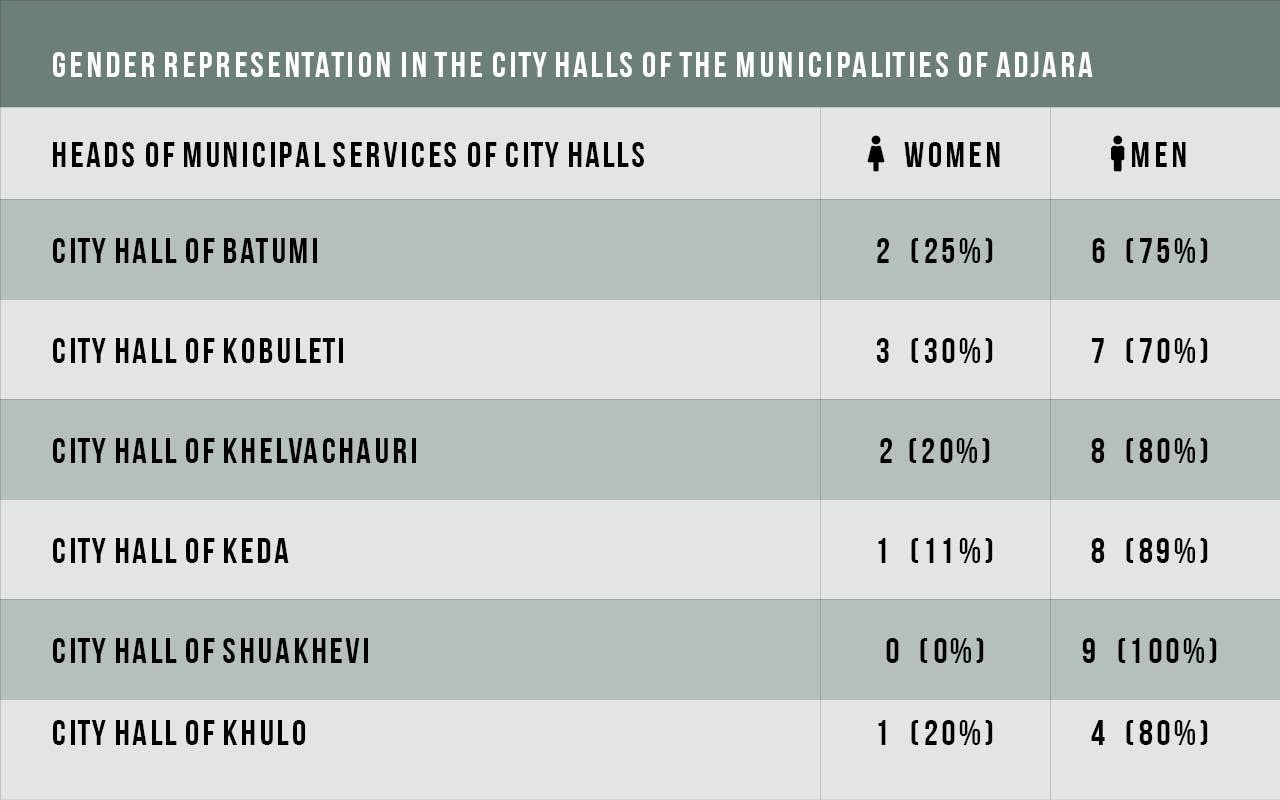 In the civil advisory councils of the mayors of all the municipalities, 28 out of 81 members (34.5%) are women, by which the municipalities comply with the norm of the Local Self-Government Code according to which the number of representatives of either gender must not be fewer than ⅓. 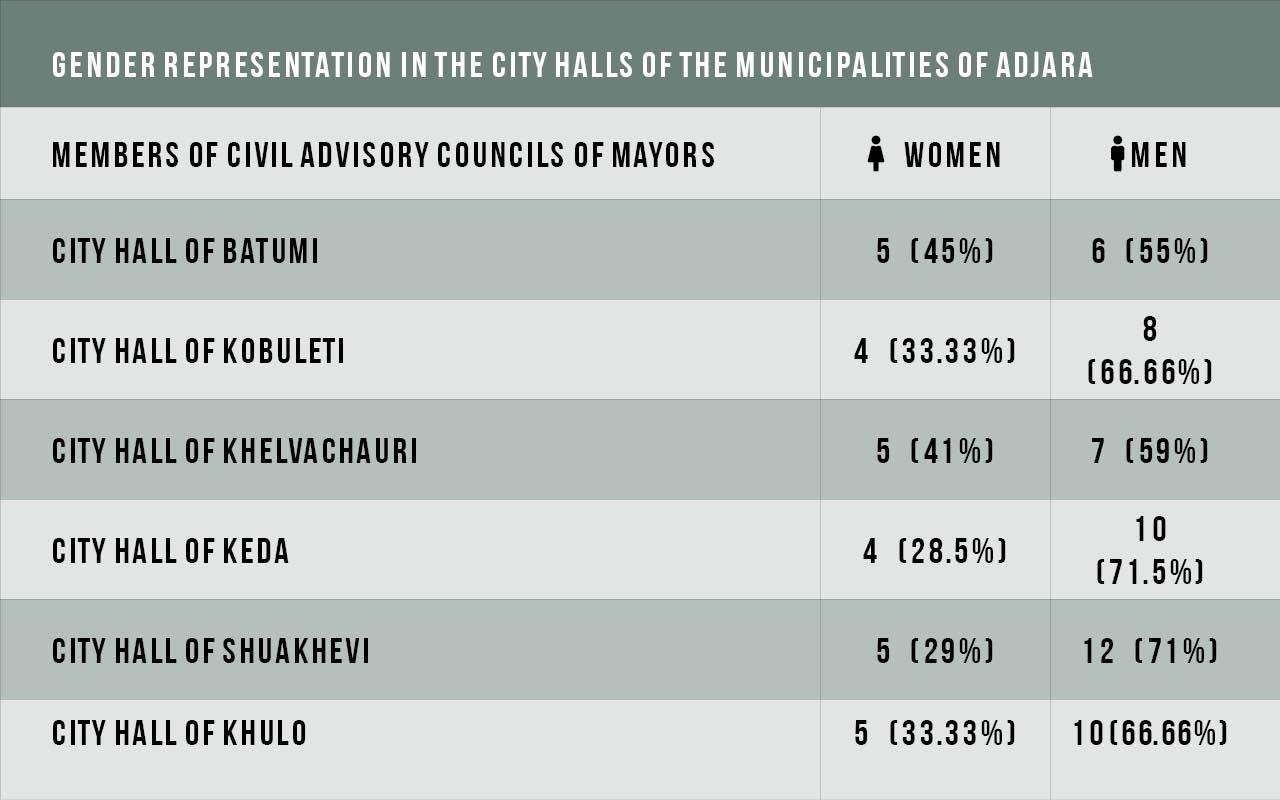 Women’s representation is even lower in the executive organs of self-government. In addition to the fact that none of the mayors of the municipalities is a women, women serve as deputy mayors only in Batumi and Shuakhevi. As for municipal services of city halls, only 9 out of the existing 51 services are headed by women. It is especially noteworthy that only 4 out of 77 territorial units in the region’s municipalities are governed by women (3 in Kobuleti and 1 in Khelvachauri). 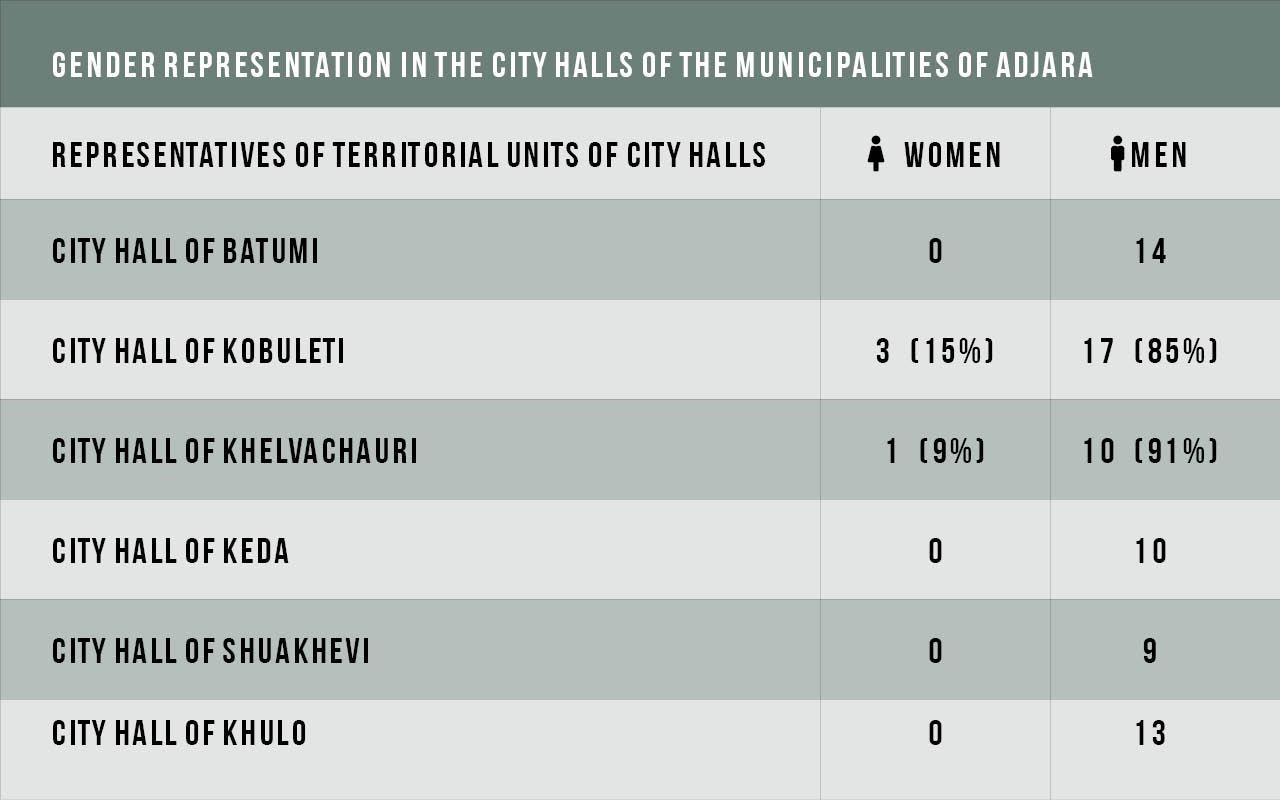 Violations identified in the declarations of Dedoplistsqaro Municipality officials

Access to Public Procurement Database in Georgia Remains a Problem