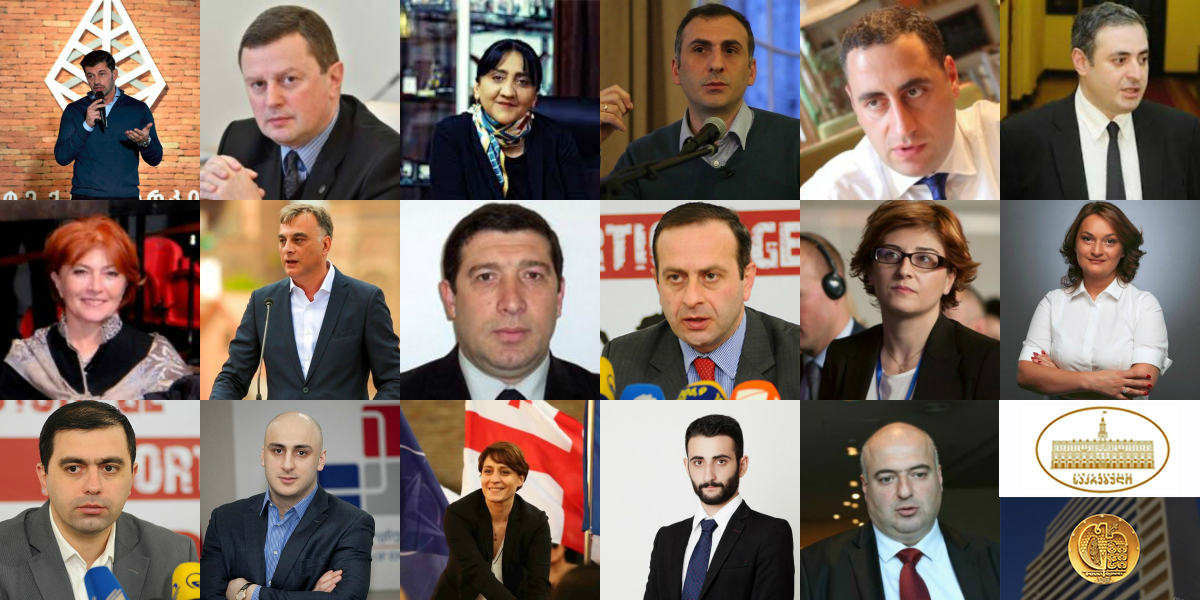 Transparency International Georgia  presents information on the property and business interests  of Tbilisi Mayoral candidates and first numbers of Sakrebulo party lists,  collected from the study of the Public Registry database and property declarations of the relevant persons. 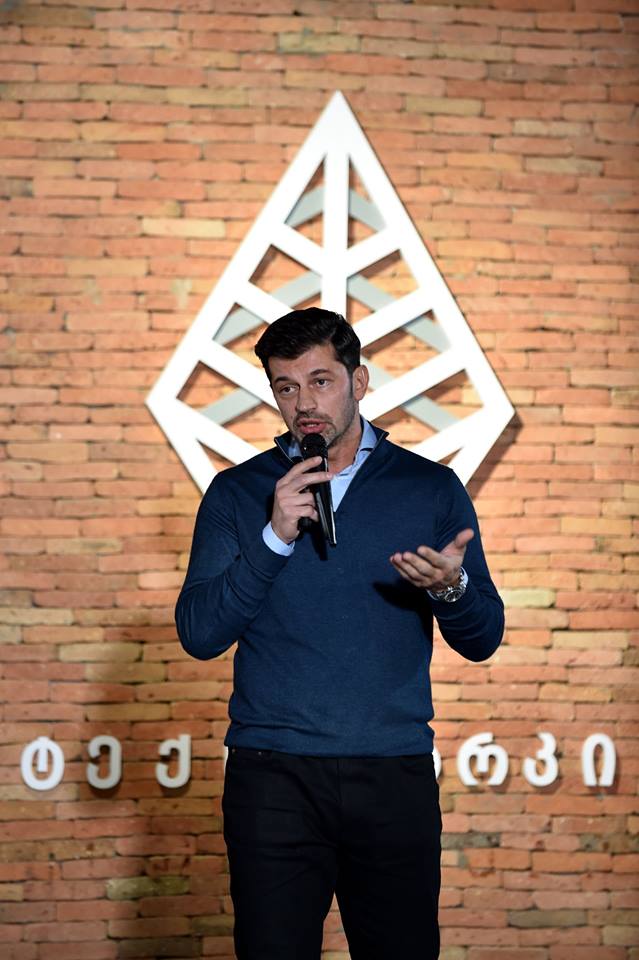 Football player Kakha Kaladze became a member of the Supervisory Board at Progress Bank in 2008. Since 2011, he is a member of the political council of the party “Georgian Dream - Democratic Georgia” and since 2013 he is the Secretary General of the party as well. In 2013-2017, prior to being nominated as a candidate for a mayor, he served as a Vice Premier and Minister of Energy.

Kakha Kaladze owns three paintings of Lado Gudiashvili worth of 190 000 US dollars; out of 3 paintings by Elene Akhvlediani, one was a present, while he purchased the other two 55 000 USD.

Kakha Kaladze is a 100% shareholder of Kala Capital Limited and Kolkheti ltd registered in Cyprus. 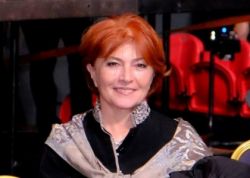 Since 2007, Marika Darchia has been a Creative Director of „Media Palitra“. In 1995, she established a PR organization „Tbilisi PR Center“. In the past, she was a member of Tbilisi Sakrebulo and chairman of Public Relations Commission. She worked for the Public Broadcaster. She was also a PR consultant at „TBC Group“, Association of Taxpayers and National Examinations Center. She is reading lectures at several universities.

According to the Public Registry data,  Marika Darchia owns agricultural plot of land (900 m2) in Kojori, village Kiketi. Marika Darchia is a director and owner of 12,5% share at „Ltd and Woman“.  She is also  45% shareholder of „Dro“ and director of the company. 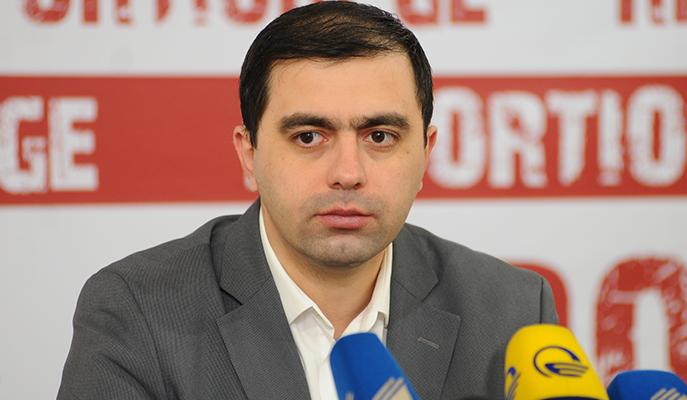 He is a Member of Parliament of 2004-2008 convocation, Chairman of the Faction “Democratic Front”. In 2010 he became a member of Tbilisi Sakrebulo. Since 2011, he is the chairman of the party “Free Georgia”.

According to the Public Registry data, no property is registered on the name of Kakha Kukava. Based on the last declaration of Kukava, his mother - Dali Shengelia owns a house and a plot of land in Tskneti.

From 30 June to 30 September 2017, Kakha Kukava has donated more than 43,000 GEL to “Free Georgia”, “New Rights”, “Alliance of Patriots of Georgia” and “Democratic Movement - United Georgia”. 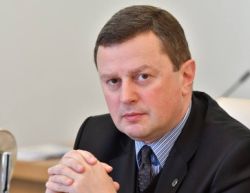 In 1984-1985, Dimitri Lortkipanidze worked as a laboratory assistant in the biological enterprise of the Central Union of Consumer Cooperatives of Georgia.  In 1992-1994 – in Information-Intelligence Service, in 1994 – in State Security Service, in 1995-1996 he was an assistant in Mtatsminda Department of Civil Defense Division; in 1999-2000 – chairman of Saburtalo regional organization of the Union of Citizens of Georgia. In 2000, he worked as a specialist in the department of relations with regional and local governing bodies at JSC “Sakgaz”. In 2003-2006, he worked at the National Strategy Research Center at TSU. In 2008, he became a member of the Parliament of Georgia by the list of the “United National Council”.

Dimitri Lortkipanidze last filed property declaration  at the end of 2012. At that time, he owned a flat on Alexandre Chavchavadze Street and agricultural land  (1500 m2) in the village of Martkopi in Gardabani municipality. Currently Dimitri Lortkipanidze is still the owner of the apartment located on Ilia Chavchavadze Avenue in Tbilisi and the apartment located on  Krtsanisi Street in Tbilisi. 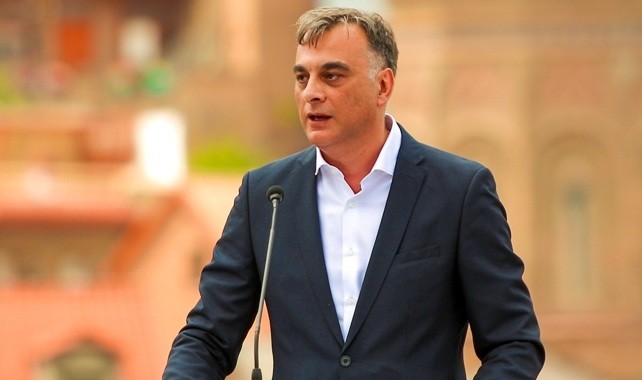 Zaal Udumashvili joined the United National Movement having a lengthy journalistic career behind his back. At different times, he was a journalist at the “Second Channel”, “Iberia”, and “First Channel”. In 2003 – 2017. He was an anchor of news program “Kurieri” on Rustavi 2. He was also the first Deputy Director General. 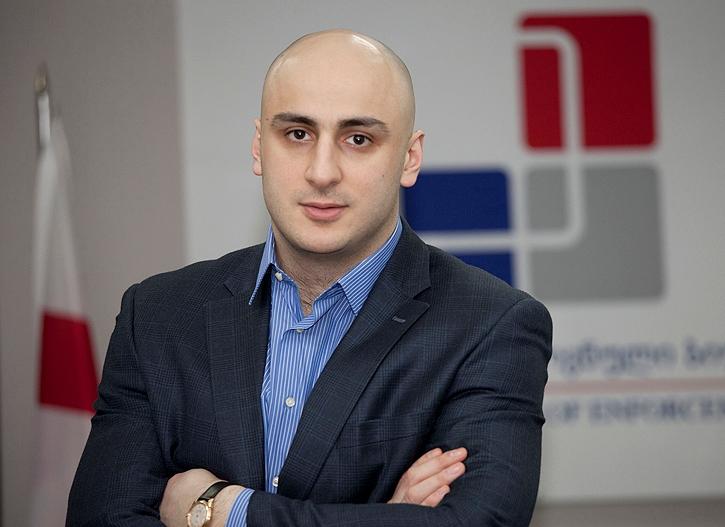 In 2002-2003, Nikanor Melia worked as a investigator in the Ministry of Security of Georgia; In 2007, he served as an advisor in the Department of Defense and Order of the National Security Council of Georgia; in 2007-2008, he was an advisor at the State Security Department of the same office. In 2008-2009 he was a deputy head at the National Bureau of Enforcement, in 2009-2010, he was the head of the same bureau. In 2010 he became head of the National Agency of Execution of Non-Custodial Sentences and Probation; in 2010 he became the Head of the Tbilisi Enforcement Bureau of the National Bureau of Enforcement; in 2010-2012 he was a Chairman of the same Bureau; In 2013-2014 he was Gamgebeli of Mtatsminda District. From 2016, he is a member of the Parliament of Georgia; meantime, he is the chairman of the political council of the United National Movement.

Property:
According to the declaration filed in December 2016, Nikanor Melia owns a flat in Tbilisi, on   Chonkadze Street, as well as a flat under construction and a garage  in Tbilisi, on Belinsky Street. 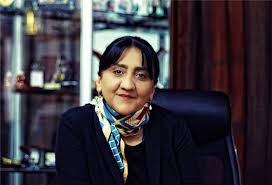 According to the property declaration submitted on 13 January 2017, she inherited 330 m2 plot of land plot in Tbilisi, on Kacharava Street and 2100 m2 non-residential area in Bazaleti. Sher purchased 49 m2 flat in Likani for   for 4900 USD. 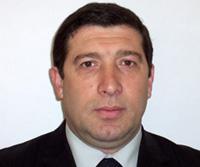 In 1985-1987, Gocha Tevdoradze worked as an engineer-cinstructor in Kutaisi Automobile Factory; In 1987-1989 he was an assistant at the department of theoretical mechanics at Kutaisi Polytechnic Institute; In 1987-1994, he worked as a teacher at several schools in Kutaisi; In 1993-1994 he was a teacher at the Department of Informatics and Mathematics Teaching Methodology at Kutaisi State University; 1994-1995 – Vice-Rector of Kutaisi Humanitarian-Pedagogical Institute; In 1995 – 2004, Director of Kutaisi Ioseb Otskheli Gymnasium.  Gocha Tevdoradze was a member of the Parliament of the sixth and seventh  convocations from the „United National Movement“. 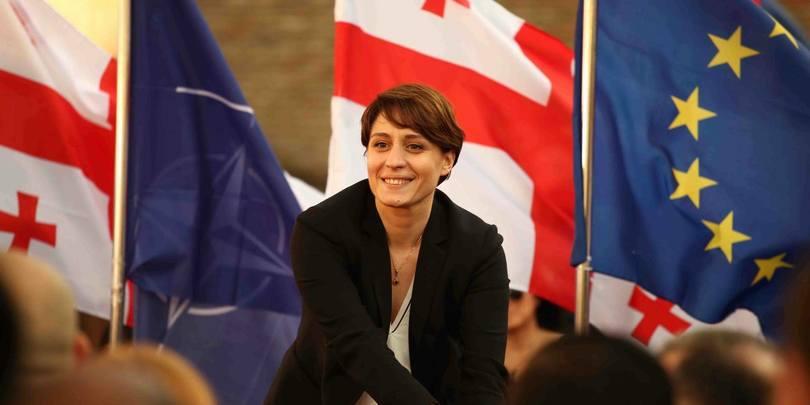 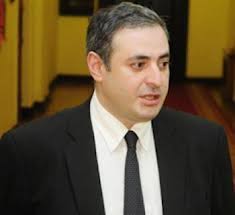 In 1997, Giorgi Gabashvili worked at the Ministry of Education, as a head of service; In 1998-2002 he was coordinator of the “Open Society Georgia” foundation; in 2000-2002, author of the TV program “Opinion”; in 2002-2003, he was a general secretary of the political union “United Democrats”; in 2004-2008 - Minister of Culture, Monument Protection and Sport of Georgia; in 2008, he became the first deputy head of the Presidential Administration of Georgia. Then, he was a Member of Parliament of VII and VIII convocations from the list of the United National Movement.

By the Public registry data, no property is registered on the name of Giorgi Gabashvili; his wife Irine Kldiashvili owns a flat in Tbilisi, on Phaliashvili Street. 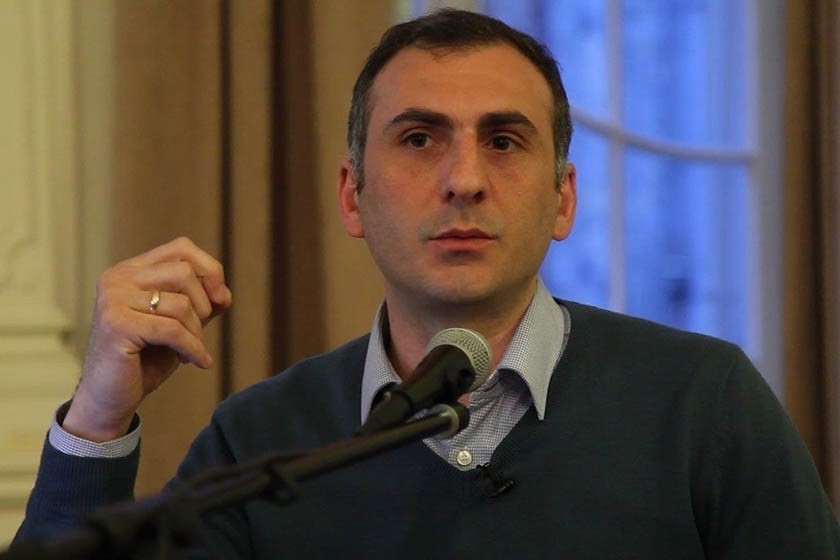 Aleko Elisashvili has been conducting journalistic activities since 1996. In 2006 he became Chair of “Tiflis Hamkari”. In 2014 he was chairing the Pardoning Commission. In 2014, he was elected as an independent majoritarian MP of Saburtalo district in Tbilisi Sakrebulo. In the same year, he became Director of the Research Center of Modern History of Tbilisi. 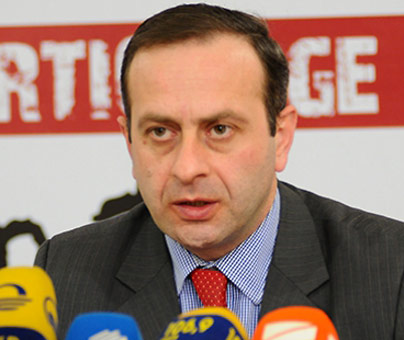 According to the Public Registry data, Giorgi Gugava owns an apartment in Tbilisi, located on Mirotadze Street. 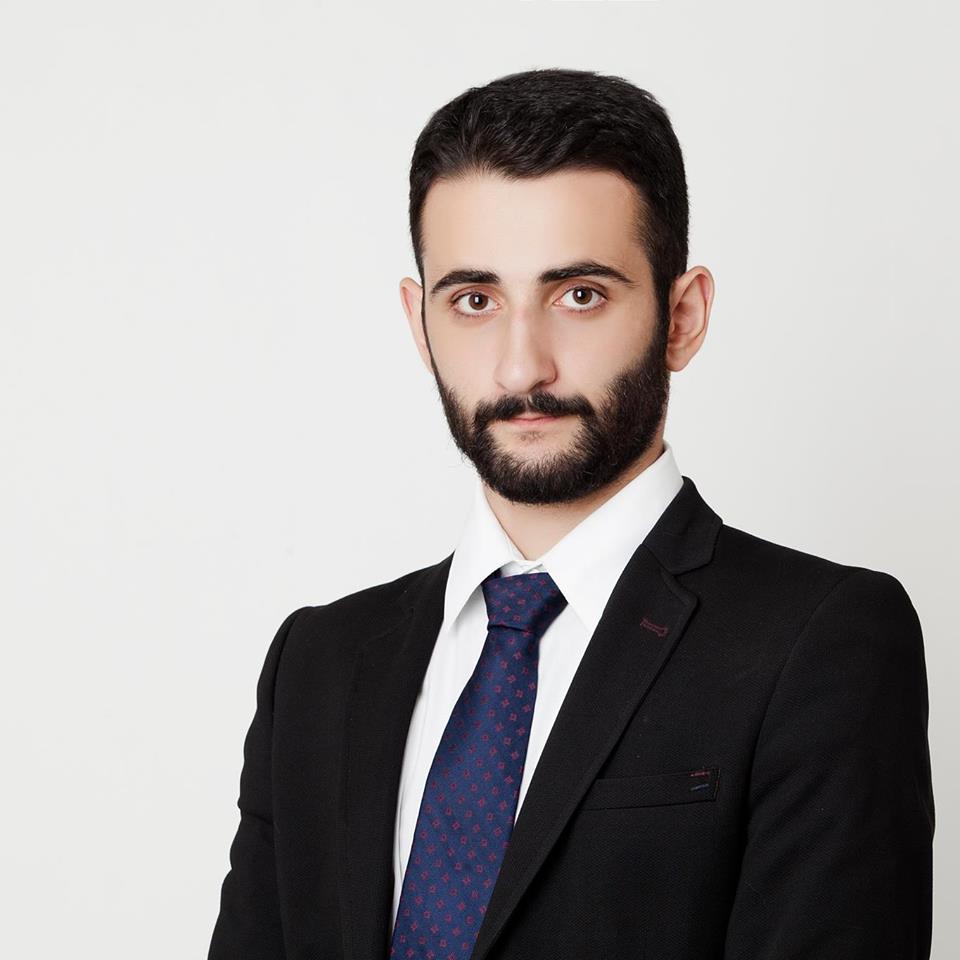 Since 2013, he has been working in the „Georgean Lebor Party“ in the position of Chairman of the Youth Organization; In 2015, he was a delagate in European Youth Parliament.

Property:
According to the Public Registry data, no property is registered on the name of Mikheil Kumsishvili. 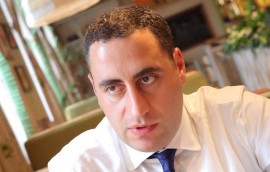 In 20014-2005, Giorgi Vashadze was the invited specialist of the Interim Commission on Territorial Integrity at the Parliament of Georgia. In 2005, he became Dead of Chugureti Passport and Population Registration Service in Tbilisi. In 2006-2012, he was the Chairman of the Civil Registry Agency of the Ministry of Justice of Georgia. In 2012, he became Member of Parliament from “United National Movement”. Currently, he is the Chairman of the party “New Georgia”.

According to the declaration filed by Giorgi Vashadze in June 2016, he and his family own a flat, a garage and a non-residential area in Tbilisi. 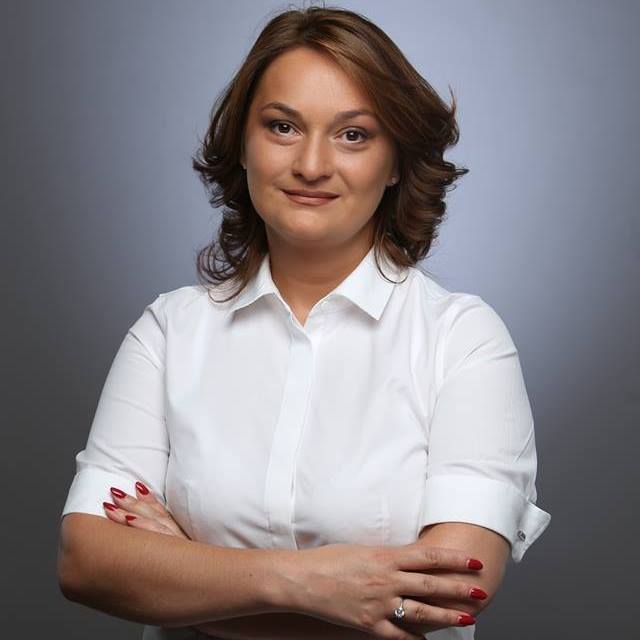 Nana Tokhvadze used to work at the Embassy of Georgia in Greece. In 2013, at her initiative, Diaspora organization “Cultural Dialogue” was established; she led the educational project “Georgian School in Athens”. She is head of international diplomatic and humanitarian direction at the party “Civil Platform - New Georgia”.

Property:
According to the Public Registry data, no property is registered on the name of Nana Tokhvadze. 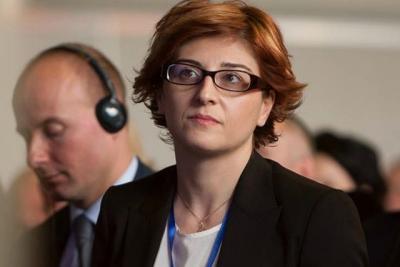 In 1997-1999, Khatuna Samnidze worked as a translator and computer operator in the Standing Commission of Legal, Constitutional and Human Rights of the Supreme Council of the Autonomous Republic of Adjara. In 2004-2008, she was a member of the Supreme Council of Adjara from the “republican Party”. In 2010-2013, she worked as a program coordinator at “Heinrich Boell” Foundation, at South Caucasus Regional Bureau. In 2013, she was an organizational secretary of the Republican Party; since 2013, she has been Chair of the Republican Party; since 2014, she is a member of Tbilisi Sakrebulo and Chair of the Faction “Republicans”.

Khatuna Samnidze has not indicated in the declaration that she is co-owner of agricultural plot of land in the village of Tabakhmela in Tbilisi. 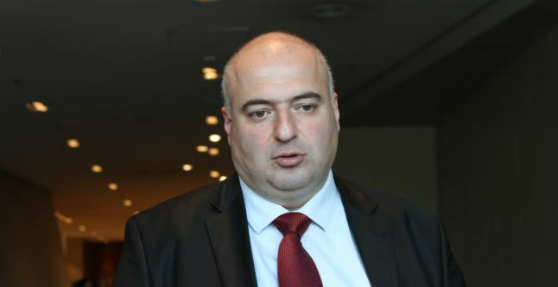 In 1998-1999, he was an analyst at the news agency „Sarke“; in 1999-2000 - Director of the Association of Young Economists of Georgia; in 2001 - USAID- Urban Institute Program Consultant; in 2001-20014 - consultant of joint program of UNDP, World Bank and Open Society Institute, reporter, author of strategic application documents; in 2007-2008 - expert of the parliamentary faction „Democratic Front“; Since 2002 - lecturer at Georgian Institute of Public Affairs; since 2009 - Ilia Chavchavadze State University lecturer; since 2010, analyst at the European Initiative - Liberal Academy; since 2012 - Head of the Group of Economic Development of Georgia, the Group of Agriculture and Local Self-Government; Since 2012, a member of the editorial team for development of „Georgian Dream“ program; In 2012-2016 -  Deputy Minister of Regional Development and Infrastructure of Georgia.

By the Public Registry data, no property is registered on the name of Tengiz Shergelashvili.