Tbilisi, 23 January 2020 – Georgia has been assigned a score of 56 and shares 44th place with Costa Rica, the Czech Republic, and Latvia in the 2019 edition of the Corruption Perceptions Index (CPI) which was published by the Transparency International Secretariat today and ranks 180 countries.

In the ranking, 100 points indicate the lowest level of perceived corruption while 0 – its highest level.

Georgia’s score has decreased by two points compared with last year. According to the survey’s methodology, a two-point change is considered statistically insignificant. Georgia still ranks top in the Eastern Europe and Central Asia region. However, the lack of progress in terms of Georgia’s score in recent years points to the stagnation of anti-corruption reforms in the country.

Armenia and Azerbaijan are the two countries in the region whose score increased significantly in 2019 compared with 2018 (by seven and five points respectively).

According to the Transparency International Secretariat’s analysis of the CPI results for Eastern Europe and Central Asia, “state capture and the concentration of power in private hands remain a major stumbling block in the region. Undue influence over key institutions continue to present the utmost challenge to political integrity in Georgia, which dropped two points on the CPI since last year.”

In order to improve the situation in Georgia in terms of corruption, it is important to take steps toward the strengthening of the country’s anti-corruption system and democratic institutions:

The Corruption Perceptions Index (CPI), published for the 27th time today, is based on expert opinions of the level of corruption in the public sector. Since 2012, the survey has been conducted using a new methodology which allows comparing the results from different years. CPI is prepared based on the research by reputable international organizations, each containing the assessment of the situation prevailing in various countries with regard to corruption.

According to CPI 2019, the level of perceived corruption is the lowest in Denmark and New Zealand (87 points) and the highest in Somalia (9 points). 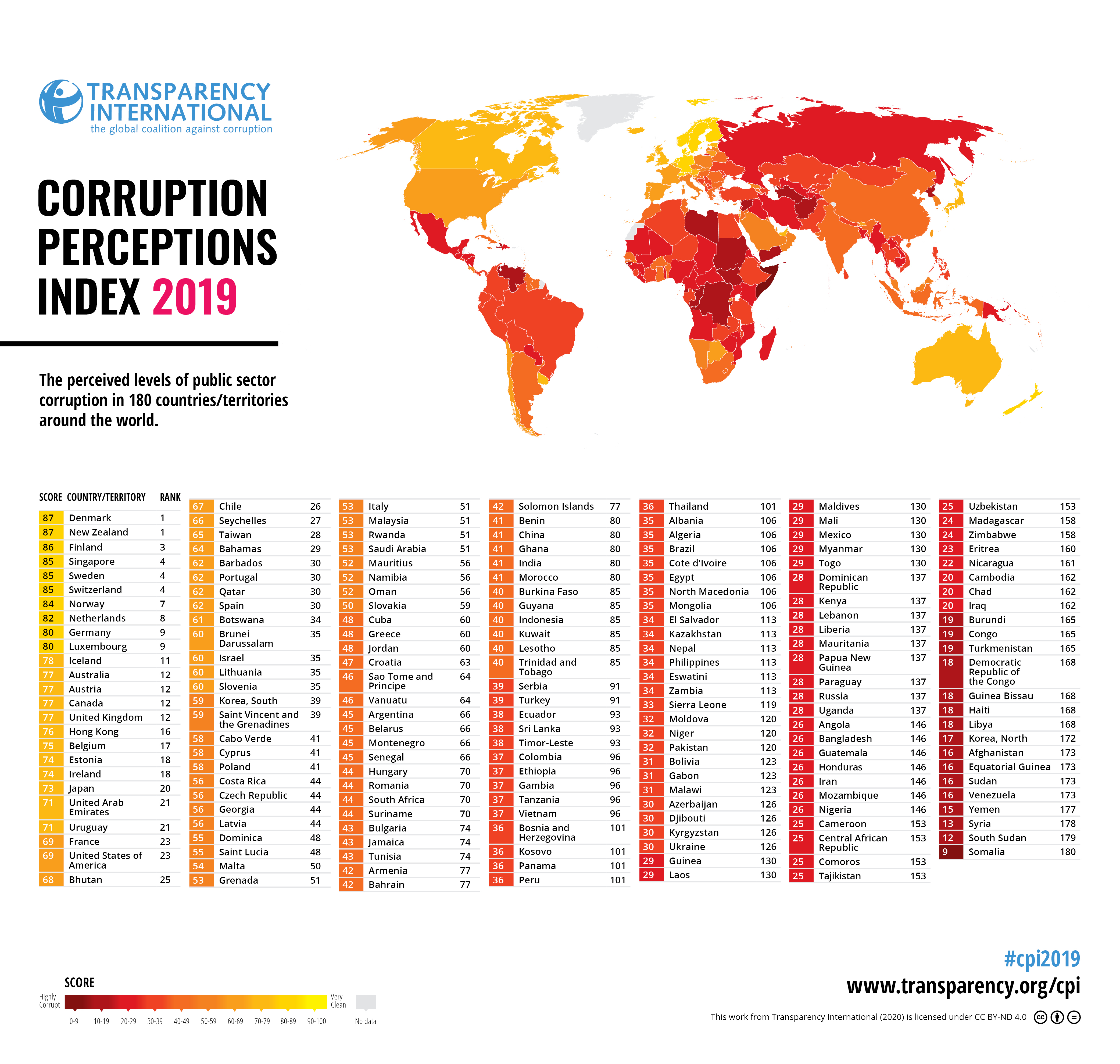