According to the results of a public opinion survey conducted by Transparency International Georgia, instances of money collection in public schools are rare.

14% of the respondents who have a family member studying at a public school testify to instances over the past 12 months where money was collected for repairs or in order to purchase certain items for the school, while 19% recall collecting money to buy presents for teachers. The majority of the respondents, however, indicated that such instances are rare. 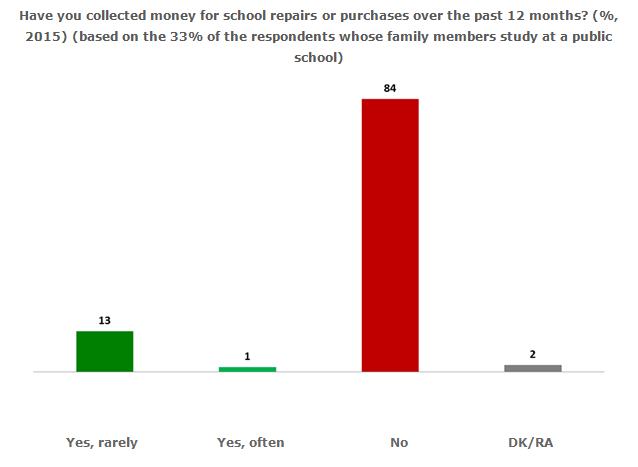 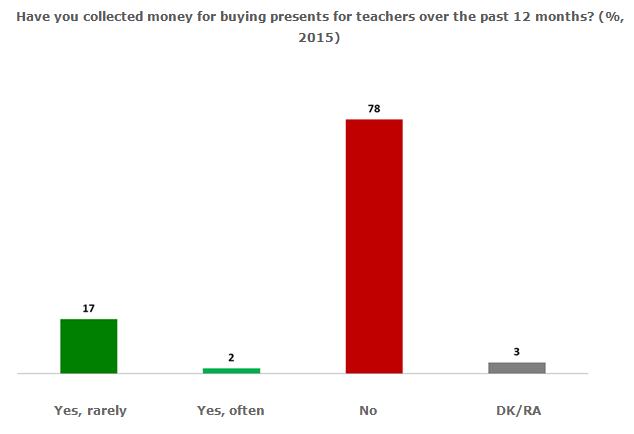 The above survey was conducted by the CRRC (Caucasus Research Resource Center) on behalf of Transparency International Georgia in the period April-May 2015. 1,867 adults were interviewed throughout Georgia, and the margin of error for the responses is on average 3.7%. The data are representative across the country.