According to the Georgian Local Government Code, at least three members are required to form a faction inside a municipal council.

Transparency International (TI) Georgia decided to look into how many factions have been formed in municipal councils of Samegrelo – Zemo Saneti after the 2014 local government elections, as well as when they were formed, and what issues they initiated for consideration since their registration.

According to public information, a total of 66 factions have been formed in 10 municipalities of Samegrelo – Zemo Svaneti, out of which 57 were registered in 2014, and 9 in 2015: 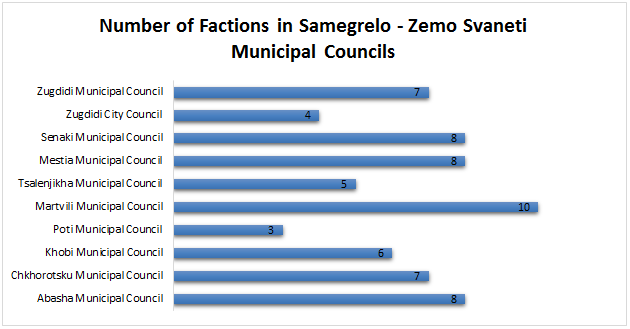 The information on factions presented below covers the period from their registration until January 2016. 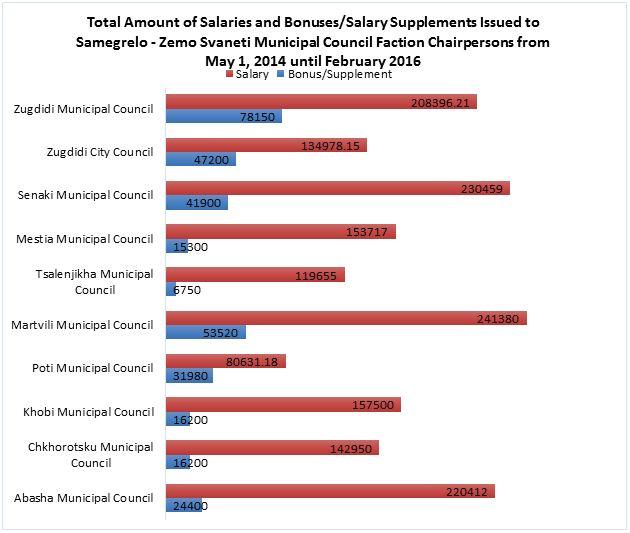 Our research shows that a significant amount of municipal budget funds is being spent each year on salaries of faction chairpersons. In addition to salaries, bonuses and supplements, some municipalities also allow these public officials to use municipal vehicles, covering their fuel and telephone expenses.

Under current law, municipal councils do not have a limit on the number of factions they may contain. The rules for creating and running a faction as well as their powers are outlined in municipal council statutes, which are mostly general in nature, and do not set any special obligations for faction chairpersons or members.

Municipal council factions and their chairpersons must direct their efforts towards improving the quality of and access to municipal services, while their work should be brought into compliance with municipal budget spending.