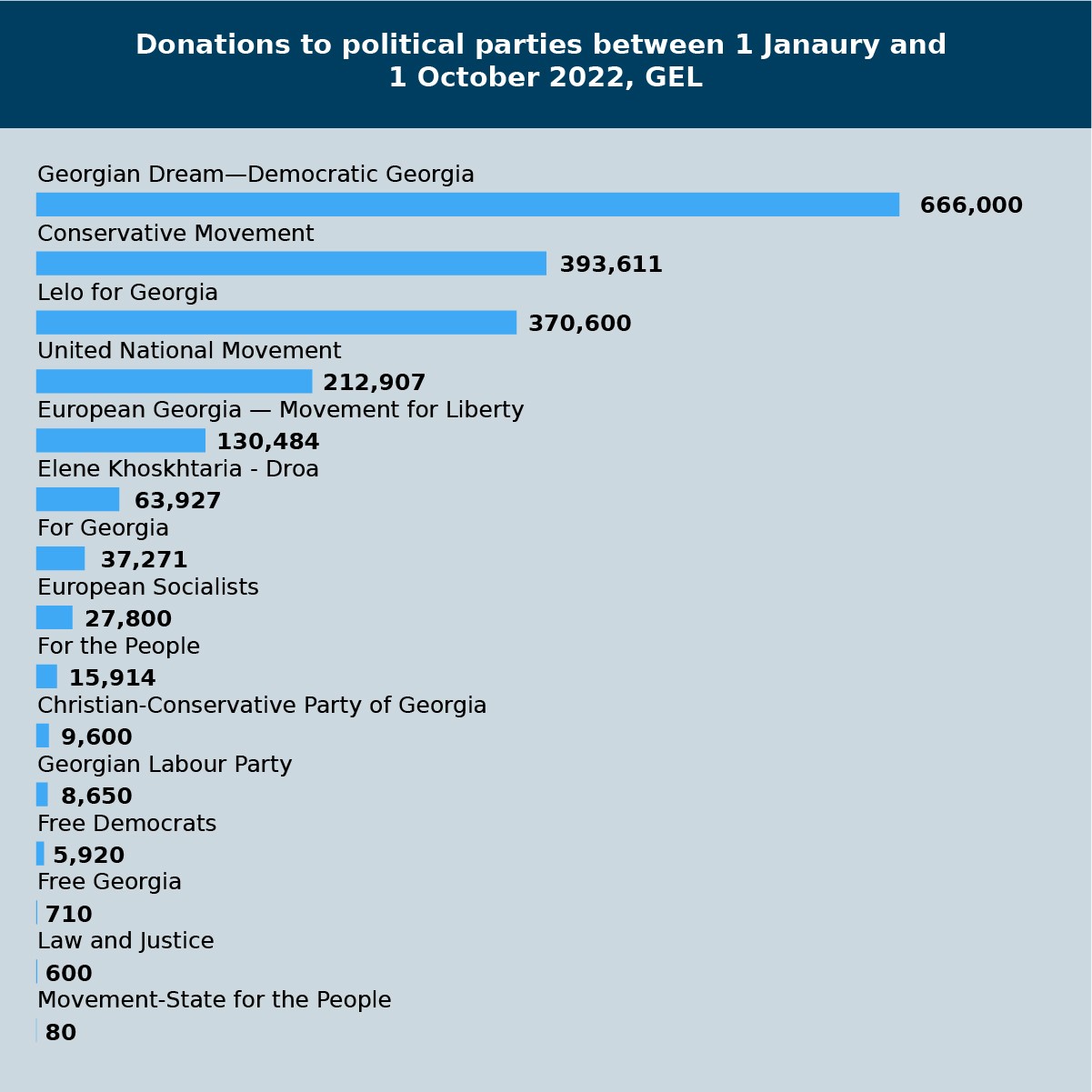 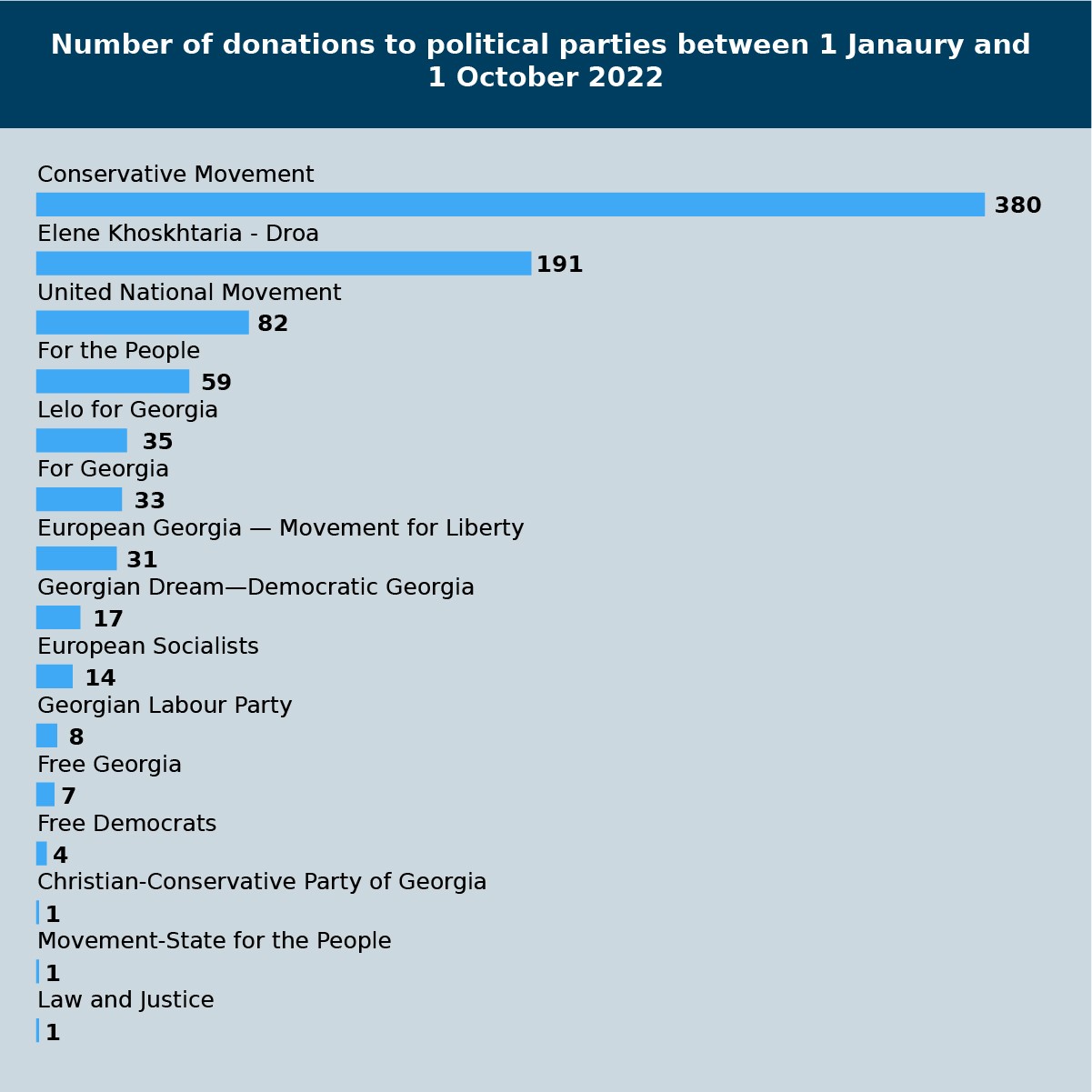 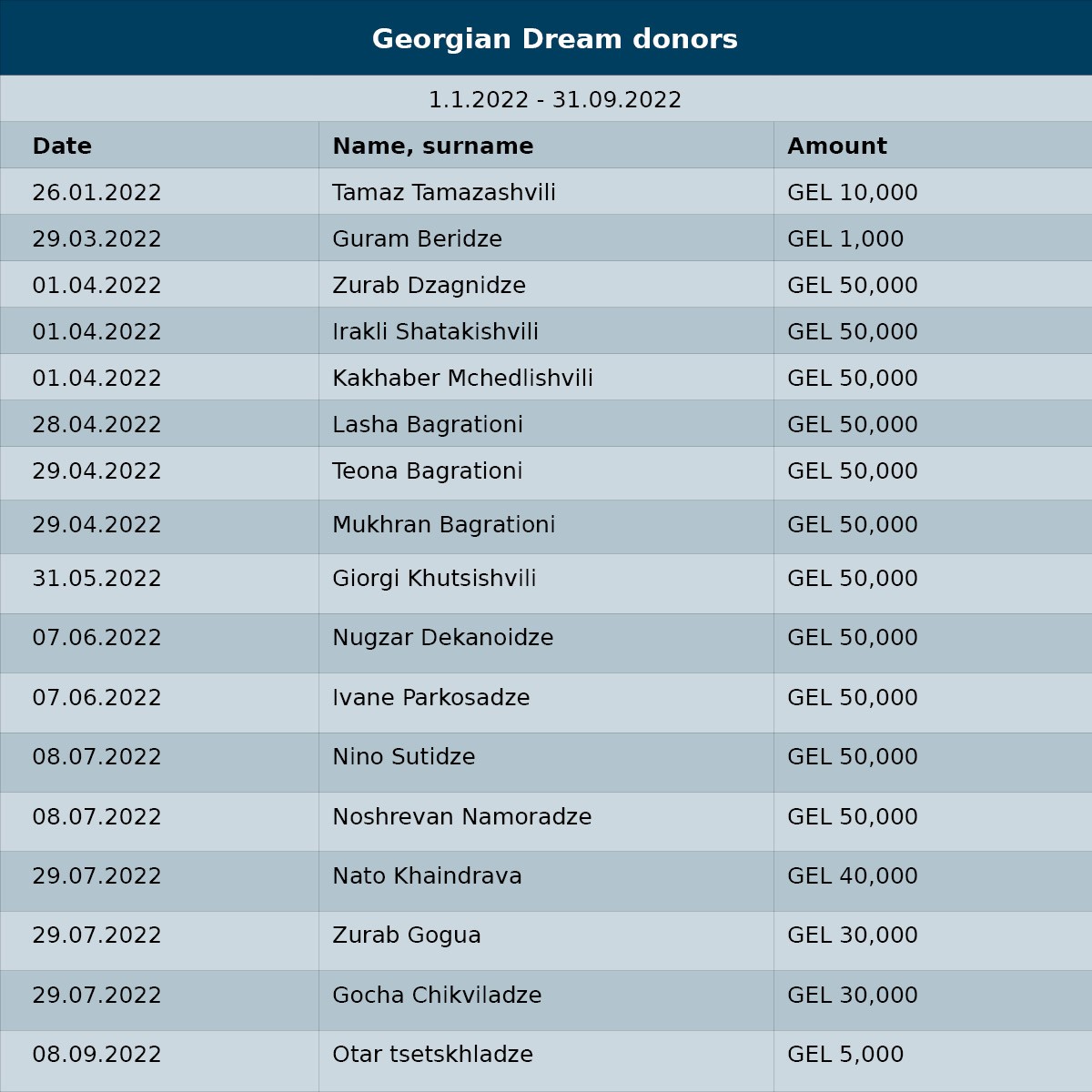 During the reporting period, Georgian Dream – Democratic Georgia received the donation of GEL 666 000. Absolute majority of donors were large business groups having close ties with either Bidzina Ivanishvili or the ruling party in particular:

Nato Khaindrava, Zurab Gogua and Gocha Chikviladze contributed GEL 100 000, in total, to the Georgian Dream on one and the same day. These individuals are related, in a various ways, to JSC Cartu Bank and JSC Cartu Group. In the past, the above listed three individuals contributed up to GEL 840 000 to the ruling party.

The total of GEL 100 000 was contributed to the Georgian Dream by Noshrevan Nomaradze and his wife, Nino Sutidze, on the same day. Namoradze, who is engaged in the construction business, has close ties with the government. He was involved in a physical retaliation against businessperson Davit Kodua, when he was released by a court on bail in 2014. Namoradze was also involved in the preparation of a vast territory on the Tabori Mount in Tbilisi for privatization. In the past, Noshrevan Namoradze and Nino Sutidze contributed GEL 170,000 to the Georgian Dream.

On 28 and 29 April, Mukhran, Teona and Lasha Bagrationis who are, in various forms, related to one another through Konkord LLC, Edelweis-2016 LLC, and Karavan Tbilisi LLC, contributed GEL 150,000 in total to the Georgian Dream. They are also linked to shopping centers “Kalakis Guli” and “Tergi.” In previous years, this group contributed GEL 360,000 to the ruling political party.

Tamaz Tamazashvili is the father-in-law of Prime Minister Irakli Gharibashvili. He contributed GEL 10,000 to the Georgia Dream. In previous years, he made 12 donations to the party, amounting to GEL 57,185, in total.