Simplified procurements of a business partner of the Mayor of Poti

Khalibi LLC, a company co-owned by Ramaz Gujabidze – a business partner and friend of the Mayor of Poti, Gocha Kurdghelia, has received GEL 306,520 from public procurements since 2012.

Ramaz Gujabidze owns stakes and/or holds the director’s position in up to 10 companies. In five of these companies, he is a business partner of the Mayor of Poti:

It should be noted that TI Georgia published a study, in May this year, on the activities of the companies in which the Mayor of Poti, Gocha Kurdghelia, and Ramaz Gujabidze own stakes. It turned out that it is the activities of these companies that cause noise and air pollution in Javakhishvili Street and nearby streets in the City of Poti – the noise is caused by trucks that move day and night, while the cause of air pollution is the dust that is scattered in the air during the transportation of cargo.

From the companies owned by Ramaz Gujabidze, only Khalibi LLC, in which he owns a 50% stake, is involved in public procurements. Khalibi LLC obtained 671 simplified procurements with a total value of GEL 301,998 from 2012 up to November 24, 2020, and on one occasion it won a tender announced by the Service Center of the Municipality of the City of Poti (application no. NAT190000165), whose actual (final) value amounted to GEL 4,522. 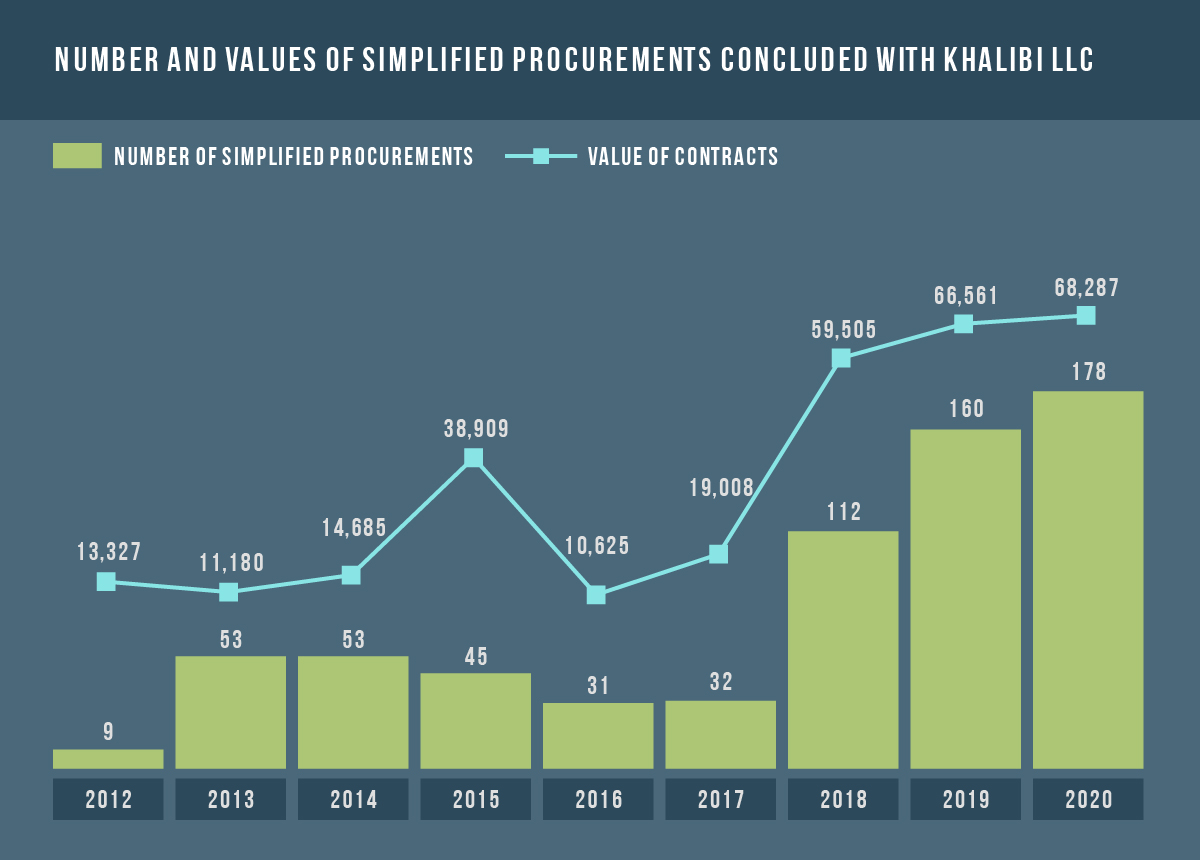 Gocha Kurdghelia became the Mayor of Poti in November 2017. It was after his election as the Mayor that the number and values of contracts concluded by municipal legal entities of Poti with Khalibi LLC increased considerably. The municipal legal entities of Poti account for 373 of the 671 simplified procurements, with a total value of GEL 156,196. 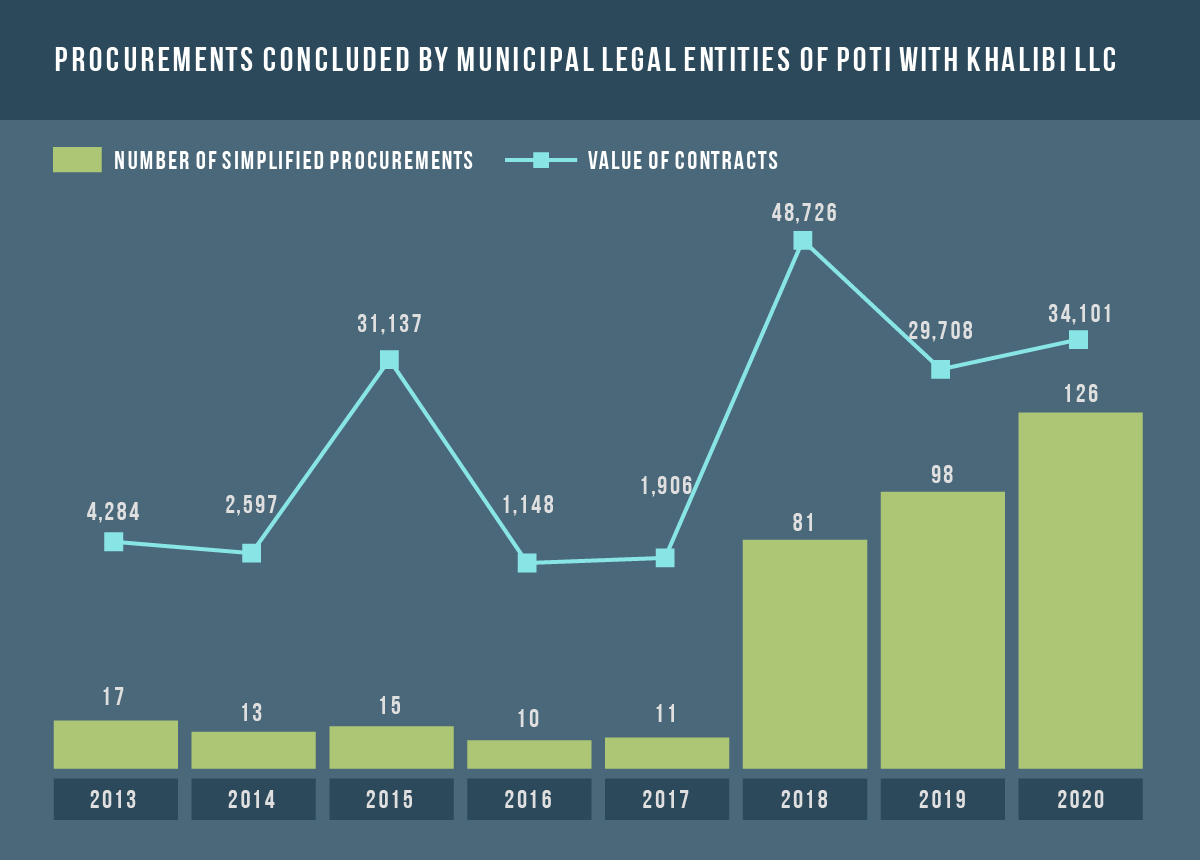 In addition to Ramaz Gujabidze, the Mayor of Poti, Gocha Kurdghelia, and Mr. Kurdghelia’s business partners, as well as directors and shareholders of individual companies connected with him, are also large donors of political parties. They (17 donors altogether) have donated GEL 1,528,050 in total to political subjects, including GEL 135,000 to the United National Movement in 2012; GEL 350,000 to the presidential candidate Salome Zurabishvili in 2018; and GEL 1,043,050 to the Georgian Dream in the years 2016-2020. In July-September 2020 alone, they donated GEL 355,000 in total to the Georgian Dream.

In the opinion of TI Georgia, the involvement of Khalibi LLC in the public procurements of the municipal legal entities of Poti raises doubts regarding the lawfulness of the process. Therefore, we call upon the Anti-Corruption Agency to study each of the procurements and to establish whether or not they contain possible signs of corruption.