The local tenders of Chkhorotsku municipality are won by the father and brother of Netstan Karchava, the mayor’s representative in Khabume village. At the same time, Karchavas have close relations with the mayor of Chkhorotsku - Dato Gagua. They have received tenders and simplified procurements worth of GEL 3,377,519 since 2011.

Nestan Karchava holds the position of mayor’s representative in the village of Khabume since 2007, while Dato Gagua has been the Mayor (Head of the District until 2017) of Chkhorotsku since 2012. 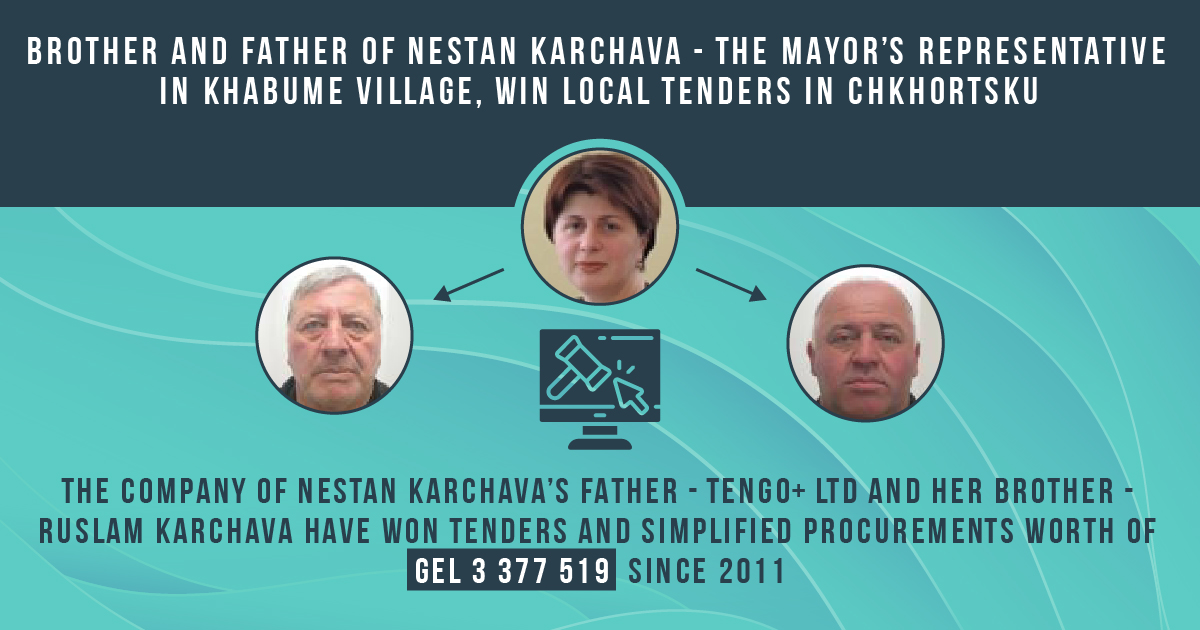 Nestan Karchava’s father, Goneri Karchava is the Director and the sole owner of Tengo+ LTD. Since 2011, the company has participated in 55 tenders and won 32 of them with the total value of contracts of GEL 2,202,218. 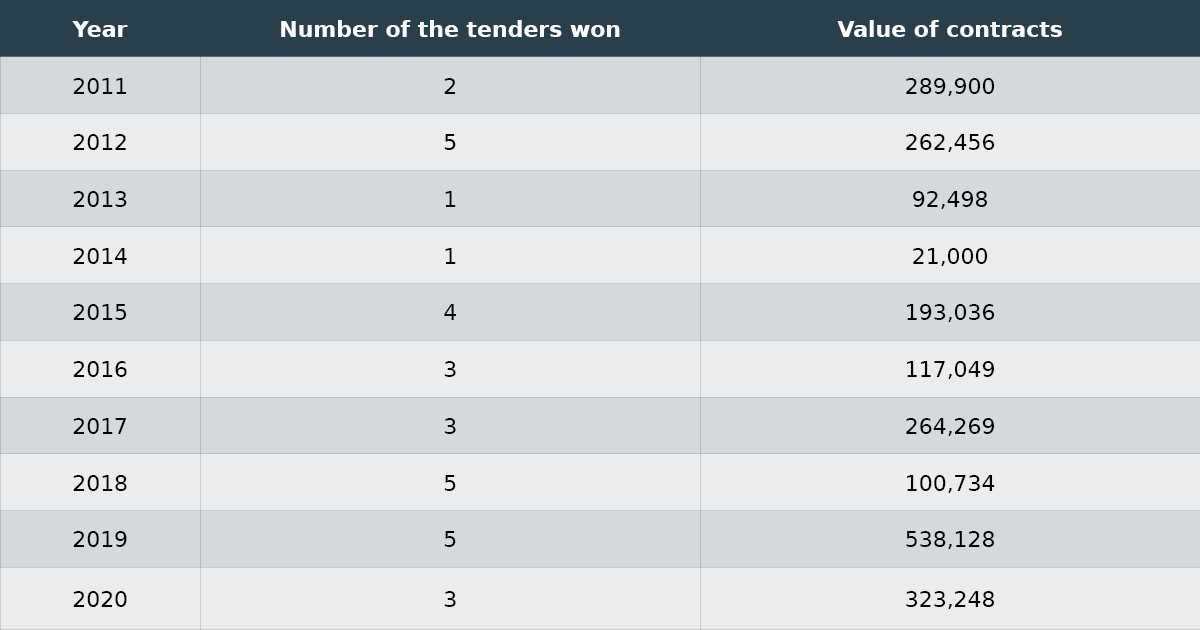 28 out of 32 tenders won by Tengo+ LTD come from Chkhorotsku municipality. Chkhorotsku City Hall was the purchaser in 6 of 10 simplified procurements.

Ruslam Karchava, as a trustee of Lasha Kobalia, participated in tenders on 29 occasions since 2016 and won 20 of them with the total value of contracts being GEL 444,237. Chkhorotsku municipality was the buyer in all cases. It should be noted, that the competitors were disqualified in 7 out of 20 tenders, the contracts were assigned to the company with a higher cost than the initial offer and the contract value was higher than the estimated tender cost in five cases. In 2015-2020, Lasha Kobalia received 13 simplified procurements worth of GEL 382,038, while 12 of those procurements were given by Chkhorotsku municipality.

According to Transparency International Georgia, Tengo+ LTD and Ruslam Karchava’s (Lasha Kobalia’s) involvement in Chkhorotsku municipality state procurements raise doubts on the lawfulness of the process. Therefore, we call upon the Anti-corruption agency of the State Security Service of Georgia to study each procurement and determine whether they include the signs of alleged corruption.