As part of the public opinion poll conducted in the spring of 2015, Transparency International Georgia measured public trust in various institutions in the country. 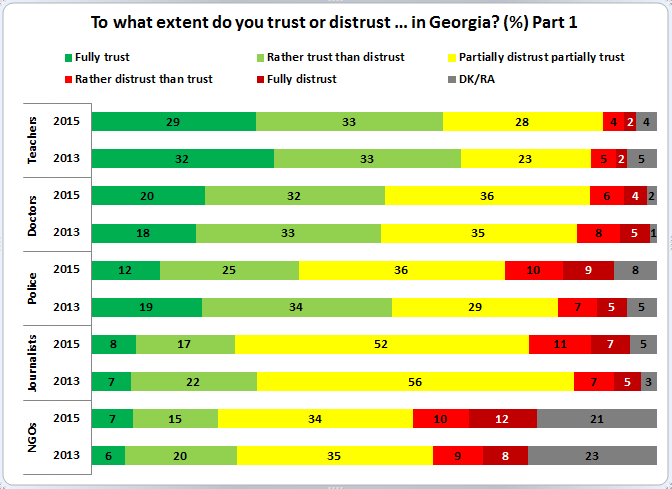 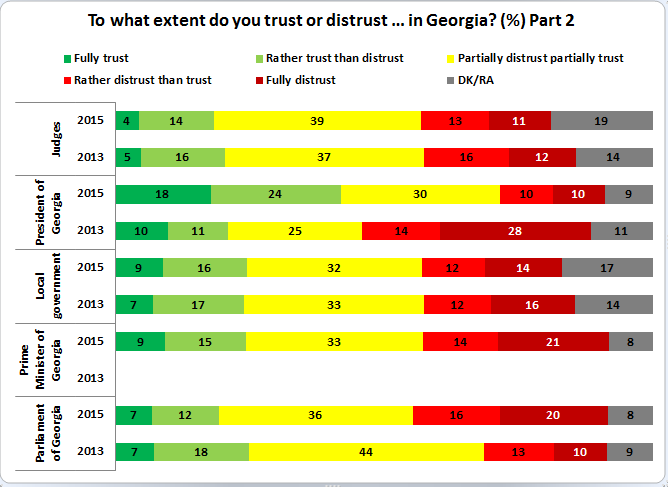 The "Caucasus Research Resources Center" (CRRC) conducted the public opinion poll commissioned by "Transparency International Georgia" between 28 April and 6 May 2015. The poll's margin of error is 3.7%.