Companies of a member of the Tskaltubo City Council, Jeiran Omanadze – J da J Ltd and Rostverki Ltd – have received a total of GEL 63,039,857 through 100 tenders and 11 simplified public procurements since 2013. Jeiran Omanadze is also a political donor – he and his company, Rostverki Ltd, donated GEL 135,000 to the Georgian Dream – Democratic Georgia party in the years 2017-2021. 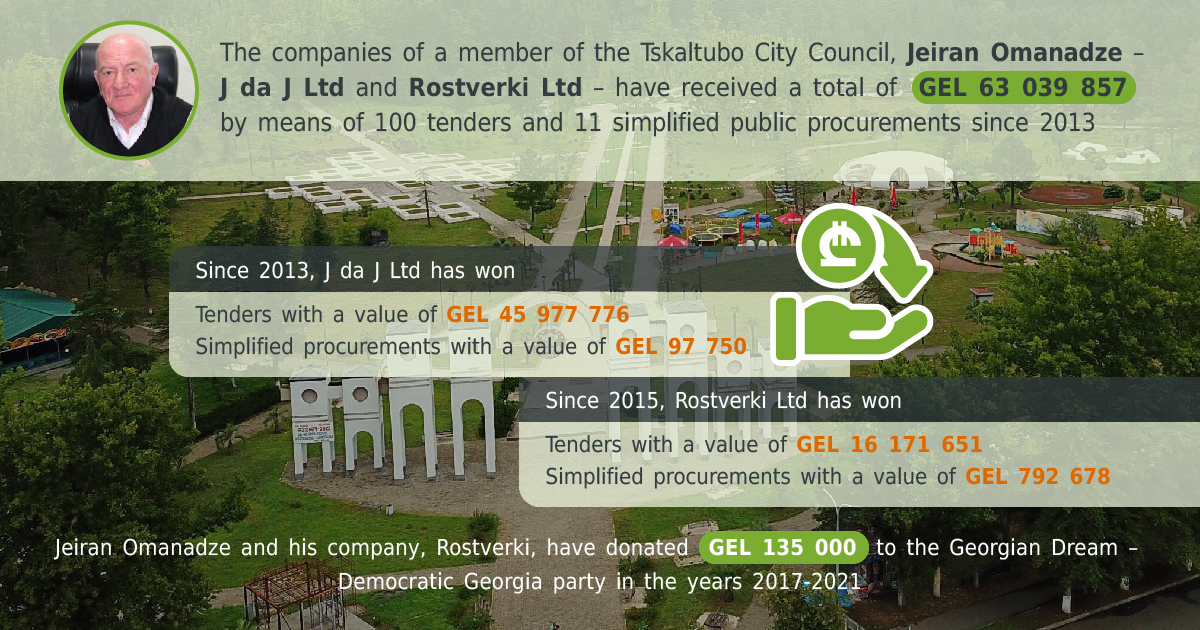 Jeiran Omanidze is a majoritarian member of the Tskaltubo City Council from the Gvishtibi community and holds the position of the Deputy Chairperson of the Georgian Dream faction. In the City Council of 2014, he was elected through a proportional system.

J and J Ltd has won tenders with a value of GEL 45,977,776 and simplified procurement contracts worth GEL 97,750 since 2013. Of 87 tenders won, the company won 40 tenders without competition and 19 tenders – as a result of disqualification of its competitors.

From the tenders won by this company, 25 tenders were announced by the Tskaltubo Municipality, 18 – by the Roads Department of Georgia, 21 – by the Khoni Municipality, and 23 – by other contracting authorities. 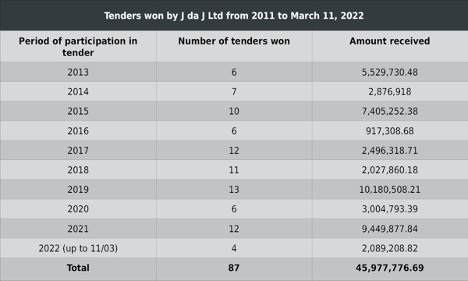 Jeiran Omanadze founded Rostverki Ltd  in 2012. He is the owner of a 100% stake and director of the company.

In the years 2015-2022, this company received GEL 16,171,651 from tenders and obtained contracts worth GEL 792,678 through simplified procurement. From 13 tenders won, the limited liability company didn’t have any competitors in 6 tenders, and it won 2 tenders as a result of disqualification of other companies.

Jeiran Omanadze is also violating the requirements of the Law on Conflict of Interest and Corruption in Public Service, according to which he was obligated to resign from the director’s position in J and J Ltd and Rostverki Ltd upon his appointment to office and to transfer the management rights of his stakes to another person, although he has not yet done so.

TI Georgia calls on and requests: