Monitoring Report of the High Council of Justice N7 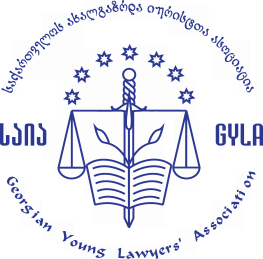 Tbilisi – on September 16, 2019, the Georgian Young Lawyers Association and Transparency International – Georgia presented the seventh monitoring report of the High Council of Justice of Georgia of the year 2018, which assesses the legislation regulating the activities of the Council and the activity of the Council while selecting/appointing judges, transparency of the Council activity, a rule and practice of appointing the chairperson of the court and disciplinary liability of judges.

The Council failed to ensure proper implementation of the “Third Wave” of the Judicial Reform in practice. The authors of the report believe that this innovation has been unable to essentially eliminate the problems prevailing in the judiciary system, moreover, in some cases, it even contributed to their exacerbation. The existing statutory framework effectively supports and strengthens an influential group of judges. This influential group (Commonly referred as the “Clan of Judges”) using the loopholes in the legislation, extends its powers to the entire judiciary.

During the monitoring period Judges were appointed to the positions with the same shortcomings that the reform (Third Wave) itself intended to eliminate. The problem of all-out unacceptance of pluralism and critical opinion still remains in the new composition of the Council that prevents subjective reasoning and justification of discussions. The accountability system of judges still remains ineffective, which contains a threat to their independence. The vicious practice of appointing acting chairpersons of the court/chamber/panel is maintained. Legislation is characterized by such flaws, which leave a wide range of possibilities for the Council to take unsubstantiated and subjective decisions: Namely:

As a result of the monitoring, relevant recommendations have been provided. We hope that the main findings and recommendations revealed by the monitoring will be taken into account by the members of the Council, executive and legislative bodies. The Georgian Young Lawyers Association (GYLA) and Transparency International – Georgia will continue to monitor the Council. 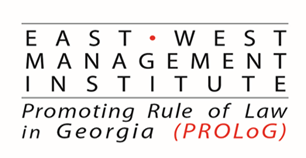 The implementation of the monitoring project was made possible by the generous support of the American people through the United States Agency for International Development (USAID). GYLA and Transparency International Georgia are responsible for the content of the report. It might not necessarily reflect the views of USAID, the US government or, East-West Management Institute (EWMI).