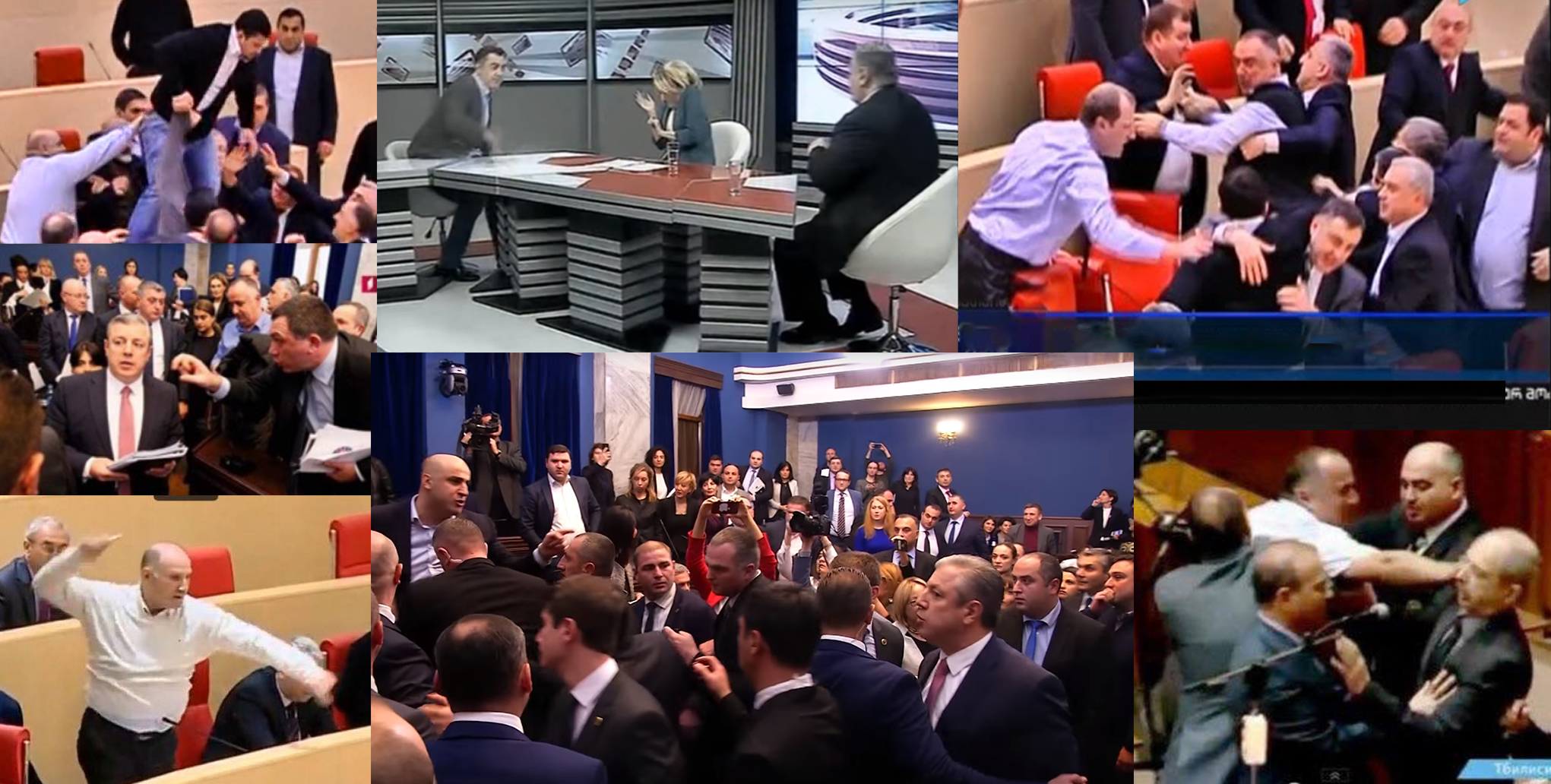 On 20 December, at the meeting with government membership candidates, the public witnessed a confrontation during which politicians spoke emotionally and unethically. Despite the fact that confrontations and mutual insults are a frequent occurrence in the legislative body, the 20 December session was particularly unethical and especially aggressive, which tarnishes the Parliament’s reputation and sets a bad example for the public. We believe that such behaviour on the part of politicians who have an obligation to remain patient is inadmissible. This incident confirms that standards of ethical conduct need to be established for politicians and parliament members.

At the Bureau session held on 14 December 2017, parliament members’ initiative regarding the approval of a new Code of Ethics was registered.[1] This document was elaborated by the Permanent Parliamentary Council on Open and Transparent Governance and has remained the subject of advocacy by non-governmental organizations for years. The document was developed in cooperation with non-governmental organizations, within the framework of Open Parliament Georgia 2017 Action Plan.

The goal of the initiated draft Code of Ethics is to regulate a parliament member’s conduct and define rules which he or she must follow in his or her work as well as with colleagues, staff, the media, other institutions and when communicating with the public both inside and outside the parliament building. One of the most important components of the presented Code of Ethics are its disciplinary actions, which determine responsibility for violating ethical norms. 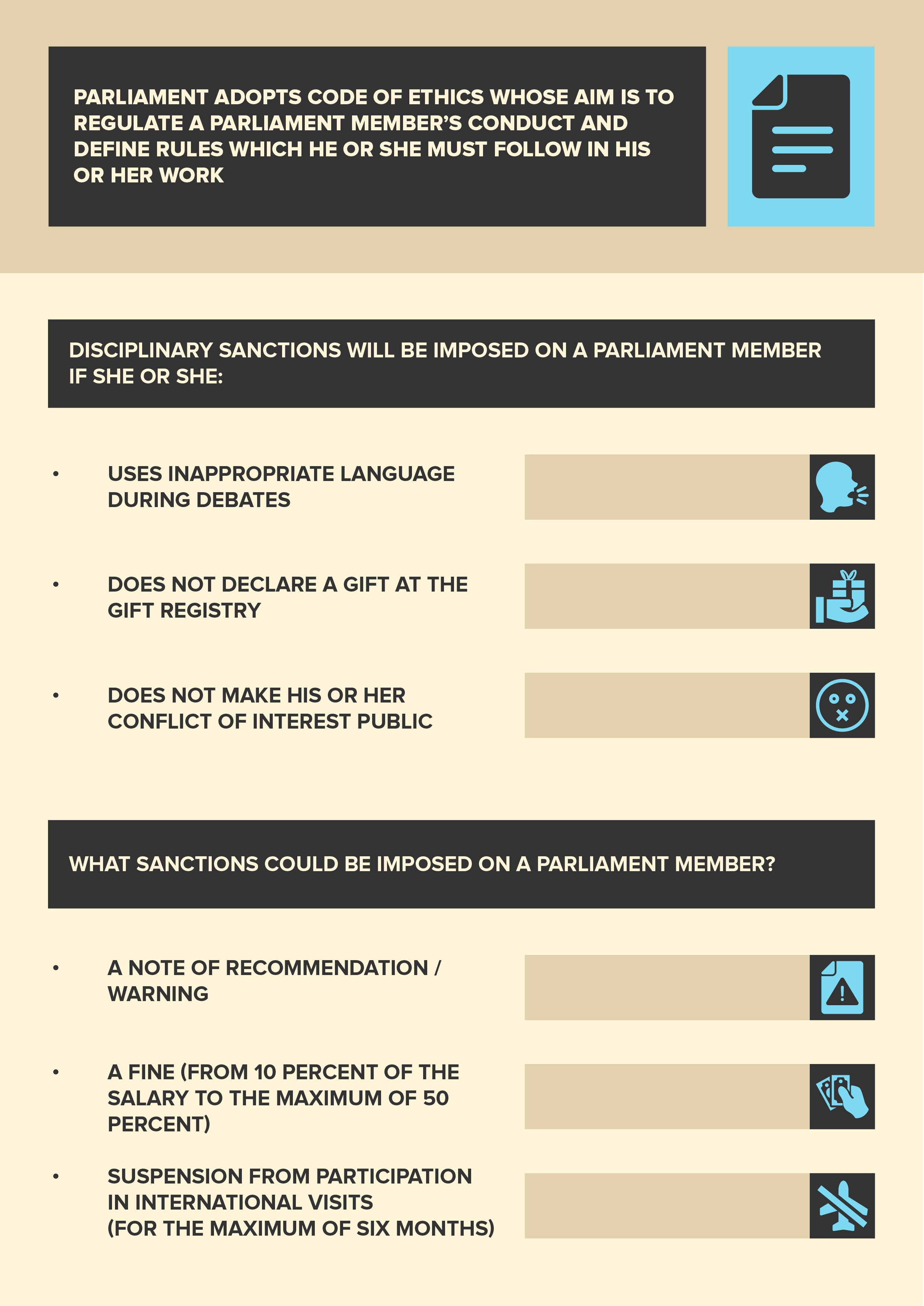 Rules of Conduct determined by the Code of Ethics

A parliament member is obliged:

Rules of Staffing the Ethics Council

The number of representatives of the majority on the Council is not to be more than one half of the number of the Commission members which makes it impossible for the ruling team to dominate the decision-making process in the Council.

Disciplinary sanctions can include:

a) A note of recommendation / warning;

c) Suspension from participation in international visits (for the maximum of six months).

One disciplinary misconduct could warrant only one sanction. The use of disciplinary sanctions should be based on the principle of proportionality.

It is the opinion of Transparency International – Georgia that the adoption of the aforementioned document would be a step forward for parliament members and politicians in general with regard to ethical behaviour although we believe that the document should also regulate several other important issues: