Recent frequent sadistic treatment of animals has once again demonstrated a need for an appropriate legislative basis.

Last year a legislative proposition on a new bill and amendments to the respective laws regarding the welfare of human companion animals was proposed by animal rights organizations[1] in the Parliament of Georgia.

The proposition aims to create protection guarantees for human companion animals[2]. A similar initiative was also registered in the previous, 8th Parliament[3], however, the discussions were terminated at the committee level.

What does the legislative proposition consider?

The existing legislation doesn’t define the concept of human companion animals or common standards for the protection of their rights.

The Criminal Code includes a regulation, according to which animal cruelty which results in death or mutilation of the animal, as well as, tormenting of animals are punished with a fine or community service up to 1 year. Same acts performed in a group, repetition of these acts, or conducting them in a presence of a minor are punishable by a fine or prison up to 2 years.

Animal rights, in the international practice, are regulated using dedicated laws, as well as, through Criminal Code. Dedicated laws on protection of animal rights have been enacted in Austria, Belgium, Cyprus, Croatia, Slovenia and etc.

For instance, in Austria[4], a person that inflicts pain, or puts an animal under intensive fear or kills an animal is fined 7 500 Euros, in case of a second offense - 15 000 Euros. In Belgium, abandonment of an animal and/or animal cruelty are punished with 1 to 3 months prison term, while same offenses in aggravating conditions can be punished with up to 3 years in prison[5].

According to the data of the Ministry of Internal Affairs from 2010 to 2017 (10 months of the year), criminal prosecution was initiated in 8 cases of animal cruelty, and the court discussed only 5 cases. According to the information from the Prosecutor’s Office, in this period 10 people have been prosecuted.

Diagram 1. Ministry of Internal Affairs data on cases involving Article 259 of the Criminal Code in 2010-2017 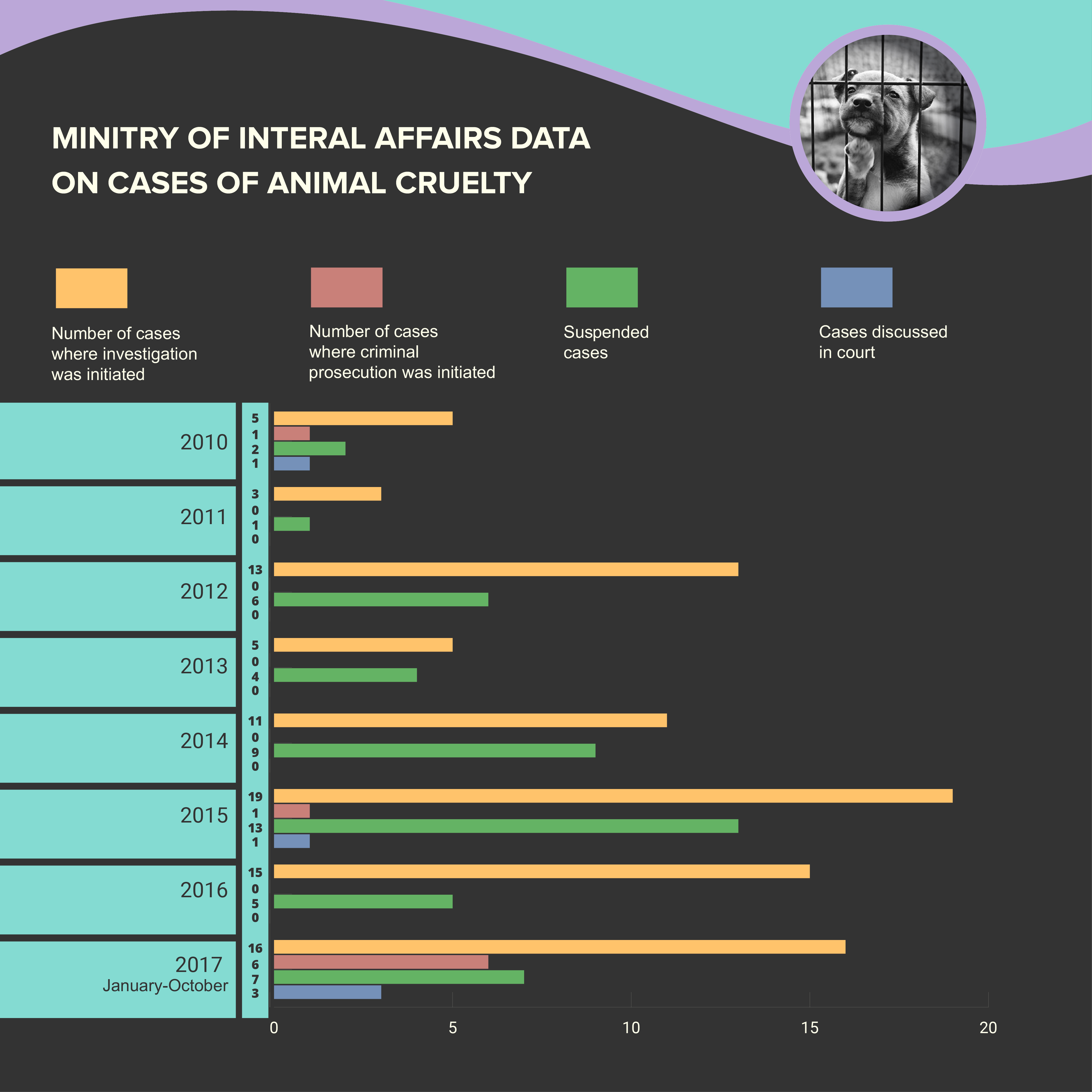 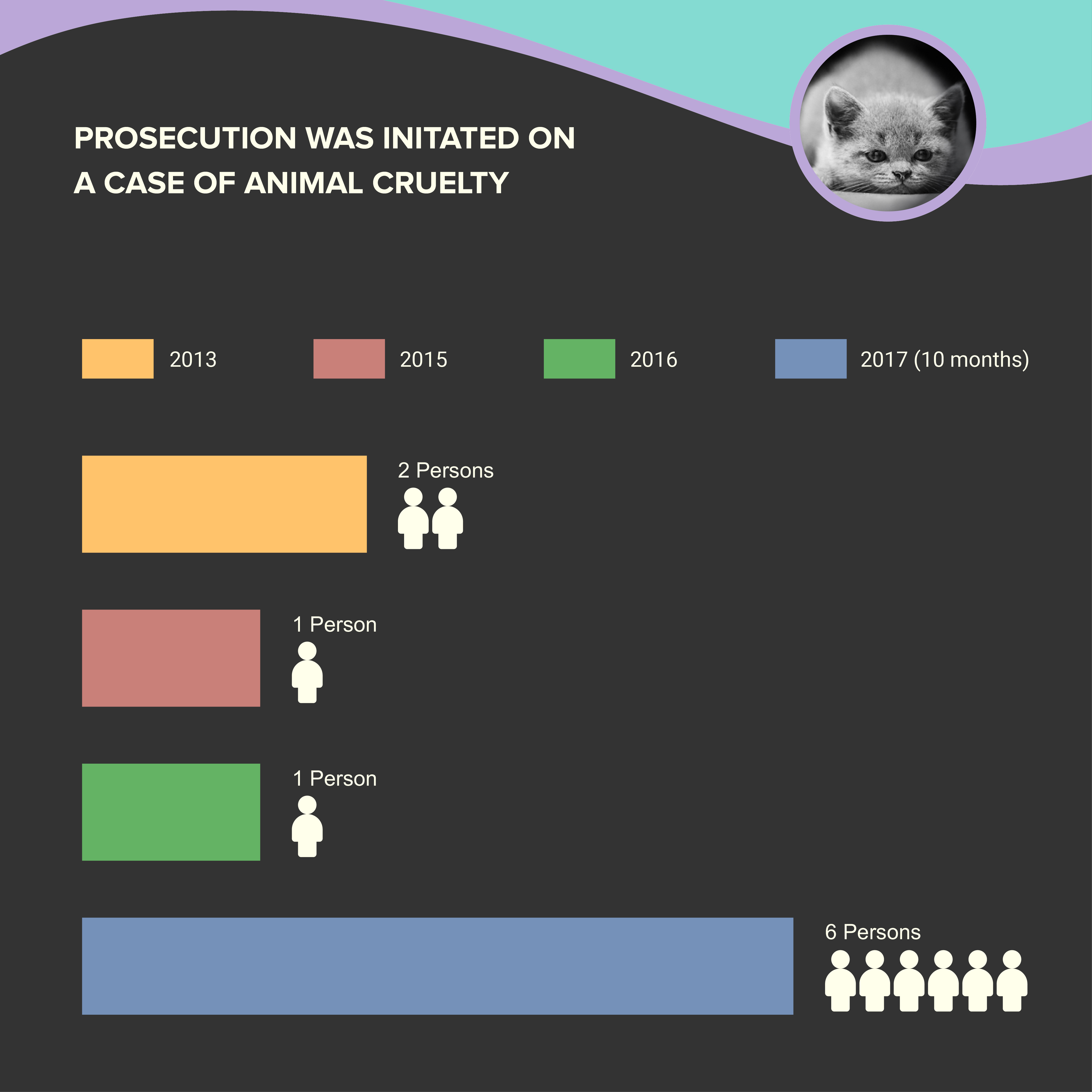 Transparency International Georgia believes the proposition is a positive step towards protection of animals. It is important that violations of this law be effectively addressed, and the stricter norms regarding animal cruelty are established and a unified legislative framework for the protection of animal rights is created.

This blog post was prepared as part of the project Strengthening Parliament Accountability and Transparency of its Activities within the framework of USAID program Good Governance Initiative in Georgia. Opinions expressed in this blog post belong to Transparency International Georgia and may not reflect the position of USAID or the Government of United States of America.

[2] The proposal defines human companion animal as an animal that is kept by a human for esthetic or social needs; is to be cared by a human and isn’t used for production of food (including meat, milk or egg), fur, feather, leather or other animal products.