Transparency International Georgia presents the information regarding the expenditures of Kutaisi municipality from 2017 to December 2020, that amount to GEL 22,551,848 in total. 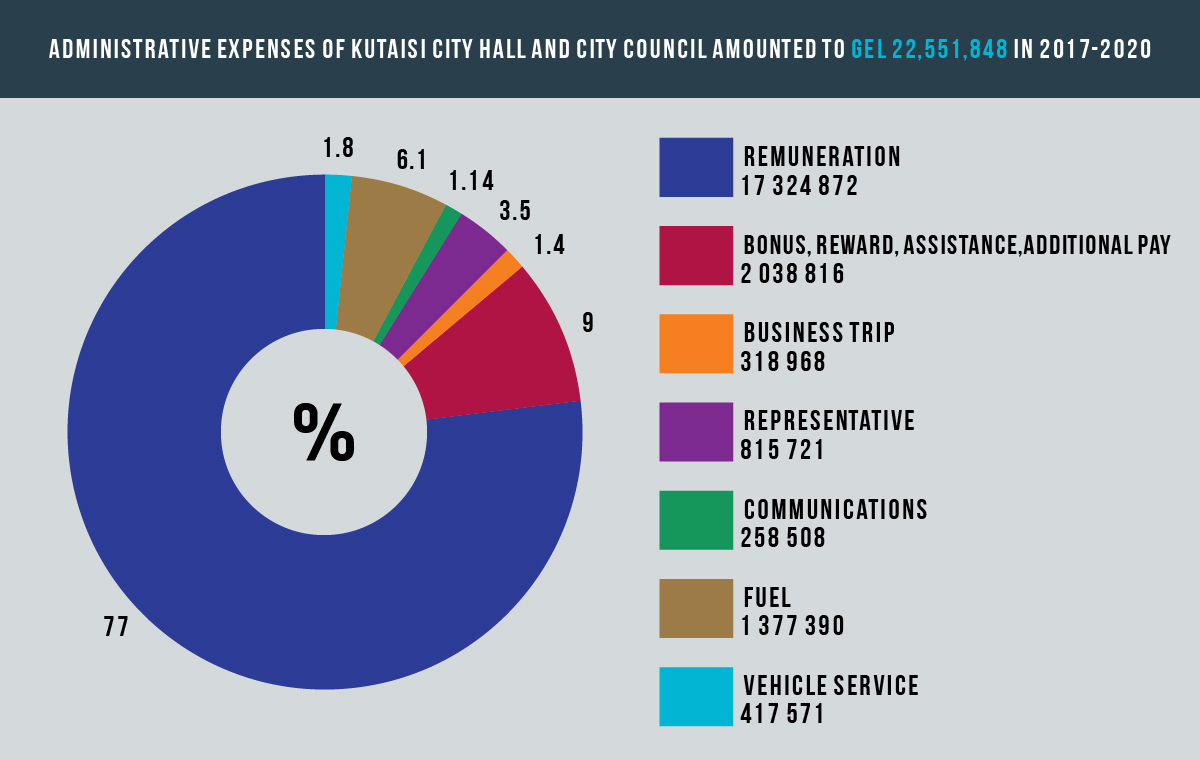 The research compiles the information on remunerations, rewards/bonuses, additional pays as well as on the communication costs of the administrations, business trips, fuel, vehicle repair/diagnostics and representative expenditures.

The number of employees and the remuneration:

The number of employees in Kutaisi City Hall was reduced by 20 in 2020 compared to 2017, however, the expenses of the remuneration were increased. In particular, in 2017, the remuneration costs of the officials, the staff members and contract-based employees amounted to GEL 3,138,858 in total, while in 2020, this expenditure was increased by GEL 756,725 and amounted to GEL 3,895,583. This increase was caused by the increase of remunerations by ranks.

The number of employees in Kutaisi Council was reduced by 5, but the remuneration costs were increased here as well. 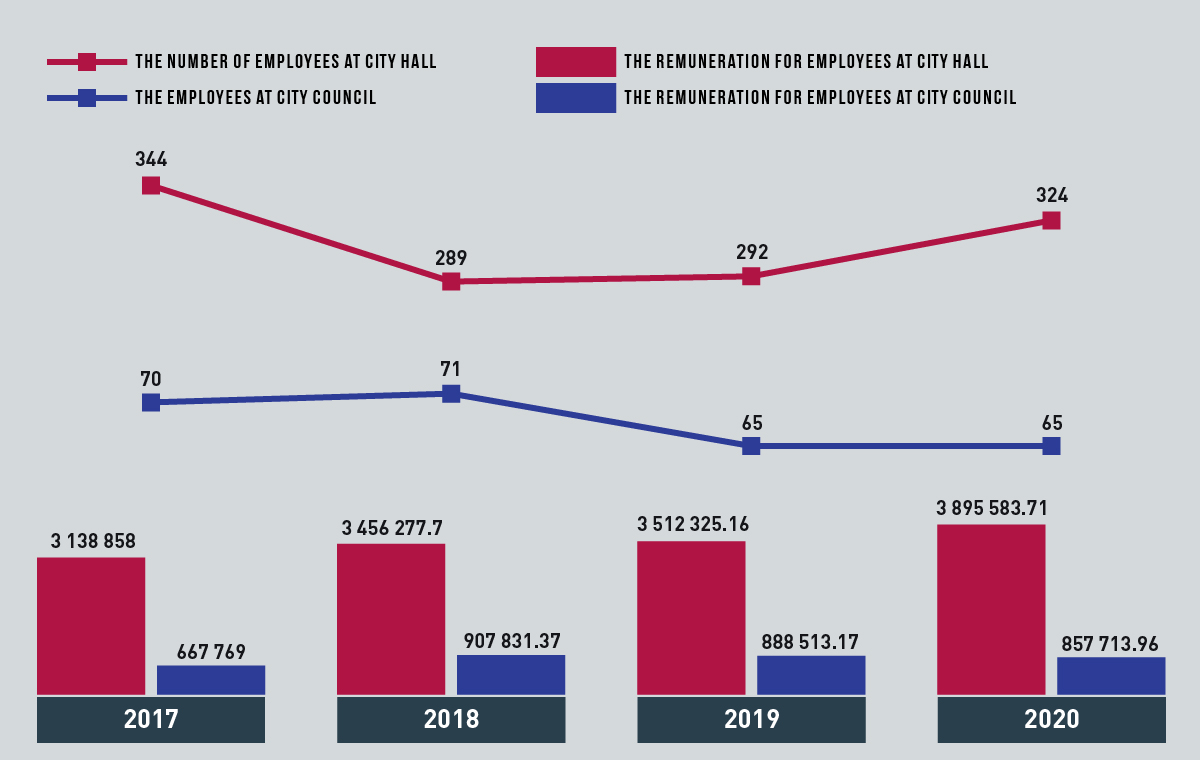 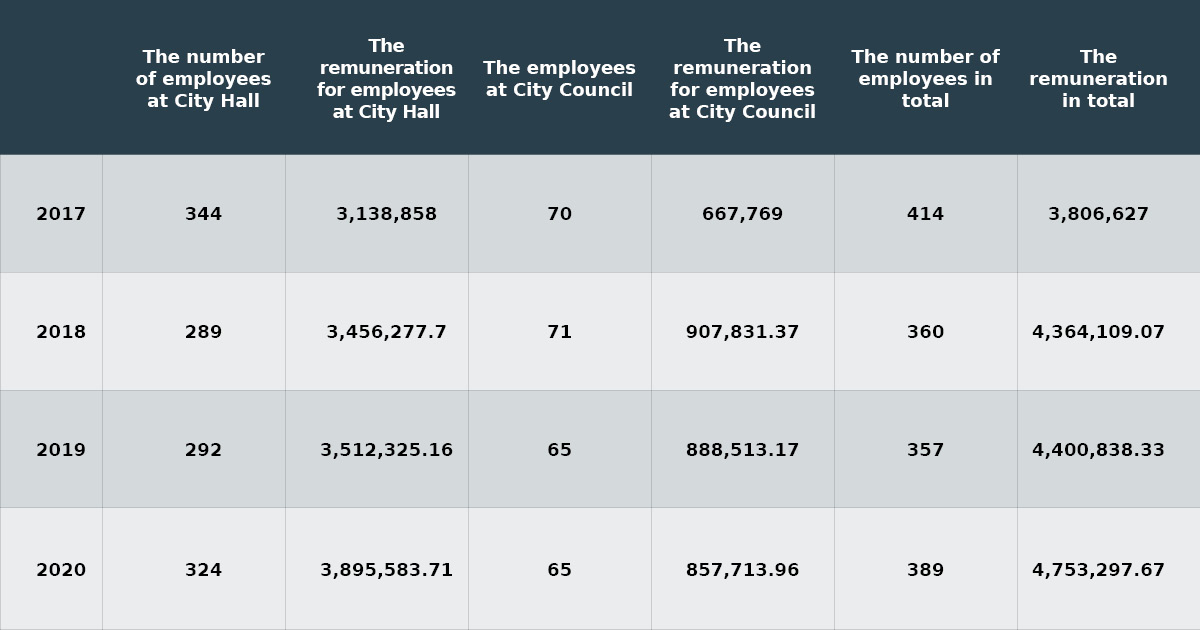 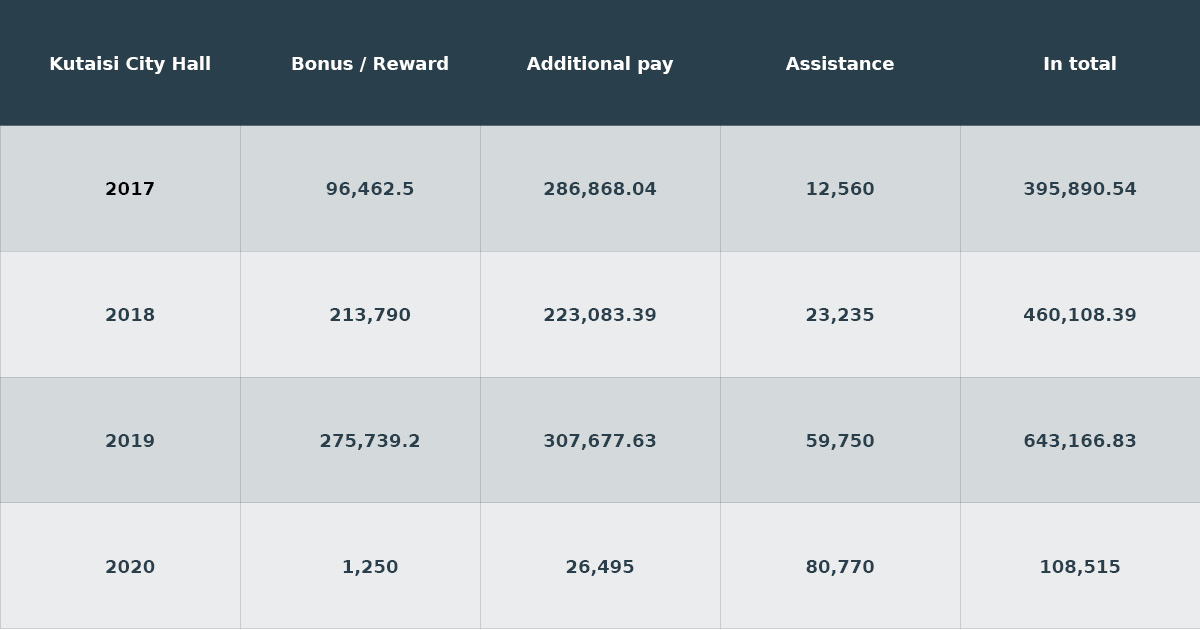 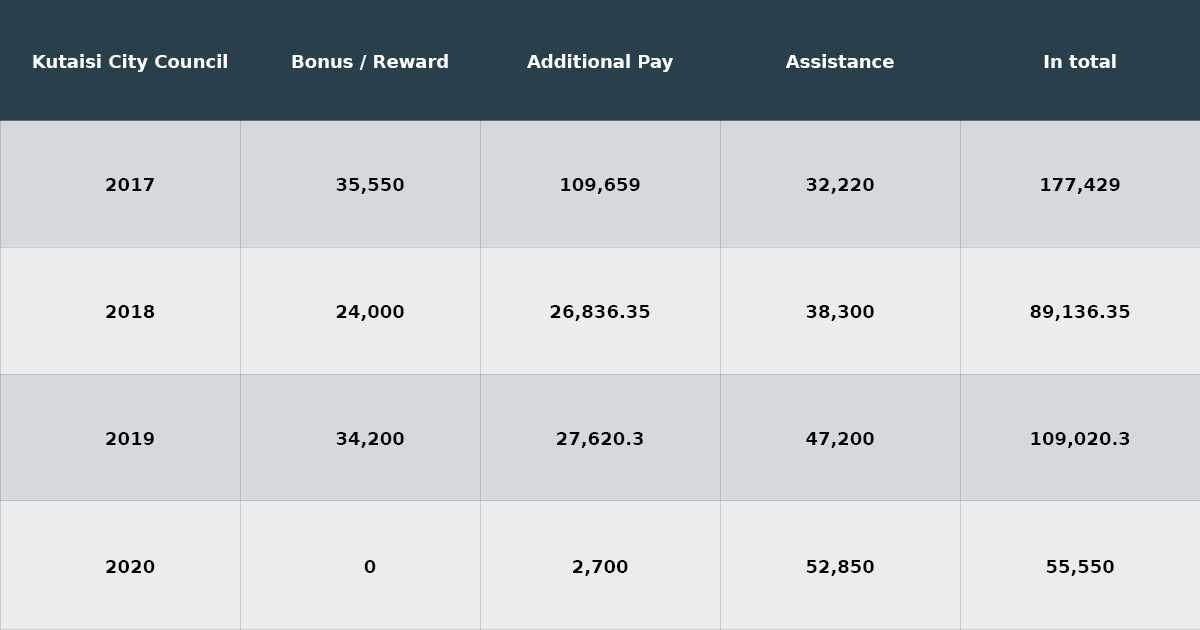 The business trip costs were characterised by the decreasing tendency in the research period. The city hall spent GEL 114,825 in this regard and reduced it to GEL 63,243 in 2019, where in 2020, during the pandemic, they only spent GEL 7,261.

According to Kutaisi City Council, the council does not keep the detailed communication cost records separately, because these costs are covered by the council and the city hall together. Kutaisi city council provided us with the orders regarding the allocation of communication limits.

The communication costs of Kutaisi City Hallare as follows: 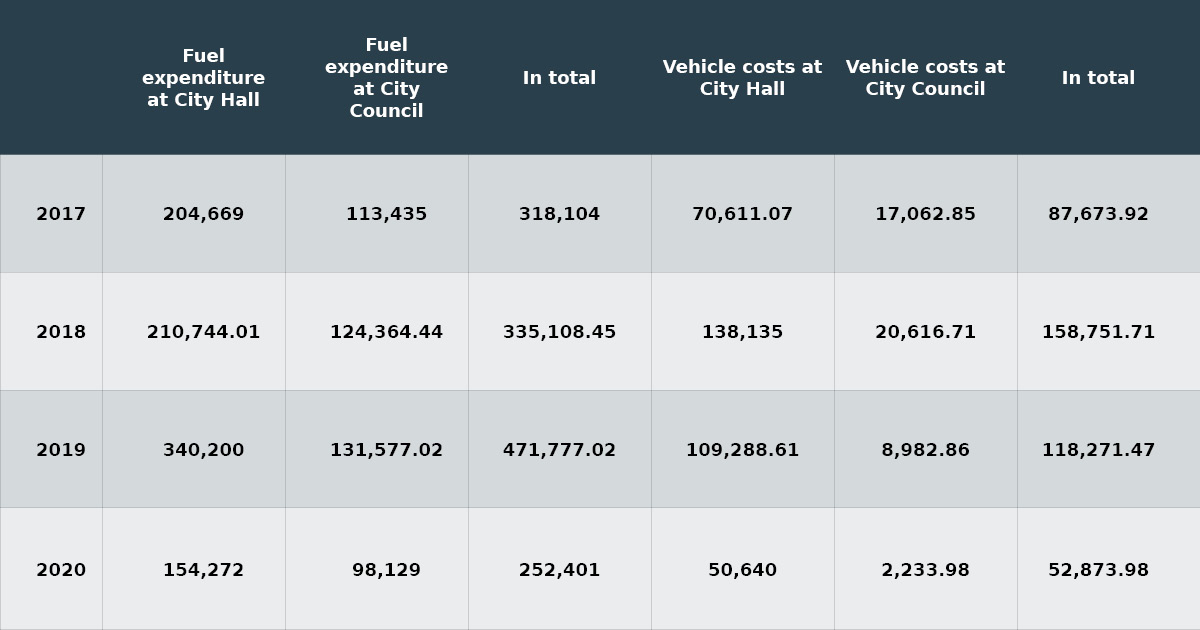