Four companies related to the public officials in Mestia municipality received subsidies worth GEL 769,729 in frames of the state program - Enterprise Georgia. Some of the subsidiary companies and their owners participate in state procurements. The total value of state procurements received by those companies summed up to GEL 300,856. 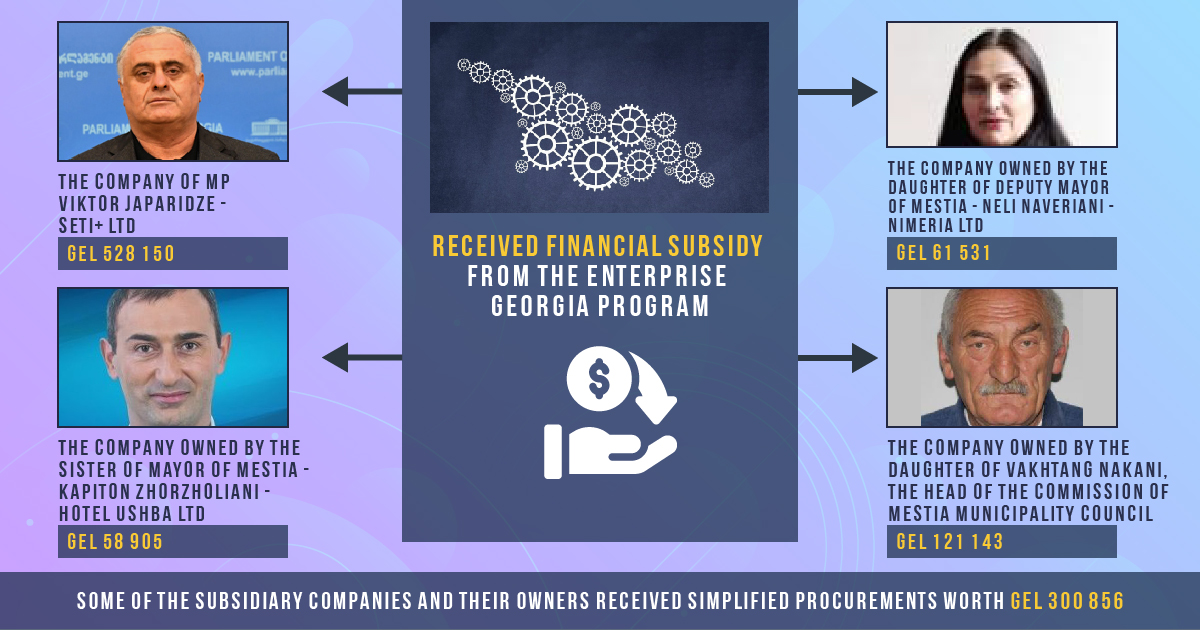 Seti+ LTD is a company partially owned (33%) by Viktor Japaridze - a member of the Parliament from Georgian Dream Party. Seti+ LTD owns a hotel - POSTA HOTEL located in the centre of Mestia. 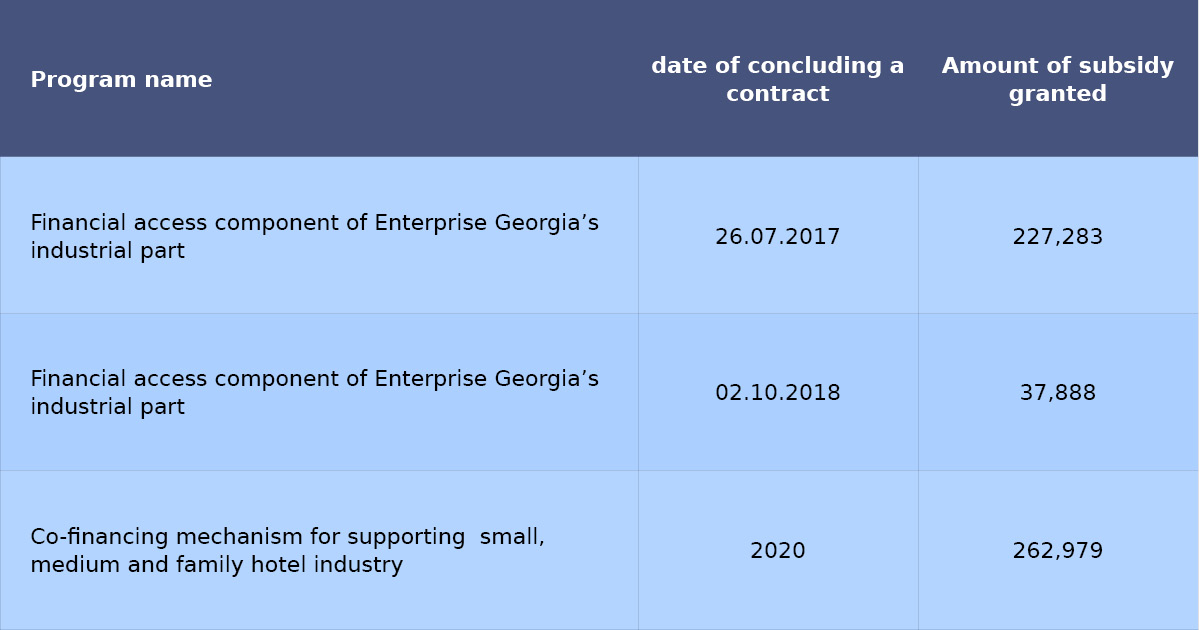 Seti+ LTD participates in state procurements as well. In 2019-2020, the company received 13 simplified procurements with a total value of GEL 114,782. 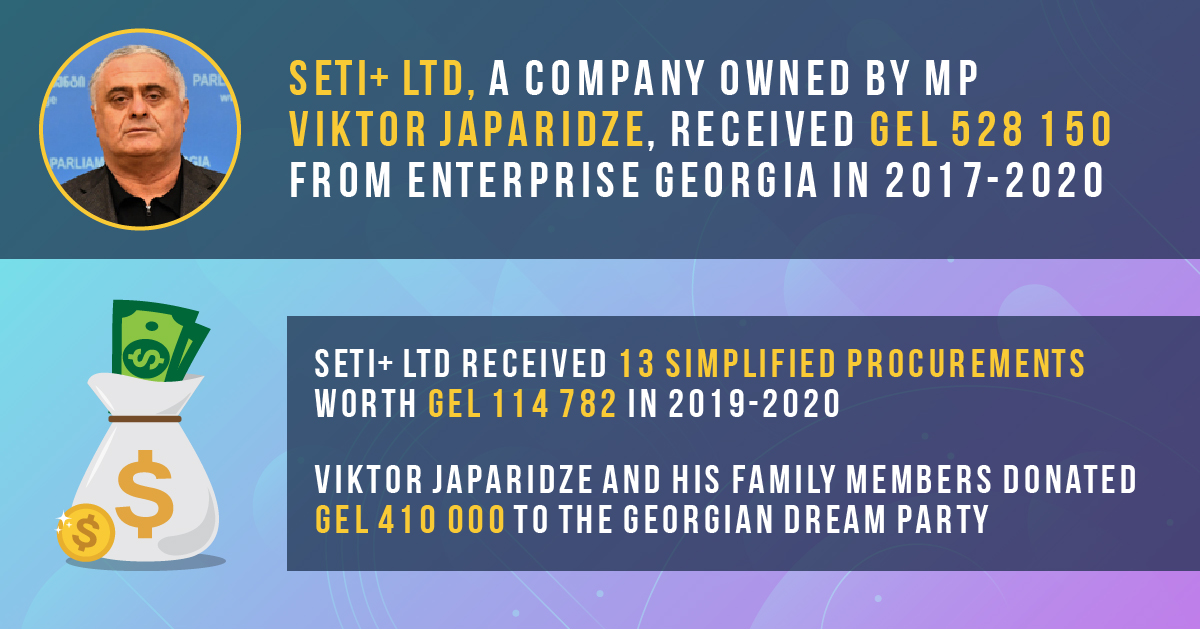 It is noteworthy that Tea Zhorzholiani participates in state procurements as an individual entrepreneur. She has received 28 simplified procurements (Hotel and food services) worth GEL 125,354 since 2014. In 20 out of 28 cases, the buyers of Tea Zhorzholiani’s services were Mestia municipality and the legal entities founded by it. The total value of these contracts summed up to GEL 98,170.

Sunset LTD is a company founded in 2019. Its director and a sole owner is Kristine Nakani -  a daughter of Vakhtang Nakani, who is the head of Economic Affairs and Tourism Development Commission of Mestia Municipality Council.

Sunset LTD received subsidies twice in frames of the industrial part of the state program -  Enterprise Georgia that summed up to GEL 121,143.

It is noteworthy that Kristine Nakani participates in state procurements as an individual entrepreneur. She received 14 simplified procurements (food providing service) worth GEL 53,400, out of which the contracts worth GEL 43,560 come from Mestia municipality. Sunset LTD received 2 simplified procurements with the value of GEL 7,200. In both cases the National Tourism Agency bought a hotel and food service for a gastro tour for the group of 32 Georgian journalists.

Nimeria LTD is a company founded on November 11, 2018, whose sole owner and director is Lela Japaridze, a daughter of Neli Naveriani who is the First Deputy Mayor of Mestia. Two contracts have been granted to Nimeria LTD in frames of the industrial part of government program Enterprise Georgia. Nimeria LTD received a subsidy worth of GEL 61,531 under the contract signed on December 17, 2018. The amount of the subsidy received under the 2020 contract is unknown. According to the explanation given by the Enterprise Georgia, the value will become public once the transfer is finalised.

According to Transparency International Georgia,  participation of the companies related to the public officials in the state subsidy programs on the one hand and in the state procurements on the other hand, raises suspicions on the legality of the process. Therefore, we call upon the Anti-corruption Agency of the State Security Service to study each fact and determine whether there are any alleged signs of corruption.