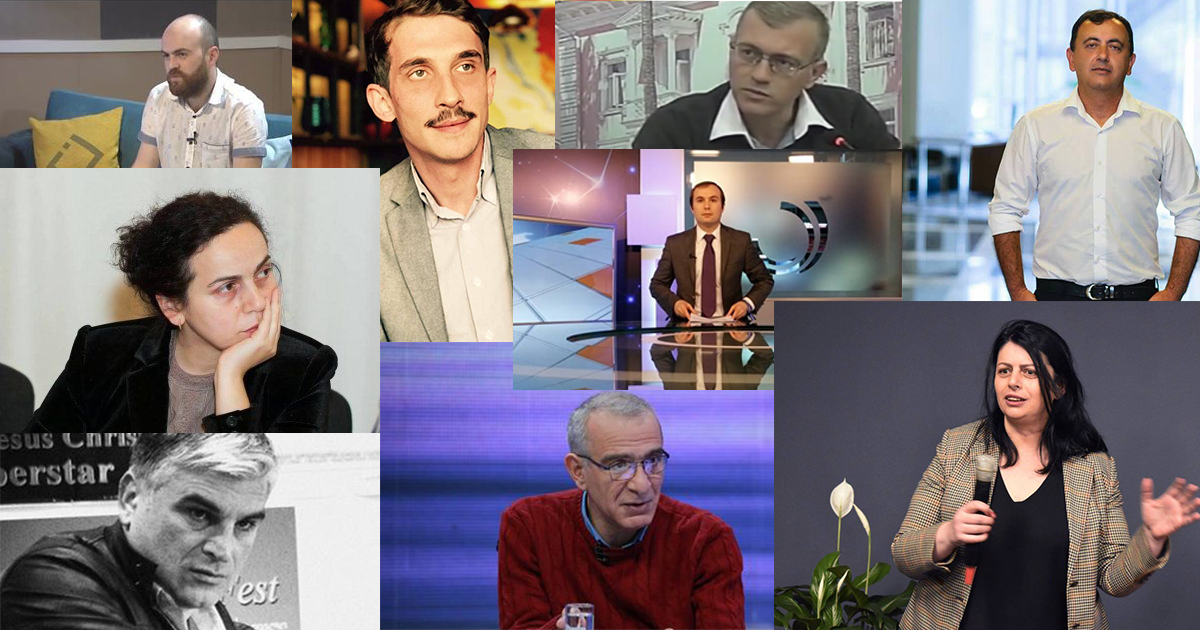 The competition to select the director of the Public Broadcaster Adjara TV and Radio is underway. Nine people participate in the announced competition. The position has been vacant since April 2019 when then-Director Natia Kapanadze was dismissed as a result of impeachment by the Advisory Board.

Kapanadze was elected to the director’s post in 2016. She had six months left until the end of her term. While she was the director, Adjara TV was mentioned in many local and international reports as an impartial and growing organization.

The dismissal of Kapanadze by the members of the Advisory Board on the basis of dubious grounds became a subject of extremely negative assessment on the part of the non-governmental sector.

Currently, Natia Kapanadze is litigating. She is asking to invalidate the decision on the vote of non-confidence made by the Advisory Board, to be restored in her position and to be reimbursed for forced non-attendance. Kapanadze also wanted to suspend the competition announced to fill the director’s vacancy after her dismissal but Batumi City Court did not satisfy her request. The hearing of the case will continue in the Court of Appeals.

Nine people participate in the competition announced to fill the post of the Adjara TV and Radio director.

Giorgi Kokhreidze – in 2014-2018, he was a member of the Board of Trustees of the Public Broadcaster from the quota of the Adjara Supreme Council. He has experience working in non-governmental organisations dealing with issues related to persons with disabilities. In 1999-2004, he was a member of Parliament of the Fifth Convocation. He was the founder of the 202 TV Company, which was closed in 2006. As a member of the Board of Trustees, Kokhreidze actively supported dubious amendments to the law On Broadcasting and did not consider it a violation of any standards of ethics when the Public Broadcaster aired an edited video of the incident related to poet Zviad Ratiani [provided by] the Ministry of Internal Affairs.

Giorgi Tsulaia – former employee of Adjara TV. According to the information found on Facebook, he is a project coordinator at the Anagi Construction Company.

Davit Chkhartishvili – in April 2018, founded the Batumi Platform movement which, among other things, made negative assessments of the work of the local government. One month after founding the organisation, Chkhartishvili was hired by the Municipal Services Agency of Batumi City Hall.

The Batumi Platform criticized Adjara TV Director Natia Kapanadze and its Board, although later, Merab Bladadze, co-founder of the organisation and member of the Adjara Supreme Council from the Alliance of Patriots of Georgia, called Kapanadze’s impeachment “politically motivated”.

Tornike Mzhavanadze – member of the Supreme Election Commission (SEC) of the Autonomous Republic of Adjara. As early as before Natia Kapanadze’s dismissal, reports were disseminated that Mzhavanadze would be elected the director in the event of Kapanadze’s impeachment. Batumelebi published a photo in all likelihood taken in 2012 in which he is wearing a Georgian Dream T-shirt. Mzhavanadze refuted the disseminated information that he was a Georgian Dream activist.

However, he started to actively work with Georgian Dream and in public agencies precisely after 2012. According to his biography, which is posted on the SEC website, in 2012-2013, he worked as an invited specialist for the Georgian Dream – Free Democrats faction at the Supreme Council of the Autonomous Republic of Adjara and, in 2013-2014, as a senior specialist at the Department of International Economic Relations of the Ministry of Finance and Economy of the Autonomous Republic of Adjara. From January until June 2015, he worked as the head of the Department of Procurement and Technical and Material Support at Batumi City Council; since July 2015, he has been a member of the SEC.

As for his experience in the media, in 2014-2015, he hosted the original programme Economist on the Public Broadcaster Adjara TV and Radio.

Merab Tsulukidze – has worked in journalism for 21 years. Currently, he is a journalist for the Adjara Bureau of the Information Service of the First Channel of the Public Broadcaster.

Natia Zoidze – currently acting director of Adjara TV and Radio. She was appointed deputy director in March 2019. Zoidze worked as an analyst at the Batumi office of Transparency International Georgia, has many years of experience working for various media outlets. In 2012-2014, she worked as a news programme producer at the Imedi TV Company, in 2009-2012, she was an investigative journalist for the Batumelebi newspaper and covered political topics for Netgazeti; in 2008-2009, she hosted a political talk show on TV 25; in 2004-2008, she worked at the Mze TV Company, the Interpressnews agency and Radio Imedi. In 2005-2008, she was the head of the news-editorial department at Adjara TV.

Nugzar (Bachuki) Chkheidze – also participated in the competition announced to select members of the Advisory Board of Adjara TV and Radio. He was advisor to Levan Varshalomidze, former head of the Adjara Government, but, shortly before the 2012 Parliamentary Elections, joined Georgian Dream. He is also the founder of the Batumeli society.

Shota (Bacho) Gurabanidze – head of the Dilis Talgha (Morning Wave) programme on Adjara TV. He has 16 years of experience working in various positions in the media. He was an Adjara regional reporter for Radio Liberty. He also worked at various positions in Adjara TV and Radio – as a journalist, host, producer and director.