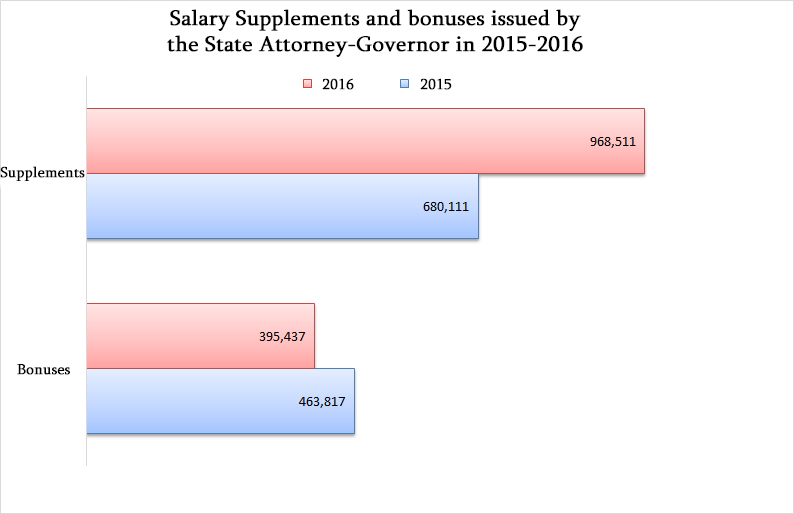 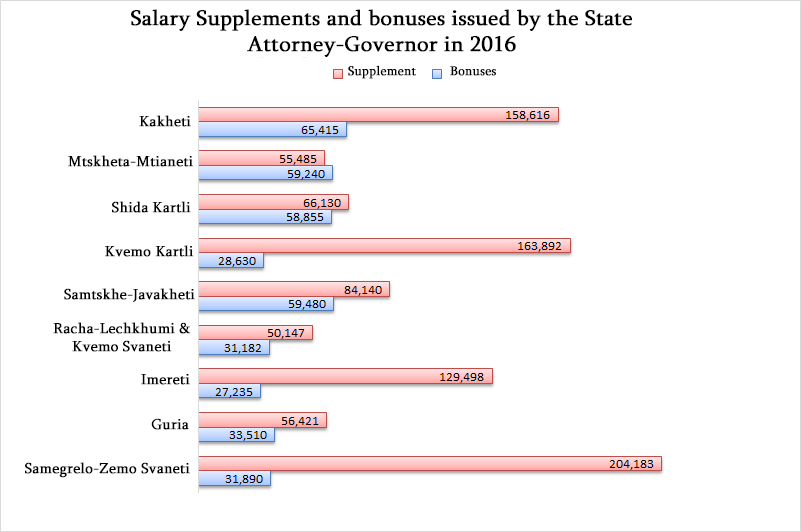 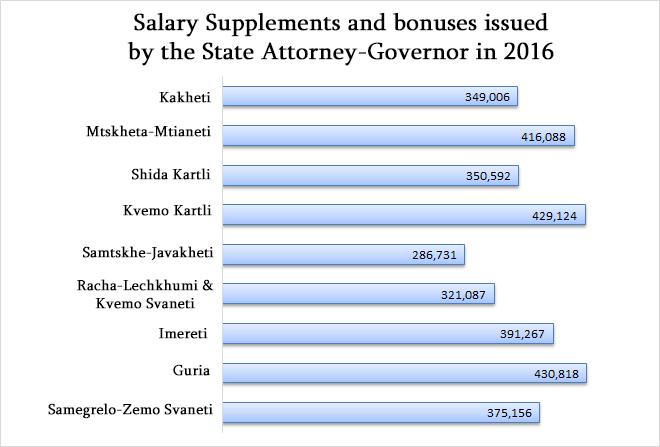 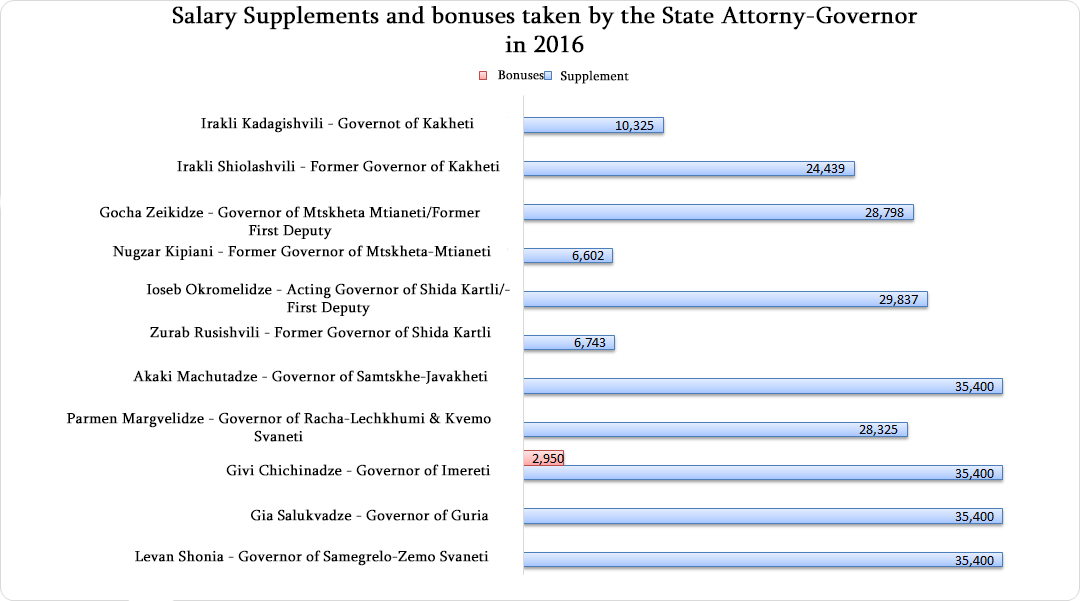 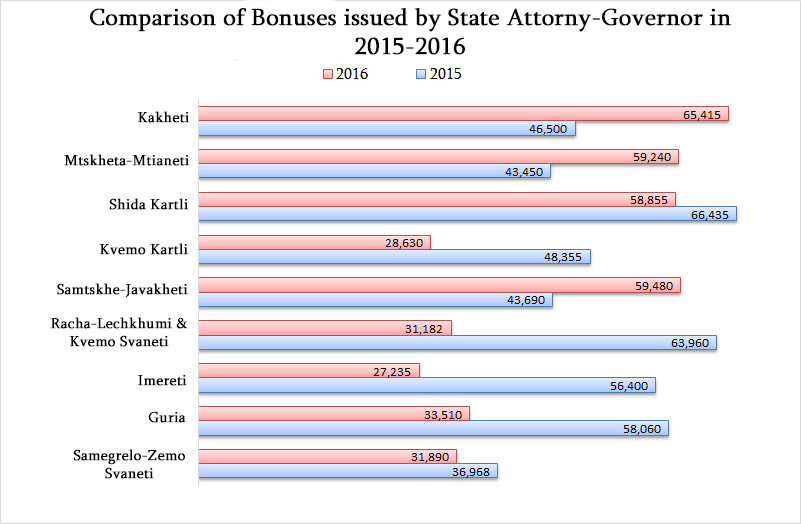 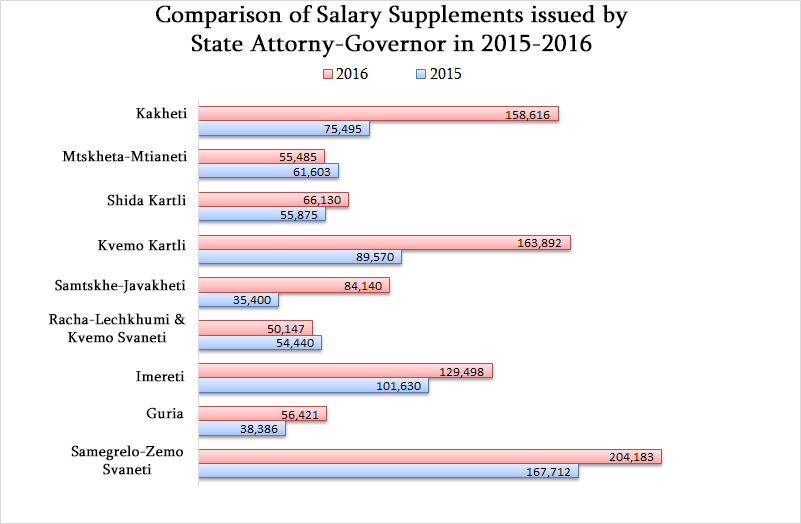 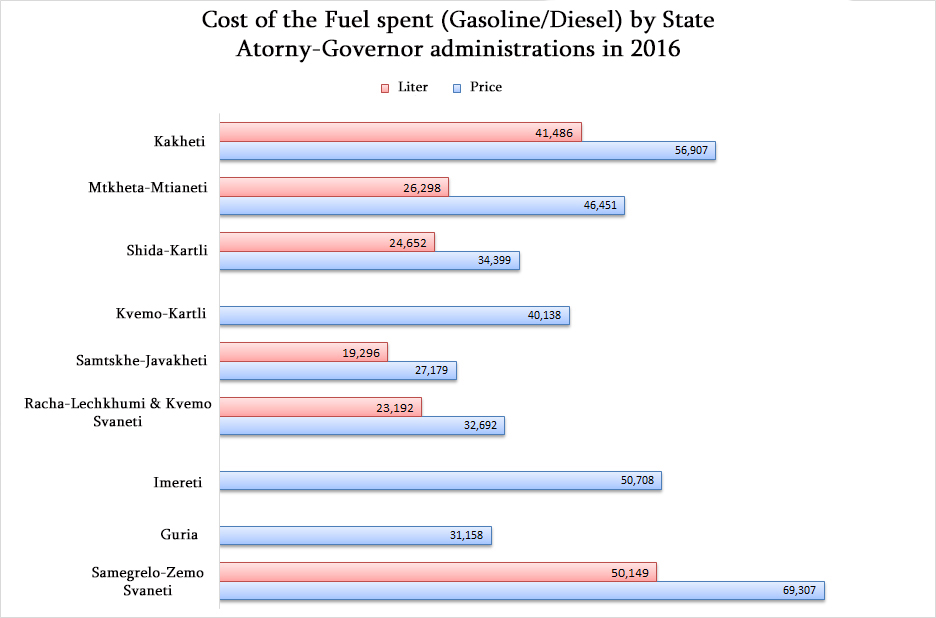 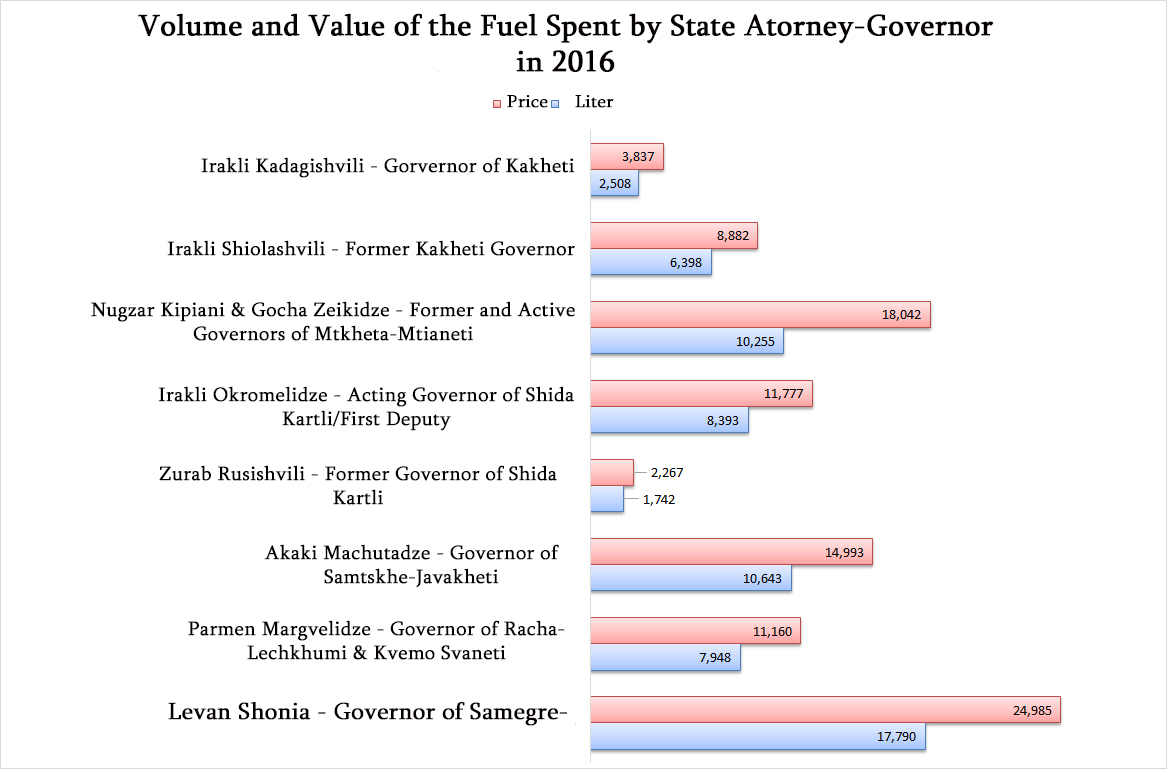 The Administrations of State Representatives – Governors spent the total of GEL 34,126 on telephone communication; GEL 93,968.87 were spent on domestic and international business trips undertaken by the staff. 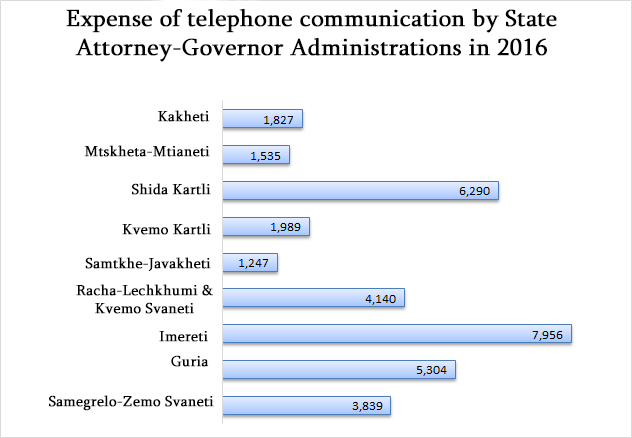 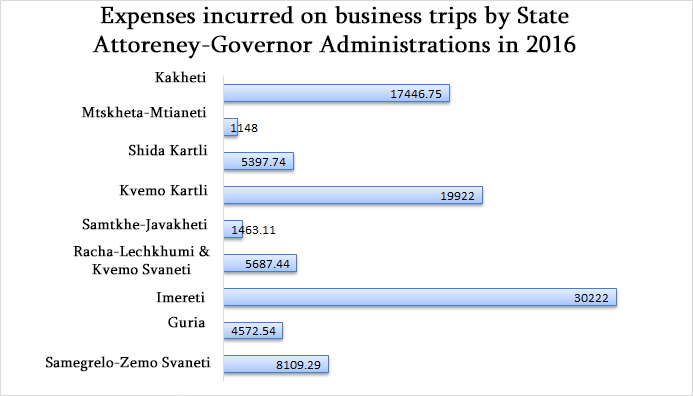 Remarks and recommendations made by Transparency International concerning the 2016 expenses of the Administrations of State Representatives – Governors:

According to the Government of Georgia Decree No 627 of 19 November 2014 “On Approval of the Concept of Civil Service Reform”, the salary supplement is defined as a temporary increase of salary caused by various objective factors, such as workplace or working overtime. Additional remuneration is paid during the period when these circumstances are in place.

Individual officials of the Administrations of State Representatives – Governors receive salary supplements all year long without substantiation, which violates the principle of paying a supplement and, one could say, is more of a position salary than a salary supplement. It is our opinion that this practice is not justified and an administrative body must in each individual case properly substantiate the need to issue a supplement as well as indicate the criteria based on which these supplements are paid to public officials.

As for the bonuses, their payment by the Administrations of State Representatives -Governors is regulated by the Government of Georgia Decree No 449 of 15 July 2014 “On Approval of the Procedure of Determining the Amount of Bonuses in Public Institutions” which has many shortcomings allowing public institutions continue the process of issuing bonuses using the old, flawed practice.