CARTU Fund established the Aspindza Rugby Facility in 2012-2013, which is owned by Rugby Supporters Alliance R-15 LTD. Both of the founders of this particular company - N(N)LE Rugby Supporters League (20%) and N(N)LE Association ATU (80%) are directly affiliated with Bidzina Ivanishvili and the Georgian Dream party. These organizations received GEL 3,984,317 from 45 state procurements in 2013-2020, while their founders donated GEL 376,200 to Georgian Dream and to the Presidential Candidate - Salome Zourabichvili supported by them.

In 2016,  the Mayor of Aspindza at that time and a former Captain of Georgian national Rugby team- Levan Tsabadze (Leonsio) initiated the establishment of the N(N)LE Samtskhe-Javakheti Rugby Club Tao. Since then, the money allocated for the N(N)LE is increasing by thousands of GEL almost every year from every municipality of the region (Akhalkalaki joined in 2017). 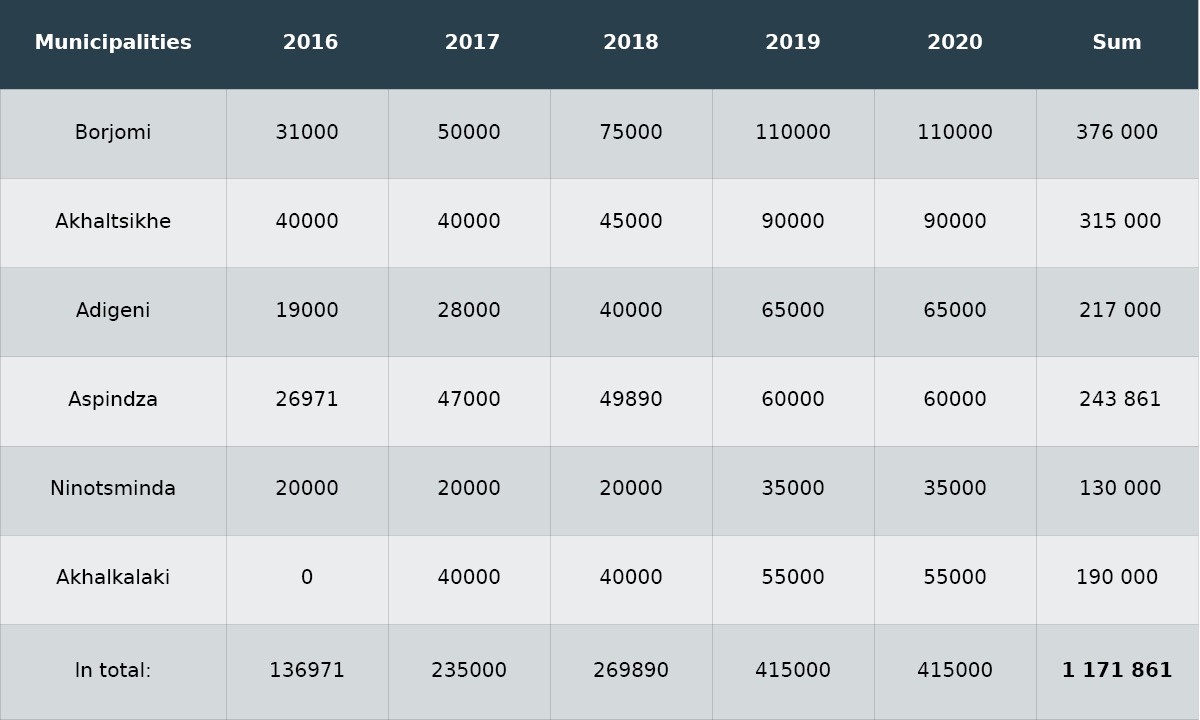 Akhalkalaki municipality had one player in 2018 and in 2020 in the junior team, and 2 players in 2019, however, it has been transferring money from the budget since 2017 and paid GEL 190,000 in total to TAO. Akhalkalaki municipality allocated GEL 55,000 two times in 2019 and in 2020 for just 3 juniors. For the comparison, during the same years, the budget of Akhalkalaki allocated GEL 40,000 and 50,000 for the social protection for the sick and for the people with disabilities, GEL 45,000 for the funding education costs for the children from large families, GEL 40,000 for purchasing medicines and GEL 49,000  for the keep-up of the green plants.

TAO N(N)LE announced 9 tenders on hotel accommodations and meals for participants of the sports gatherings. All 9 tender conditions state that the hotel must be within a radius of no more that 15 kilometers, and must have training grounds/fields compliant in accordance with standards, fitness hall with proper equipment, an ice pool, showers and a dressing room and the contractor must ensure the participants’ transportation to the field. 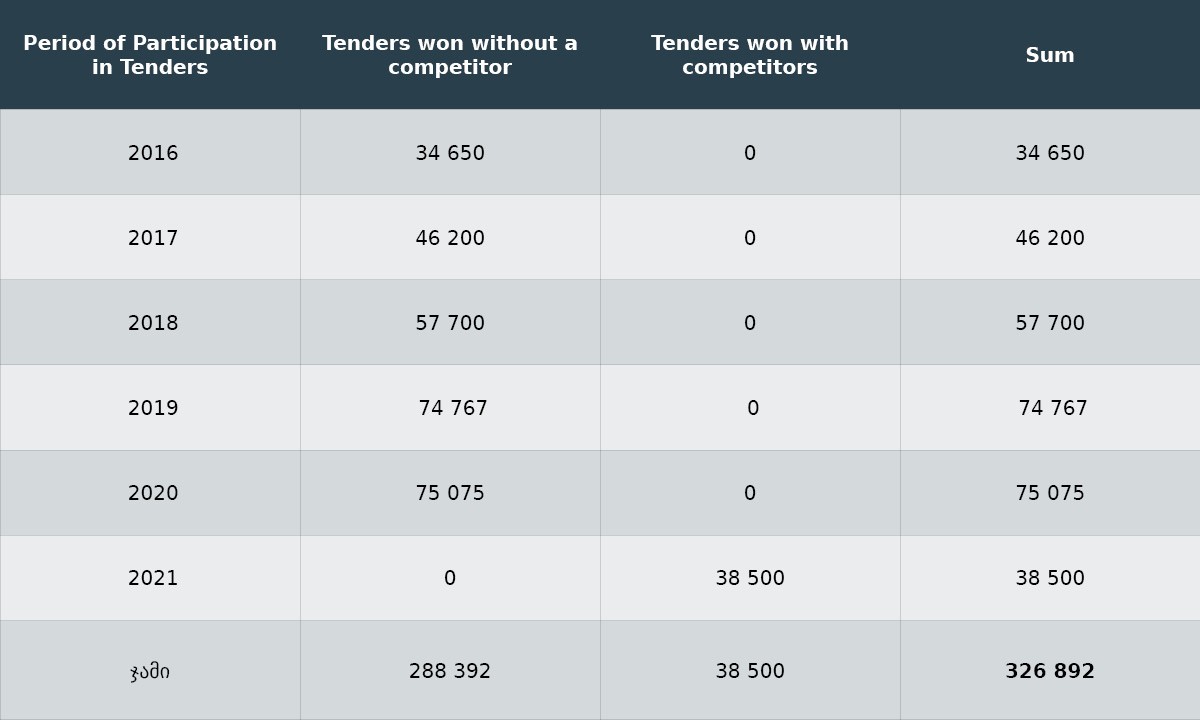 The president of Samtskhe-Javakheti Rugby Club Tao N(N)LE - Irakli Gvenetadze is the founder and former Director of Rugby Supporters Alliance R-15 LTD. Rugby Supporters Alliance R-15 LTD has never participated in any tender other than those of Samtskhe-Javakheti Rugby Club Tao N(N)LE. They sign the contract with the company for the exact amount that is the estimated cost of the procurement. The only exception is the tender, when the company offered its service to the regional N(N)LE for GEL 233 less than the estimated cost of the tender.

It is noteworthy, that the manager of Rugby Supporters Alliance R-15 LTD is the mother of Ana Tivadze - who was the Head of the Administrative Department of Aspindza municipality in 2014-2017 and the chairmwomen of a commission of Aspindza City Council in 2017-2021. Prior to the appointment of Ana Tivadze to a position in the self-government, she held the same position in the company.

Transparency International Georgia considers that the development of sports and its promotion among youth is important, however it should not contribute to inappropriate expenditures of the budget funds. Therefore, we call upon the State Security Service and the State Audit Office to study the tenders of Rugby Supporters Alliance R-15 LTD and Samtskhe-Javakheti Rugby Club Tao N(N)LE along with the simplified procurements given to the aforementioned LTD and Association ATU N(N)LE by the municipal organizations and act in accordance with the law in case of violations.