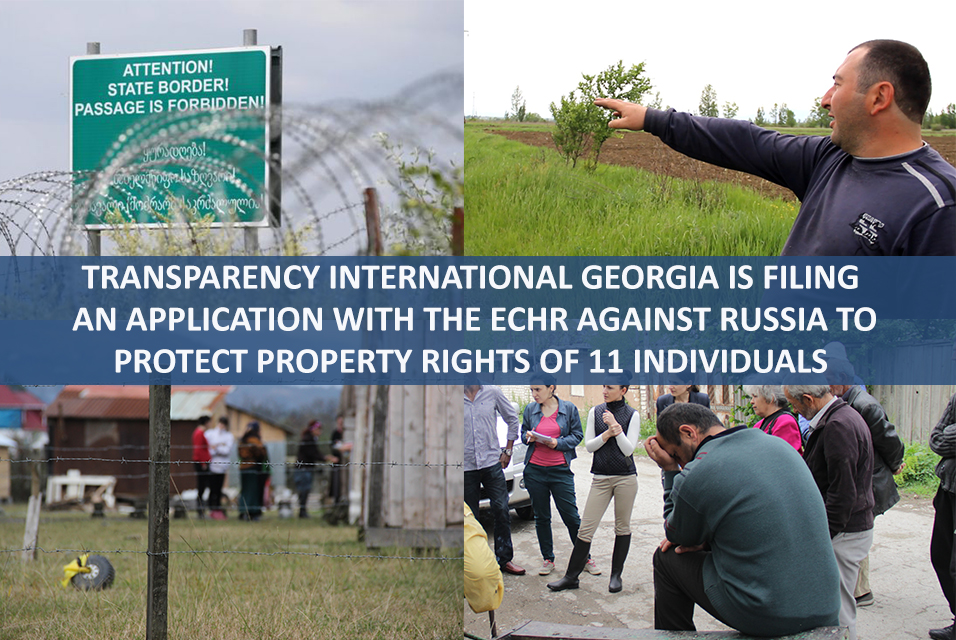 The application  will detail how the creeping occupation following the 2008 war  by  the Russian troops has violated property rights of citizens of Georgia, viz., the fact that  arable lands, houses and other facilities for gainful economic employment have been illegally taken away from them. Citizens of Georgia have been prevented from accessing places of worship and graves of their family members. We believe  these actions constitute violations of rights guaranteed by the European Convention on Human Rights.

At the moment we represent 11 citizens of Georgia. According to the official information provided by the Government of Georgia the occupation line crosses 104 villages. If the court grants  the application, all citizens, whose rights have been violated by the Russian Federation, will have possibility to benefit from it.

The claim is based on several arguments. We believe that several articles of the European Convention on Human Rights have been violated, viz,:

Violation of property rights stems from  the effective control exercised by the Russian Federation and South Ossetian de facto government in the territory of the so called South Ossetia. The applicants believe that their properties were destroyed or stolen shortly after they had been forced to leave the occupied territories. Russian officials have repeatedly denied them access to  their property, which is a continuing interference with the right to property.

All the applicants are connected to to the occupied land in one way or another. Therefore they have established a firm connection with the place of their residence. Therefore, the aggressive policy and ban on access to the private property  by the Russian Federation constitutes the violation of Article VIII of the European Convention on Human Rights.

After the occupation of the South Ossetian territory the Russian Federation started to exercise effective control of this area.  As a result, there is no legal remedy available for the displaced Georgian citizens. One of the applicants has sought justice with South Ossetian judicial institutions. However, the local remedies have not proved effective.

Transparency International Georgia  expresses its profound gratitude to the Foreign Ministry of Georgia  for the cooperation and for providing all the information and documents, necessary for the preparation of the application. We would also like thank   the Ministry of Defense and the State Security Service for providing information about the settlements in the conflict zone.