Responding to high public interest towards government spending, Transparency International Georgia looked into representative expenses of the last 5 years, i.e. official receptions and dinners, parties and events, excursions and cultural events. The public and the media frequently question whether these expenses are justified.

TI Georgia studied data from 117 public institutions. Information was requested from 142 institutions, of which 18 refused to disclose their data, while 7 had not incurred any representative expenses.

We would like to state as a disclaimer that the provided data may not reflect the full amount of spending on representative activities, since several large public institutions refused to disclose their data: Government Administration, Ministry of Justice, Ministry of Economy and Sustainable Development, Ministry of Energy. Transparency International Georgia has taken these cases to court.

While conferences and forums are important, related expenditures must be thoroughly analyzed in order to prevent inefficient spending of the state budget. The government must also explain the reasons behind the continued increase of spending in this area.

In a period of 5 years from 2013 to 2017, public institutions under the Georgian Dream government spent more than GEL 49 million on organizing various official events and guest receptions. Following a dip after 2012, the expenses started increasing in 2014 and exceeded the 2012 mark in 2017. 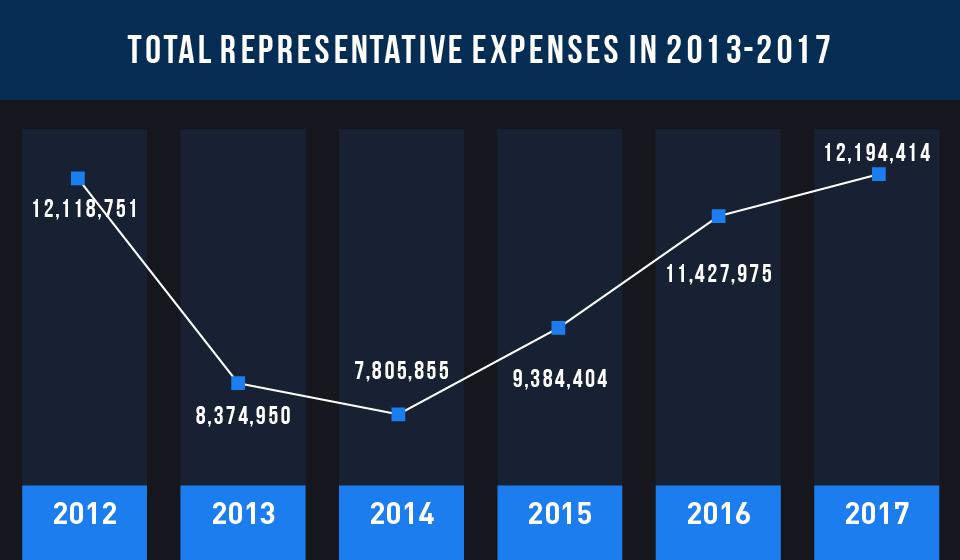 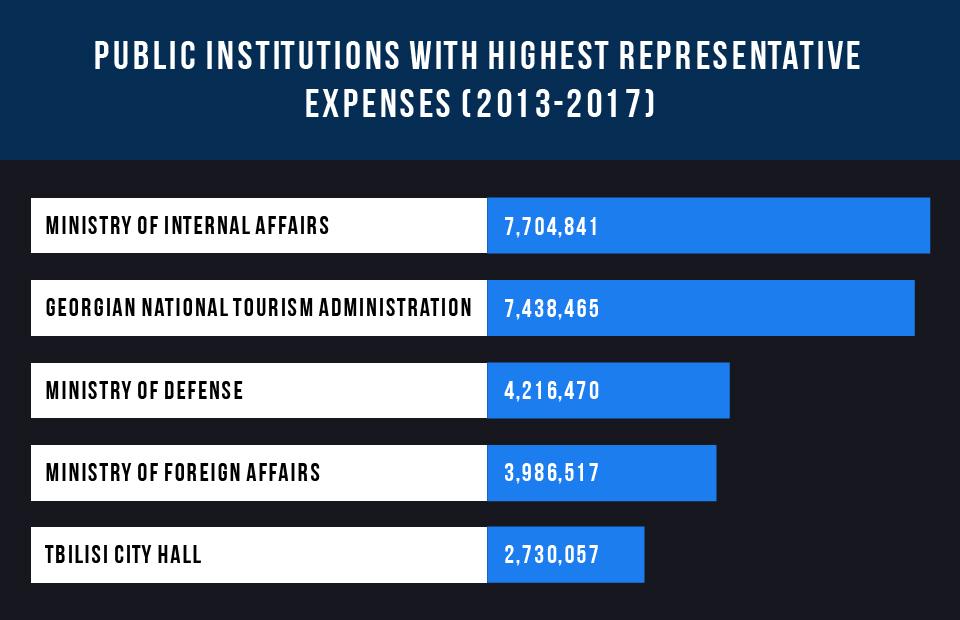 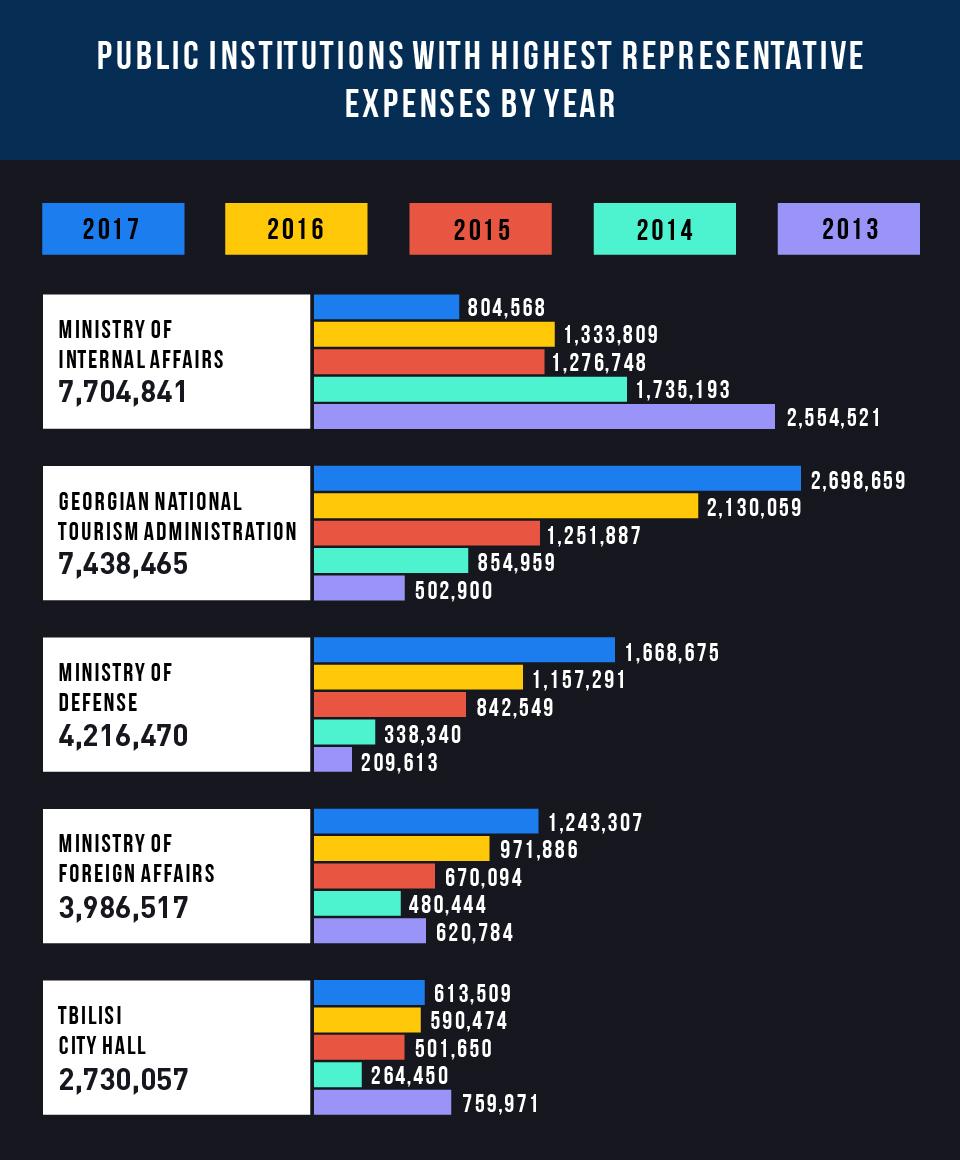 The amount spent by top 5 highest spending public institutions – GEL 26 million – is more than half of the total representative expenses: 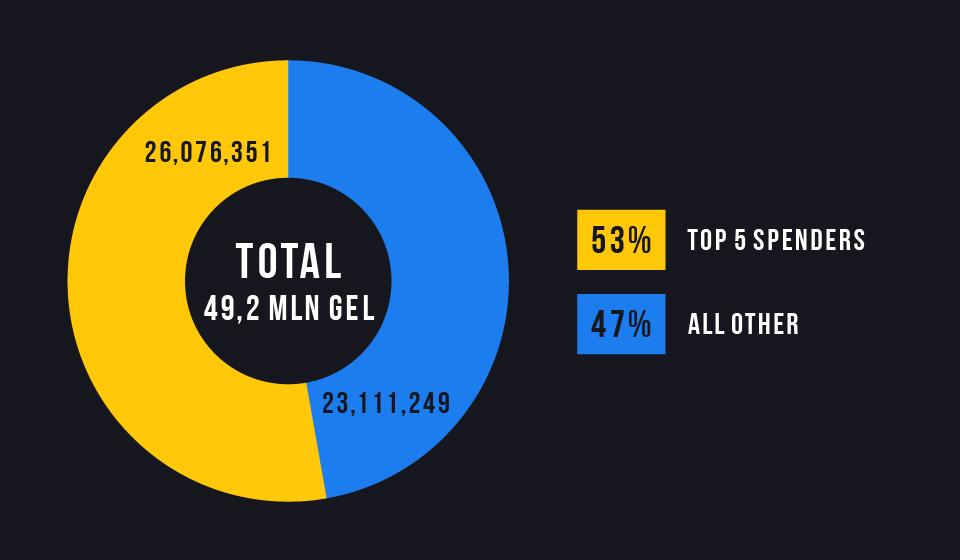