Results of Public Opinion Polls: Elections and Participation in Politics

The vast majority (79%) of Georgia's adult population believes that a new political force is needed in Georgian politics. These are the results of the public opinion poll that was commissioned by Transparency International Georgia and conducted between February 27 - March 18, 2020, by the Caucasus Research Resource Centers (CRRC). With a total of 1,763 respondents being interviewed throughout the country, the representative survey has a margin of error of 2.2% points.

The answers to the same question asked in 2019 were almost the same. 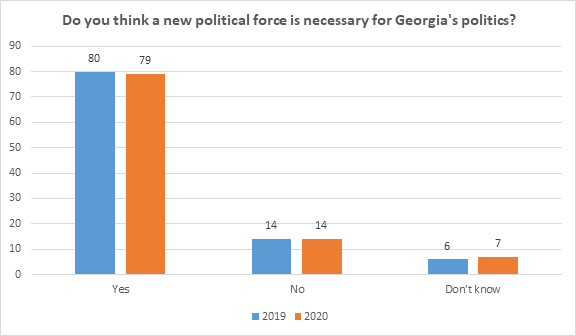 We also asked the respondents how much they knew about the constitutional changes rejected by the Georgian parliament in November 2019, which aimed to move to a fully proportional electoral system. 64% of respondents were informed about this story. 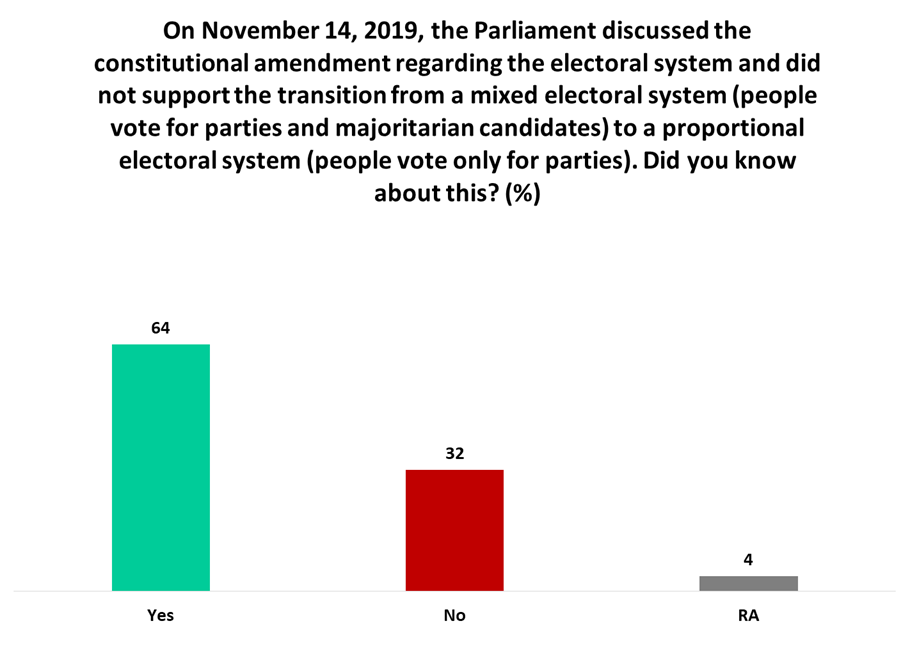 Most of this 64% think that the reason for rejecting the constitutional amendments was Bidzina Ivanishvili's personal decision or the political decision of the ruling party. 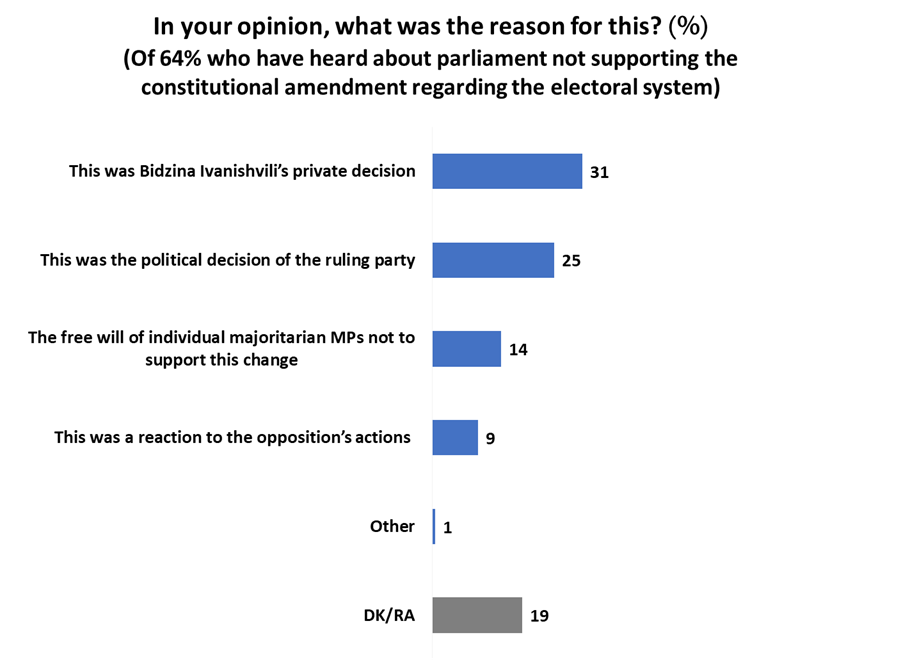 Two-thirds of the same 64% supports the existence of a proportional system in the country. 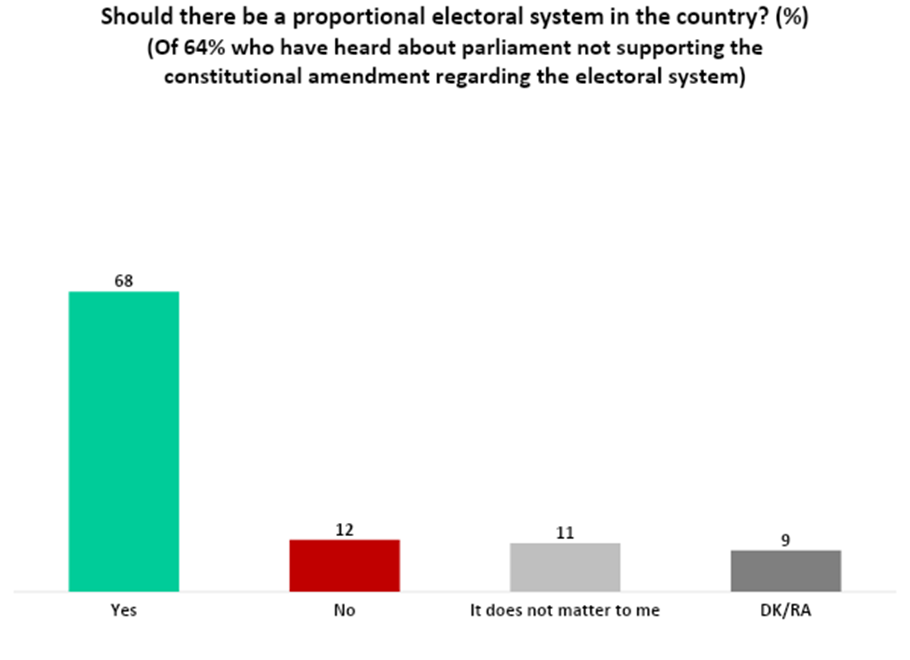 In the course of the survey, we also wondered how ordinary voters assess their participation in elections and the role of ethnic minorities living in Georgia in the development of the country. Two-thirds of the respondents is well aware of their role and do not agree with the opinion that nothing will change with their participation in the elections. 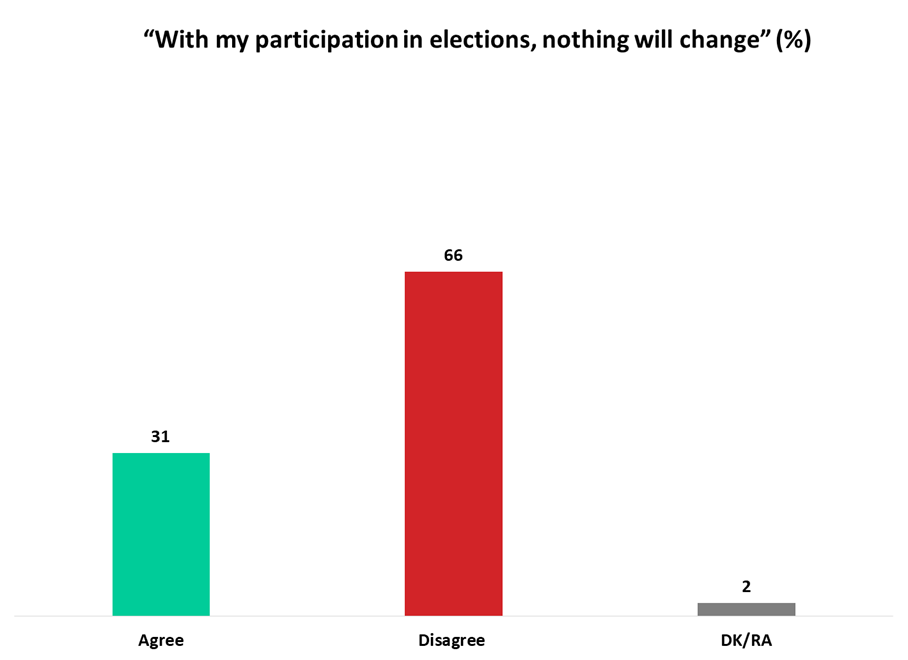 The majority of the population believes that it is important for the development of Georgia that ethnic minorities with Georgian citizenship participate in the political process. 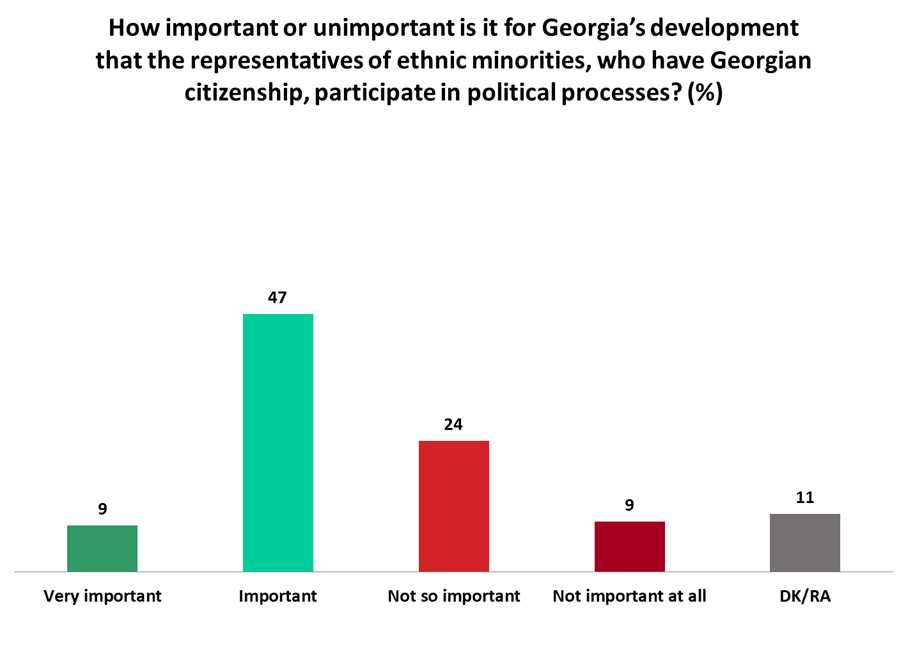 The opinion of the Georgian population on whether ethnic diversity strengthens or weakens the country is not unanimous, but the largest part of it still believes it makes the country stronger. 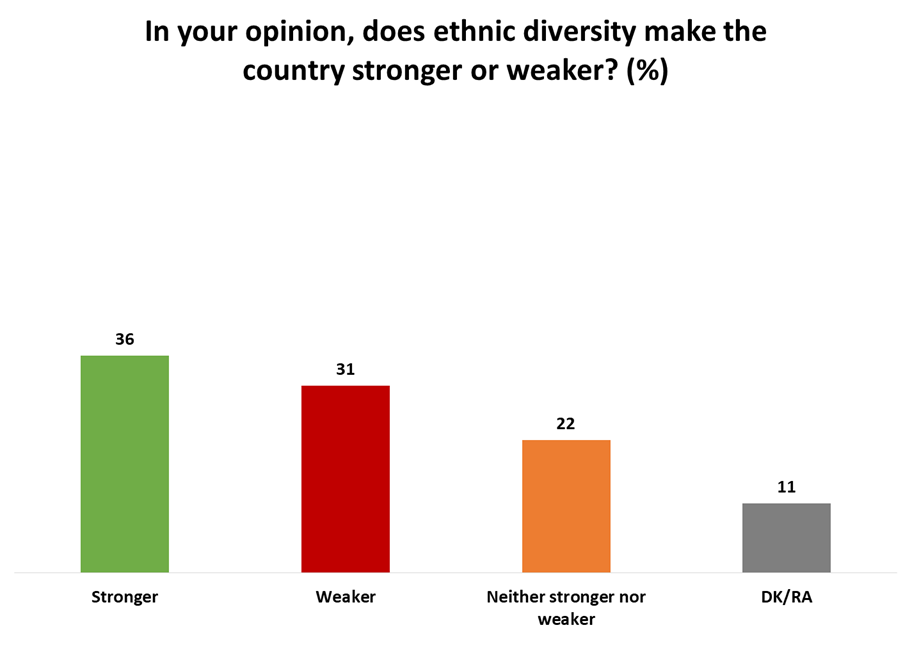