What do citizens demand from local municipalities? - საერთაშორისო გამჭვირვალობა - საქართველო

What do citizens demand from local municipalities?

About a quarter of the citizens surveyed think that the mayors and municipal councils (Sakrebulos) elected in 2017 do not express citizens’ interests.

The survey of 2,087 respondents was commissioned by TI Georgia and conducted by the Caucasus Research Resources Centers (CRRC) from February 20 up to March 5, 2019, and its margin of error amounts to 2.3%.

Only 33% of the respondents believe that the mayor of their city/municipality represents citizens’ interests when carrying out his/her duties, while 25% of those surveyed have a contrary opinion. 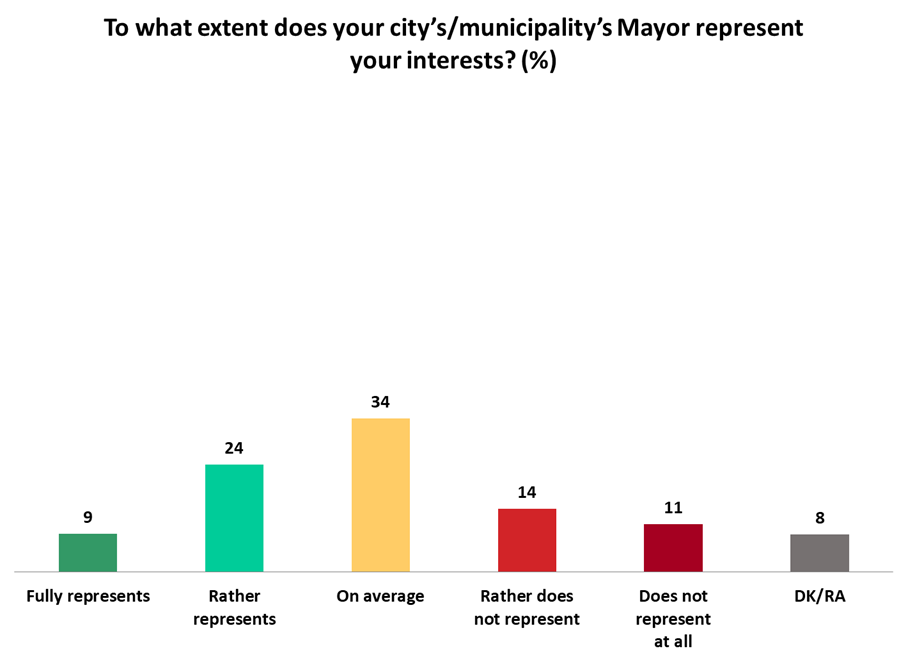 With regard to municipal councils, the respondents’ opinion was divided equally – the number of both those who expressed a positive attitude to the work of representative bodies and those with a negative attitude amounted to 27%. 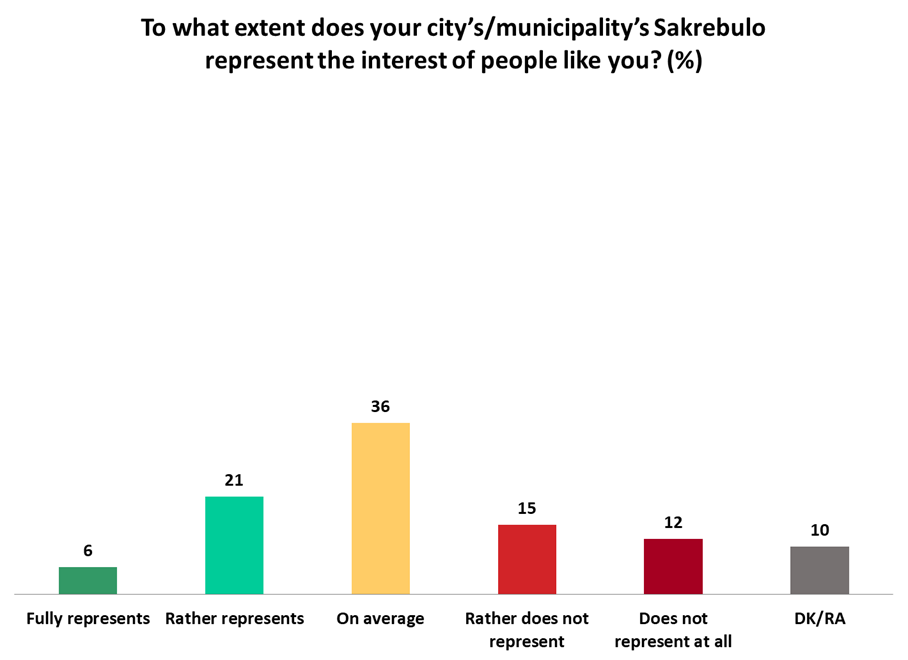 It should be noted that an analogous survey conducted in the previous year showed far more undesirable results for local self-government bodies – in 2018, only 26% of those surveyed thought that the mayors represented citizens’ interests, while 22% of those surveyed were of the same opinion about municipal councils. According to the results of the 2019 survey, the number of positive responses to the same question increased by 7% with regard to mayors and by 5% with in connection with municipal councils.

With regard to provision of municipal services, the greatest discontent of those surveyed is caused by unsolved problems related to proper condition of streets, parks, squares, and green spaces in general, as well as to homeless animals. In addition, the number of those who give a positive assessment to the operation of public (municipal) transportation has decreased: in 2018, 41% of those surveyed were satisfied with public transportation, while in 2019 only 37% gave the same reply to this question. 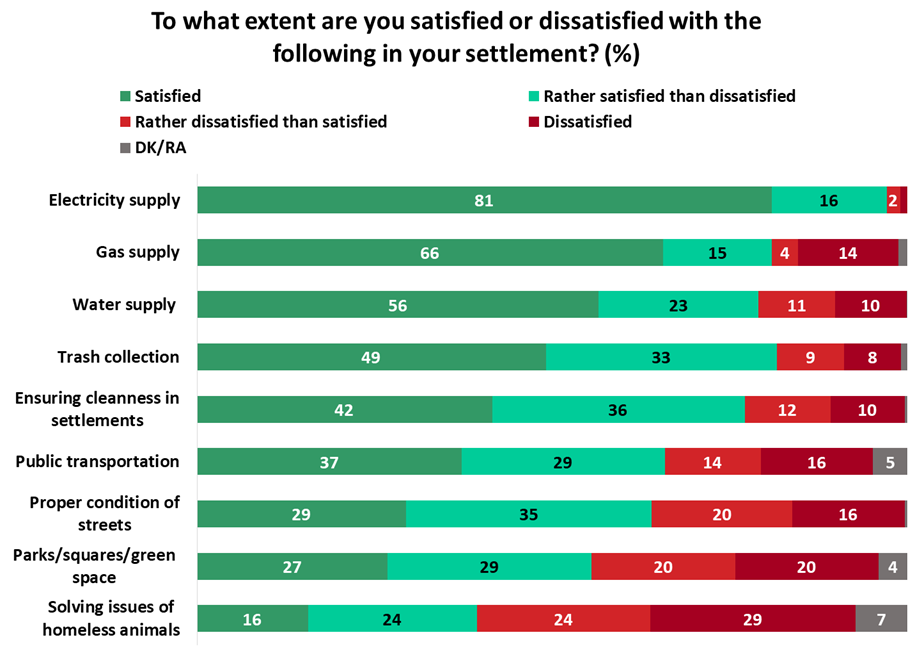 In comparison with the previous year, there has been an increase in the number of citizens who are satisfied with water supply and trash collection services in municipalities. The population is the most satisfied with the operation of the systems of electricity and gas supply.