On January 1, 2018, the Law on Remuneration in Civil Service came into force. As a result, a centrally regulated remuneration system was introduced for the first time in the history of the Georgian civil service.[1] In order to examine the practical impact of the law on the remuneration of employees, in particular the distribution of salaries among different employees, TI compared one-month remuneration in central apparatus of ministries before and after the law was implemented. As a result, it has been revealed that in 2017-2018, wage inequality increased in five out of eight ministries, while in three ministries it reduced. If we look at the figures of all eight ministries, it would appear that wage inequality has almost not changed during the study period.

The purpose of the study was to analyze the inequality of remuneration in the central apparatus of ministries and to describe the trend following the adoption of the new law. To achieve these goals, we have used mean and median salaries in the ministries. To have a full comparison, salaries of political appointees (ministers and deputies) were also taken into account, even though the new law does not apply to them until 2021.

Remuneration in civil institutions consists of a) salary, b) salary increment and d) bonus. The study compares payrolls, which are the sum of all three components, since the goal is to analyze the actual amount received by the employees.

However, in December 2018, we also saw salary increments and bonuses paid based on the justification that is not allowed by the new law. An example of this was the Ministry of Defense, from which we received a written response explaining that the bonuses of GEL 125 were given to all employees for the New Year celebration. Under the new law, a holiday cannot be the basis for a bonus, it is an individual incentive mechanism and depends on the quality of work of an employee. 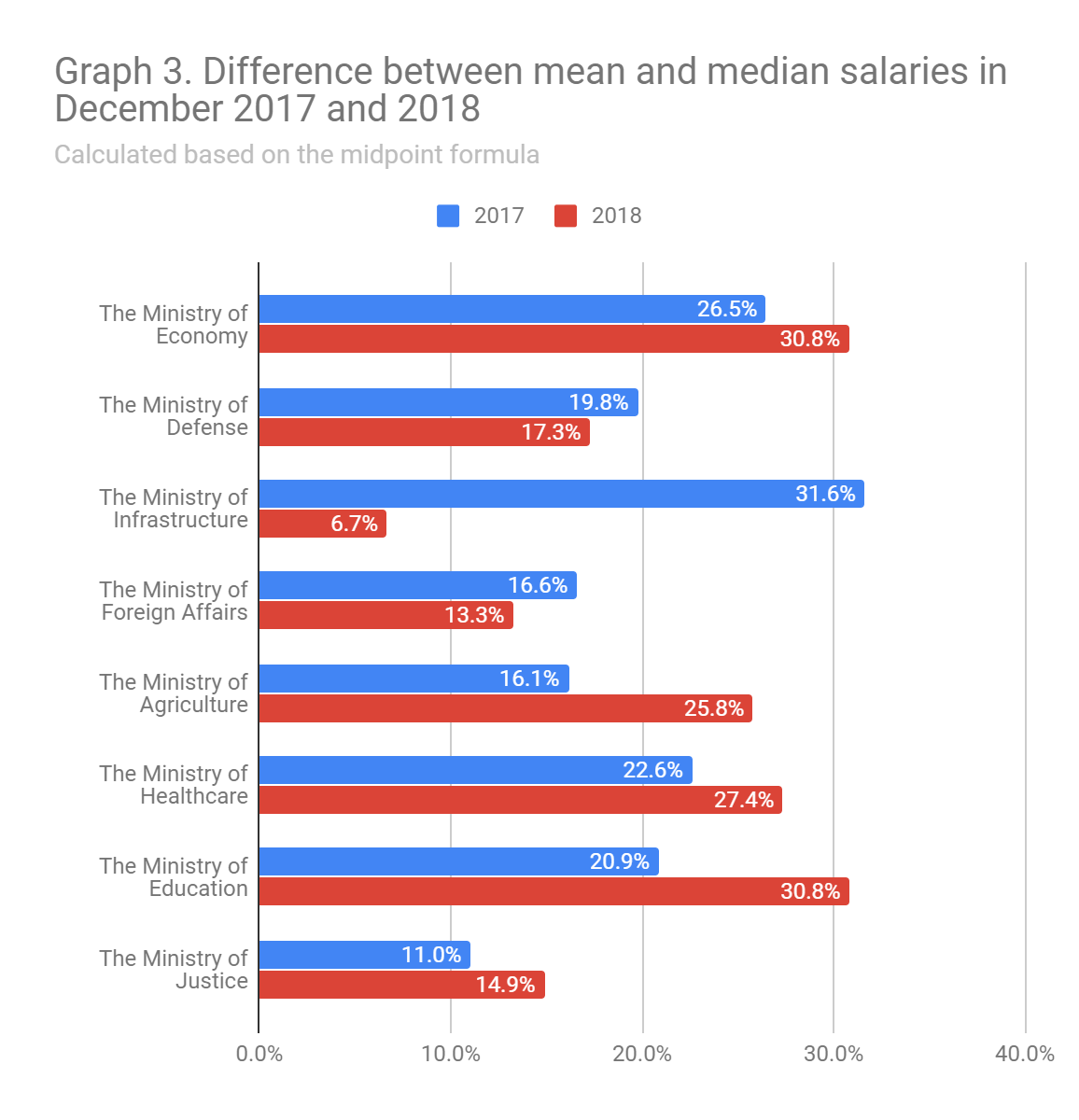