On 25 January 2016, a new parking system was introduced in Kutaisi, establishing fees for parking cars in designated parking spots. To manage this issue, on the basis of the Kutaisi Municipality mayor's order, municipal property was directly leased for use by LLC "Parkingservice" – a company especially created by the municipality in order to address the problem of parking. Despite the fact that Parkingservice started improving the infrastructure, parking on the central streets of Kutaisi remains problematic. 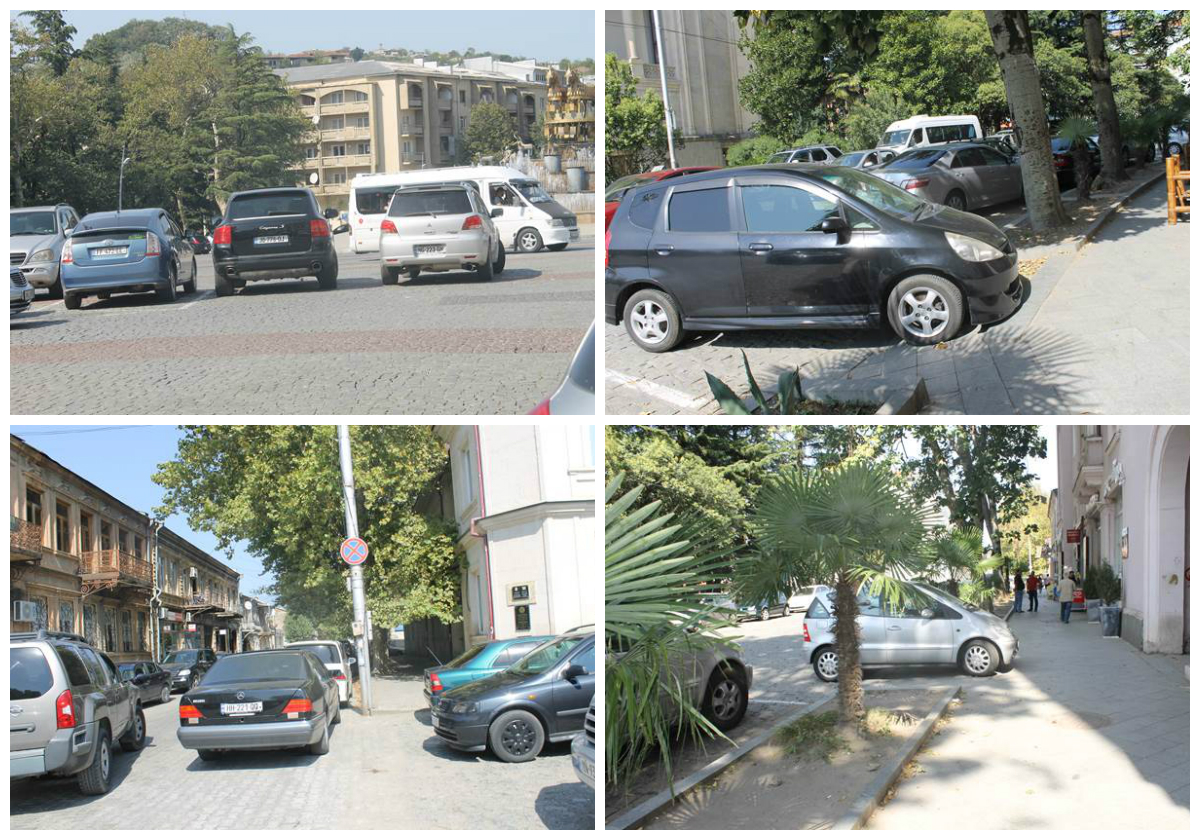 Why It Was Not Managed to Select an Appropriate Private Company

First and foremost, it is important to note that addressing the problem of parking in Kutaisi was assigned to a company that was especially founded by the municipality rather than to a private company, which would be compliant with international best practice. According to the information provided by Kutaisi City Hall, before the creation of LLC “Parkingservice”, an electronic auction to lease the right to organize automobile parking on general and special places on the territory of Kutaisi City Municipality was held four times in 2014-2015: on 7 November 2014, on 1 April 2015, on 21 April 2015 and on 5 May 2015. In all four cases, the conditions set by the City Hall were identical and the starting annual price of acquiring the right amounted to GEL 660,000. According to the City Hall’s explanation, these auctions fell through because no company expressed a wish to participate. It has to be noted that the City Hall did not make any essential changes in the auction conditions and new auctions were announced with short intervals and without addressing the causes of previous failures. Later on, Kutaisi City Hall decided to establish LLC “Parkingservice” which then received the lease agreement for the same land plots that were identified by the previous tender conditions but for a much lower price of GEL 460,715. In addition, GEL 300,000 were allocated from the local government budget to kick-start the operation of the new legal entity.

Terms of Agreement Between the City Hall and Parkingservice

Parkingservice Expenditures and Payments to the Budget

Currently, Parkingservice owes GEL 363,415 to the state. According to Kutaisi City Hall’s information, in 2016, GEL 266,762 were paid to the budget as a result of LLC “Parkingservice’s” operation. According to the document provided by Parkingservice, GEL 166,762 is the amount received in the form of fines for parking violations and categorized as the local government budget revenue while only GEL 100,000 of the lease amount determined by the agreement signed by the City Hall and the LLC were paid by Parkingservice in 2016. LLC “Parkingservice” explained the failure to pay for the lease by the fact that 2016 was the first year of operation of the organization, due to which capital expenditures were quite high (setting up parking infrastructure in the city as well as organizational infrastructure). However, the acquired information allows to conclude that the amount spent to render LLC “Parkingservice” operational was higher than the amount it paid to the local budget. Since its establishment, LLC “Parkingservice” spent the total of GEL 64,259 on setting up parking infrastructure and GEL 485,552 on remuneration. Of these, GEL 65,452 were spent in 2015, GEL 306,763 – in 2016 and, as of 12 July 2017, GEL 113,337; in addition, the bonuses paid in 2016 amounted to GEL 12,425. At present, 32 people are employed by Parkingservice.

The incomplete payment of the lease amount  of GEL 463,415 by LLC “Parkingservice” can be considered a violation of the terms of agreement signed with the City Hall, although the local government body has so far refrained from imposing sanctions – a penalty – on the LLC. The City Hall explains this by the fact that “LLC ‘Parkingservice’ is an enterprise established by Kutaisi City Municipality which owns 100 percent of its shares, thus applying measures envisaged by Article 2.7 of the aforementioned agreement would be economically irrational since it could hamper the implementation of functions by LLC ‘Parkingservice’”. Correspondingly, it is not clear to Transparency International – Georgia whether Kutaisi City Hall is planning to receive the lease amount owed to it by LLC “Parkingservice” for 2016 in the future, in what time and on what conditions, as the parties have not supplied information whether any kind of agreement is in place regarding this issue.

Transparency International  Georgia believes that LLC “Parkingservice’s” failure to fulfil its obligations inflicts significant damage on the budget of Kutaisi City Municipality as the municipality has received revenue that is smaller than the envisaged amount. In addition, it is absolutely unclear why the issue of regulating parking was assigned to a municipal LLC, and in such a way that the municipality had to allocate significant additional financial resources (GEL 300,000) to this end.

It is also unclear why, after other auctions were unsuccessful, it was not possible to announce a new auction with different conditions if Kutaisi City Hall found them acceptable in the case of LLC “Parkingservice” which it had founded itself. In our opinion, this is an unequivocally discriminatory decision with regard to private companies.

We believe that, in order to address the identified problems, Kutaisi City Hall must request that LLC “Parkingservice” adhere to the terms of the agreement and, otherwise, impose sanctions envisaged by the law. It is important that the local government is trying to address the parking problem but the methods that the municipality has been using so far have been increasing budget expenditures instead of generating revenue, which points to inefficient management. In addition, we consider it expedient to audit the activities of LLC “Parkingservice” in order to identify existing problems and to ensure that the recommendations made are considered.