In order to identify the proportions of permanent and temporary public servants in budgetary organizations of the central government, we requested public information from 78 state entities, including central offices of all ministries, and important Legal Entities of Public Law (LEPL) and other subordinate agencies.[3] 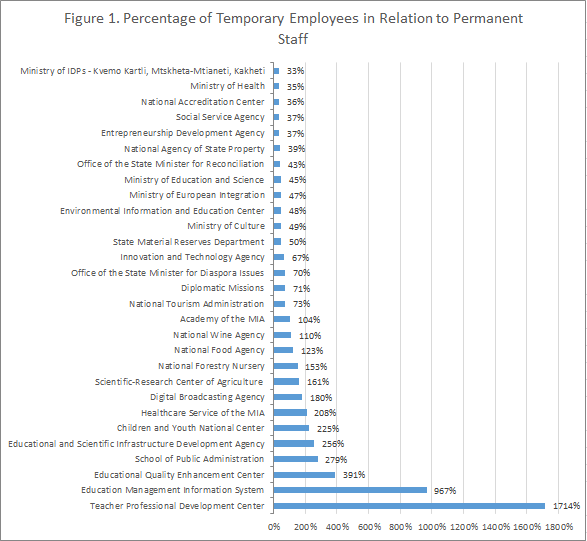 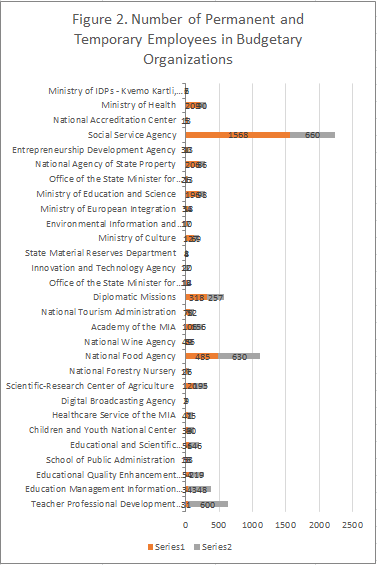 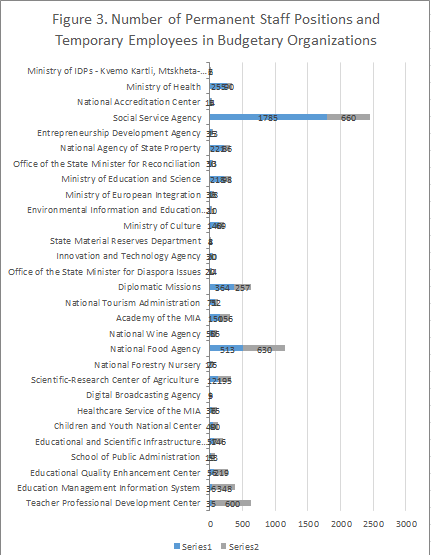 Exceeding the limit on the number of temporary employees by hundreds of percent does not formally constitute a legal violation. As mentioned above, Article 22 Paragraph 7 of the Law on the 2015 State Budget allows for such exceptions with government consent. However, the exception can be considered a rule when 61 out of 78 budgetary organizations have a significantly increased limit. The legal restriction set by the budget law of 2015 (as well as those of 2014 and 2013) does not serve as a barrier for budgetary organizations to increase their number of temporary employees many fold beyond the limit.

The unsubstantiated increase of the number of temporary employees has been coupled with an annual increase in the number of permanent public servants: 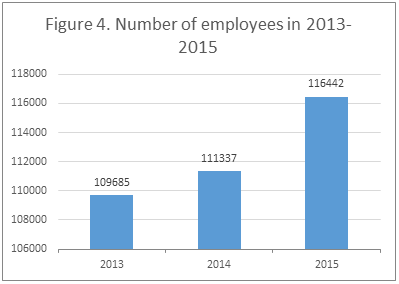 Their remuneration also increases each year: 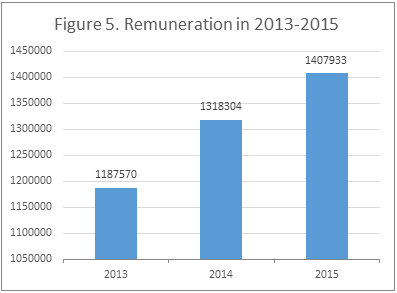 [2] This restriction does not apply to autonomous republics and self-governing units, as well as their Legal Entities of Public Law (LEPL) and non-commercial legal entities. It also does not apply to LEPLs that are considered religious organizations under Georgian law, LEPL Georgian Public Broadcaster, public schools, vocational and higher education institutions, as well as those LEPLs that receive less than 25% of their total revenue from the state, autonomous republic and local government budgets.

[3] The central office of the Ministry of Economy has yet to provide us with the requested information.

[4] In addition to the number of temporary employees, government orders often also grant permission to exceed the limits on bonuses, average salaries, and other restrictions set by the budget law.