Transparency International (TI) Georgia continues to monitor the processes inside municipal non-profit (non-commercial) legal entities (N(N)LE) after the 2014 local government elections. TI Georgia has already published its findings regarding the increased number of employees at N(N)LEs of municipalities in the regions of Samegrelo-Zemo Svaneti, Guria, Kakheti, and the Autonomous Republic of Adjara. The following are monitoring results of non-profit legal entities under Samtskhe-Javakheti municipalities.

TI Georgia requested public information regarding the number of employees and their salaries in non-profit legal entities under Samtskhe-Javakheti municipalities as of May 1, 2014 and January 15, 2016.

The received public information revealed that: 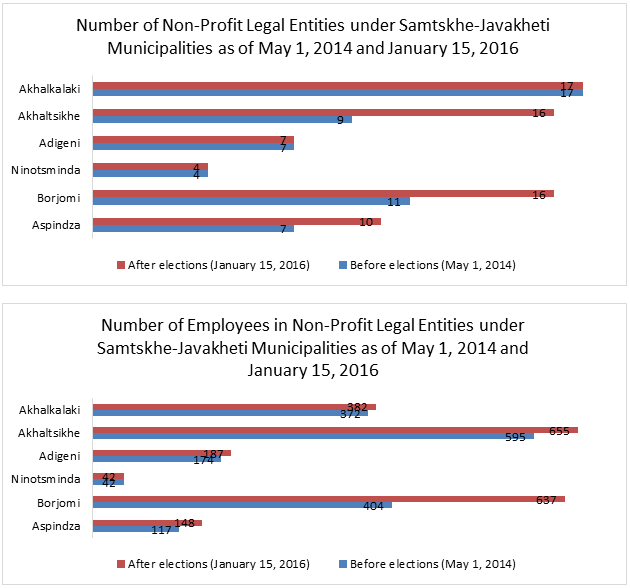 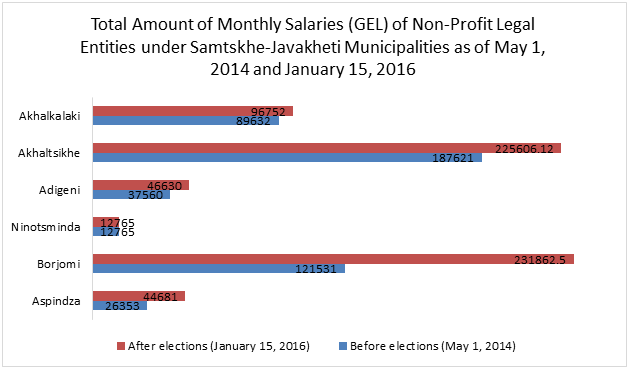 It is Transparency International Georgia's position that: