The majority of public officials and members of municipal councils in the municipalities of the Samegrelo-Zemo Svaneti region are men. 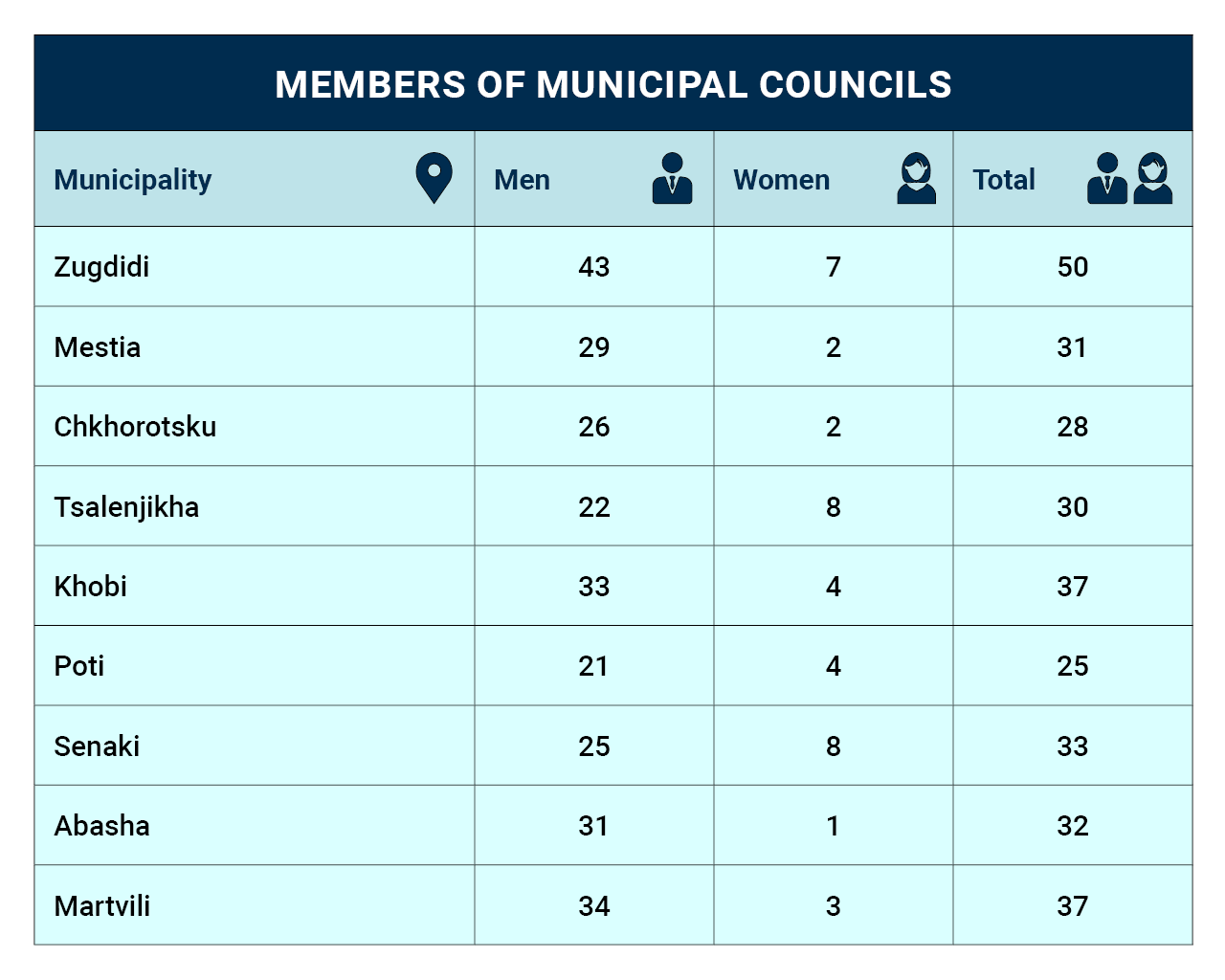 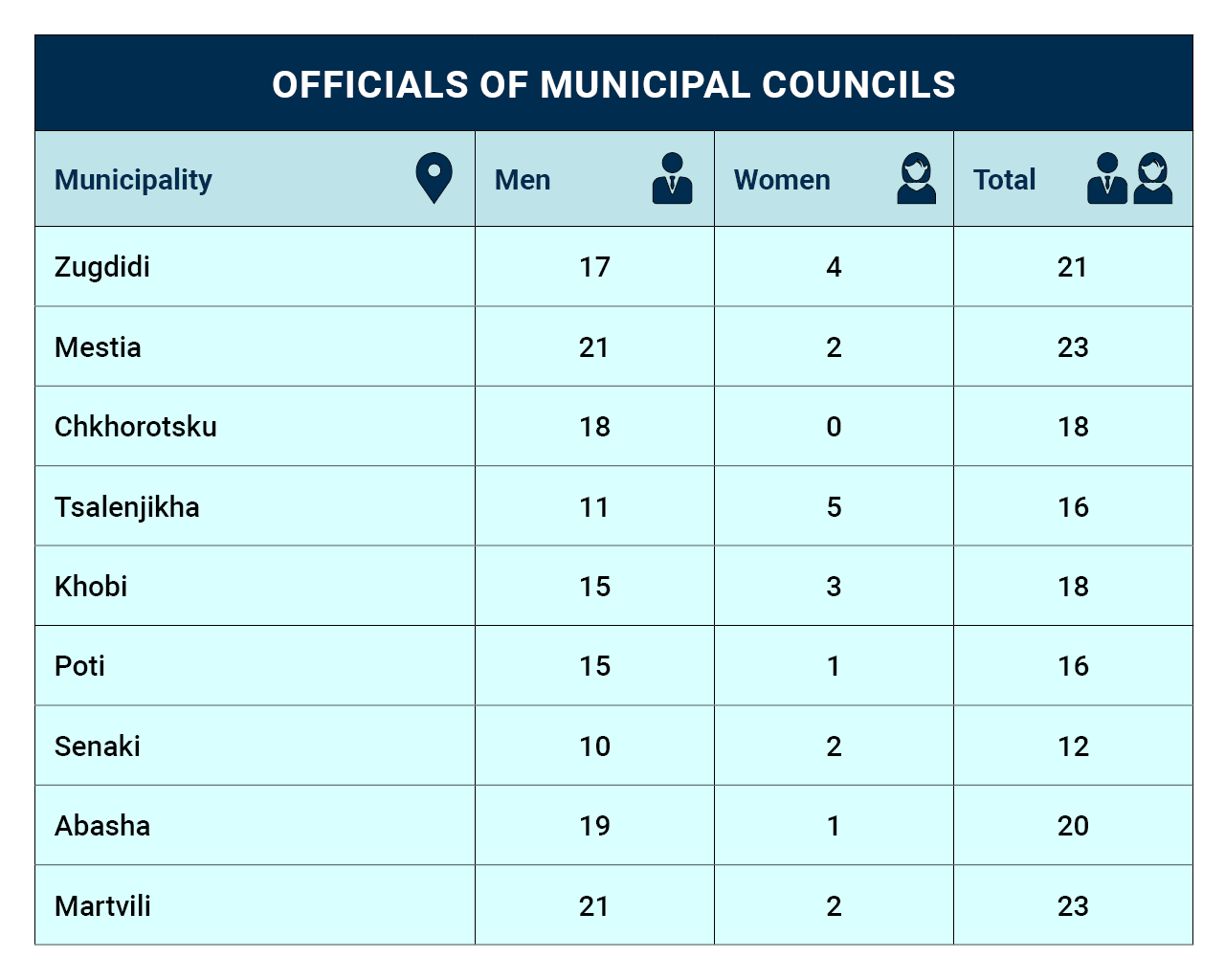 The mayors of all the nine municipalities are men, while their 16 deputies only include one woman in the Town Hall of Mestia.​​​​​​​ 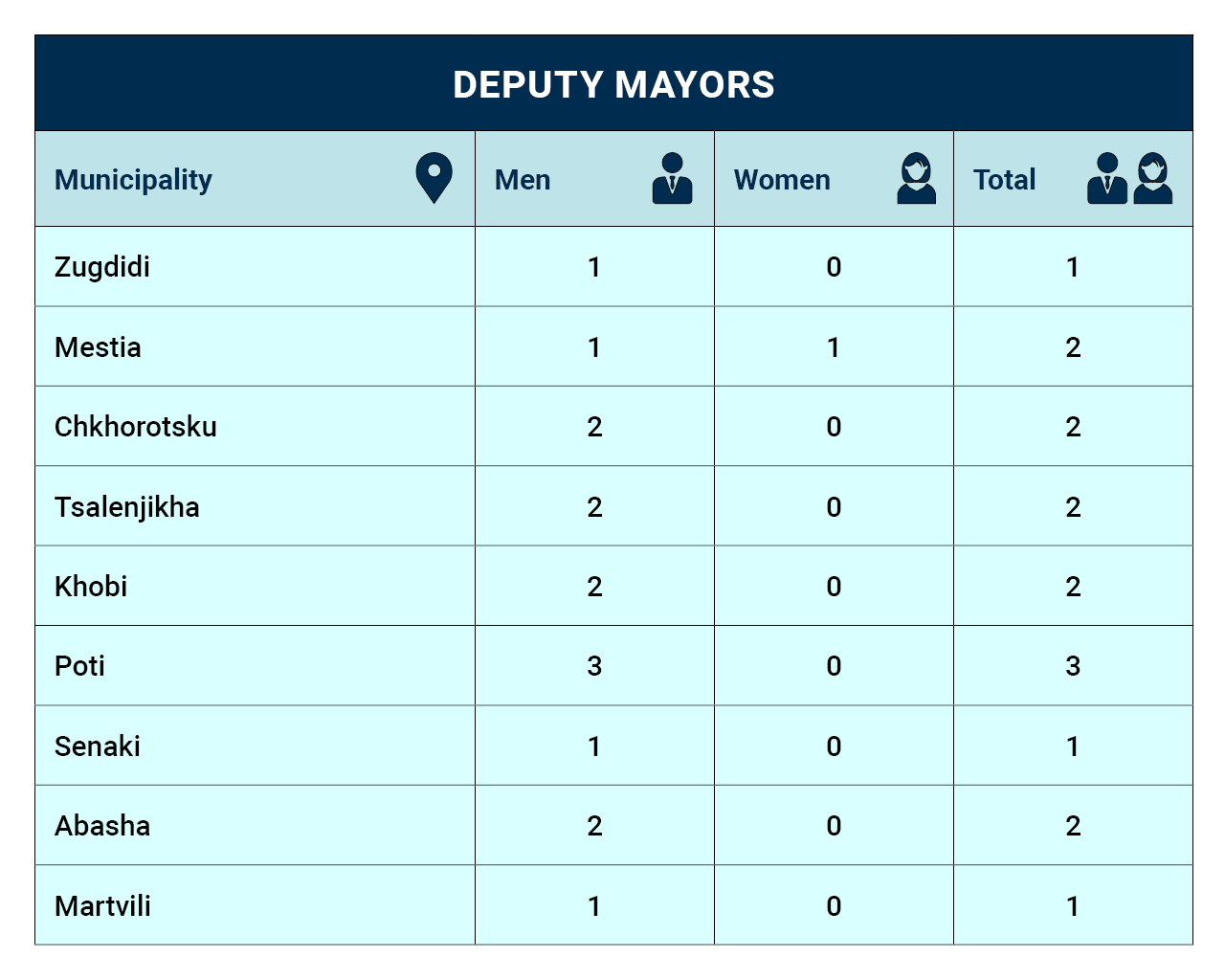 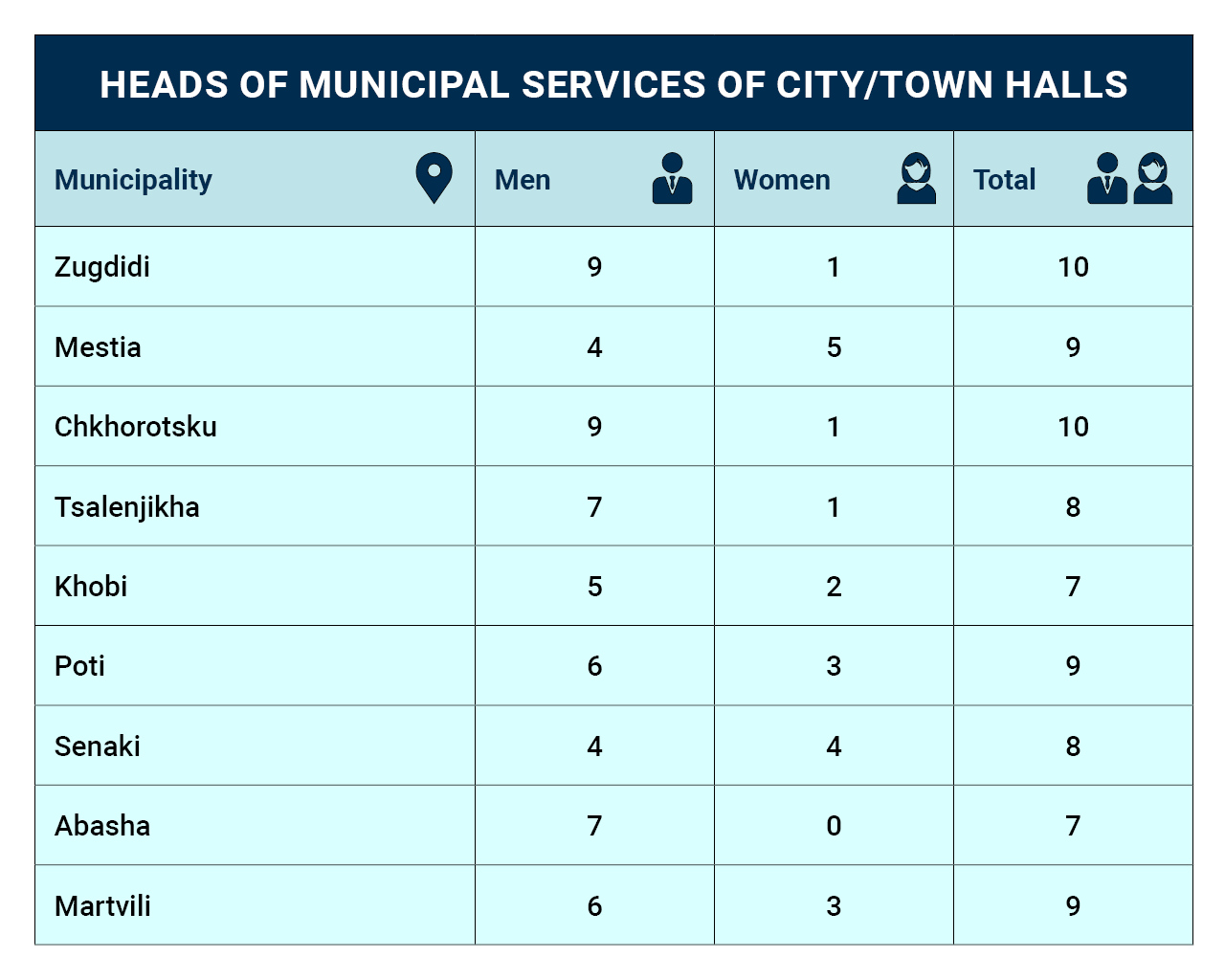 For the first time, the study presents information on the gender distribution of representatives of mayors in administrative units (so-called village administrators). 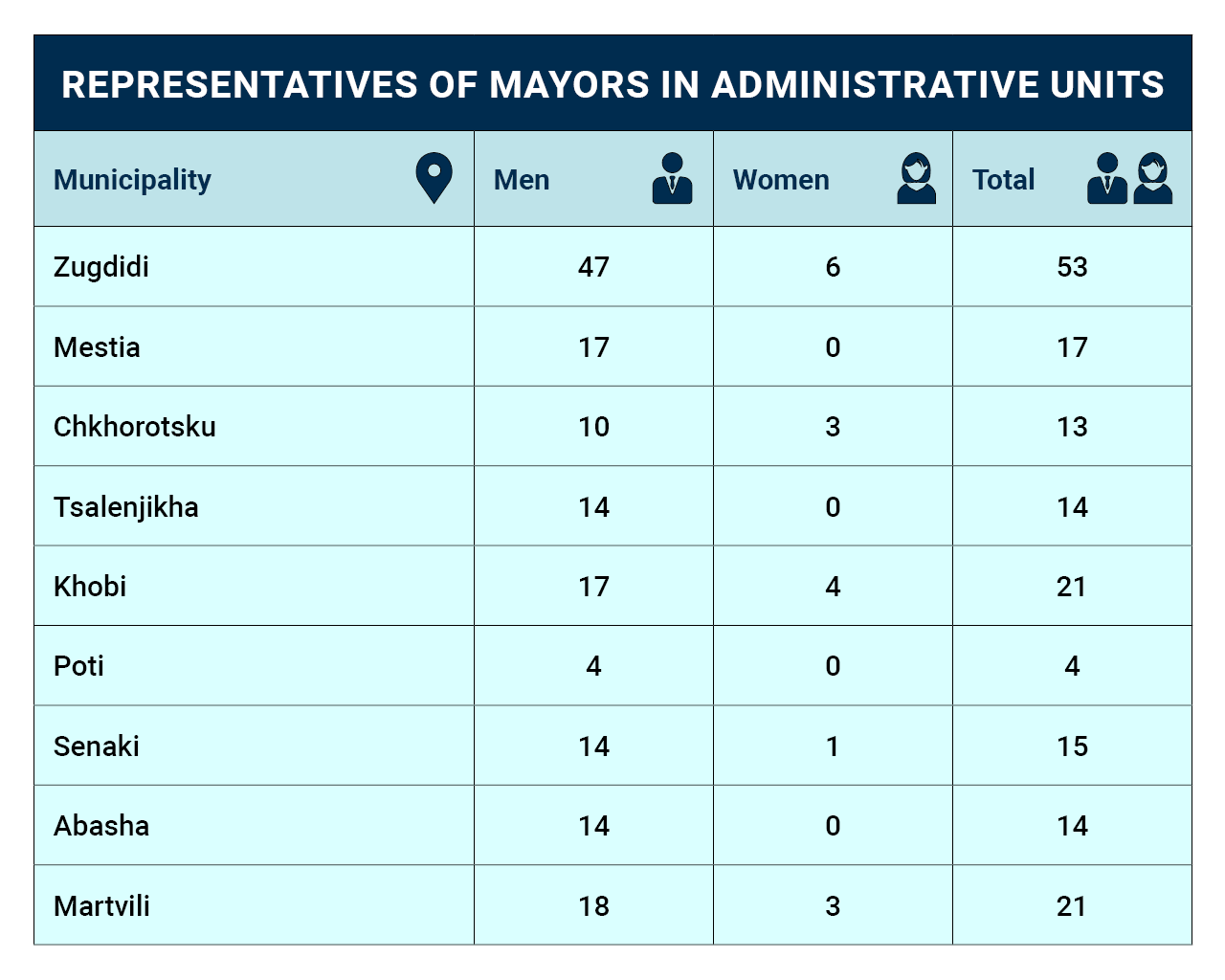