According to Transparency International's 2021 Corruption Perceptions Index (CPI), Georgia has a score of 55 points, which is a one point decrease compared to the previous year. Georgia maintains the 45th place among 180 countries included in the ranking and a leading position in the Eastern Europe and Central Asia region.

The authors of the CPI describe the context of corruption in Georgia as follows:

“State capture and concentration of power is also a substantial concern in Georgia, which leads the region with a score of 55. The influence of the ruling party’s founder, Bidzina Ivanishvili, over key institutions meets the definition of state capture, even though Ivanishvili has formally retired from politics. His party, Georgian Dream, has in recent years solidified its grasp on the judiciary and law enforcement bodies, effectively killing the political momentum needed to fight corruption.“

The Corruption Perceptions Index is the most widely used global ranking on corruption. It measures the level of public sector corruption in each country based on the opinions of experts and businesspeople.

Is 55 points a good result?

Given that CPI’s scoring ranges from 0 (highest level of perceived corruption) to 100 (lowest level), 55 points is an average result. For example, the scores of the top 10 performing countries exceed 80.

More importantly, Georgia's score has not improved significantly since 2012,[1] which indicates the stagnation of anti-corruption reforms in the country. Parallel to the tendency of capturing state institutions, the fight against corruption is not a priority for the Georgian government, and in recent years there has been no reform of enough scale or ambition that would improve the anti-corruption environment. 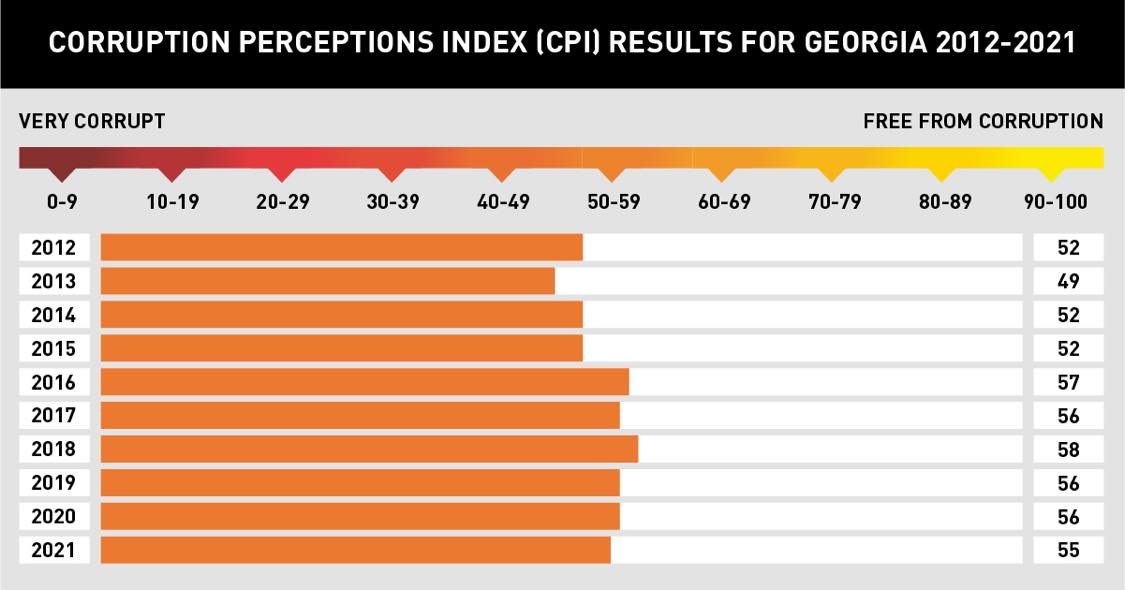 Such an attitude towards corruption is extremely dangerous, since without constant and active resistance the problem of corruption can only be expected to grow.

Georgia's score is largely due to the fact that petty bribery is low in the country. At the same time, the problems and challenges that exist create an ideal environment for corruption to deepen. These challenges are:

The Government of Georgia must formally acknowledge that Georgia has a corruption problem, specifically the problem of high level corruption, and begin to take steps such as:

The Corruption Perceptions Index is prepared based on the research by reputable international organizations, each containing the assessment of the situation prevailing in various countries with regard to corruption. 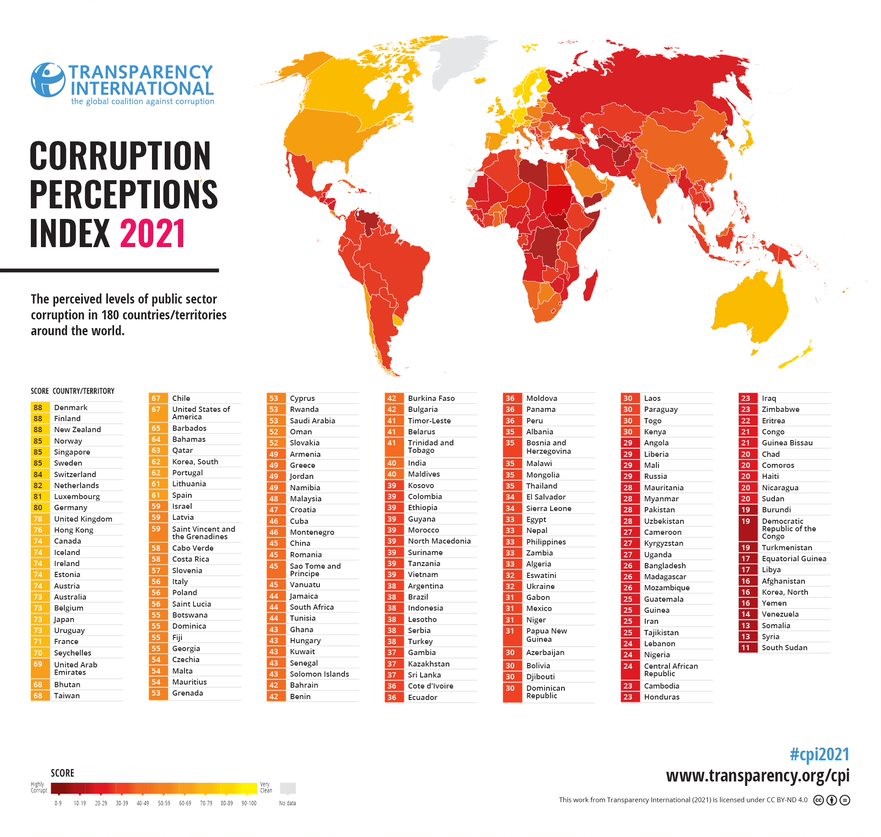 [1] Since 2012, the CPI has been conducted using a new methodology which allows for comparison of results from different years.